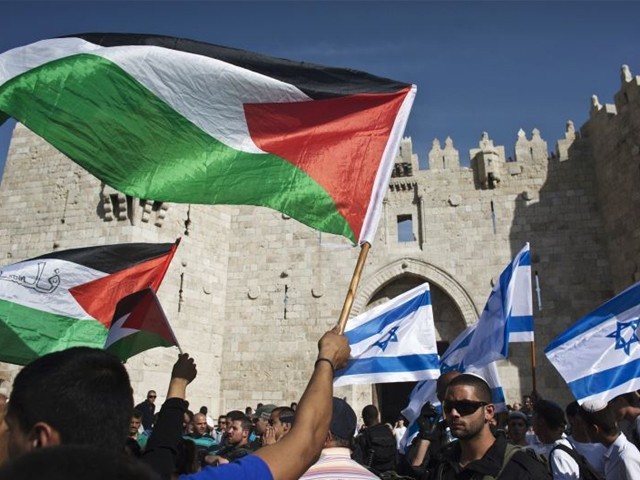 The recently announced deal between Hamas and Al Fatah, the two main Palestinian factions, is being lauded as a historic move for the future of the Israel-Palestine conflict.

Through this political reconciliation, Hamas would cede control of Gaza’s borders and allow the rival Palestinian authority to take over the day-to-day running of the territory. A broad Arab coalition is backing the deal, including Egypt, Saudi Arabia and the United Arab Emirates (UAE), with Hamas expecting substantial help from the Emirati and the Saudis and also getting a green light from America.

One positive aspect of the deal is that it will ease the day-to-day living conditions of the Gazans, since it includes a relaxation of the earlier sanctions against Hamas as well as the opening of the Al Rafah crossing, whose closure by Egypt a few years ago had placed a chokehold on the people of Gaza. Moreover, it also converted the strip into an open air prison for the two million people living there by restricting essential supplies and blocking the only exit for them to travel outside the Gaza strip.

It is evident that the deal is a good move for the people of Gaza. However, to assess the impact of the deal towards the resolution of the Israeli-Palestinian conflict, we need to view it in the context of the complicated mess that is the Middle East.

Donald Trump, during a visit to Saudi Arabia earlier this year, appealed to the leaders of more than 50 Muslim nations in attendance to join hands with the US and combat terrorists, as it is in no one’s interest to support terrorism.

Nevertheless, during the same speech, he lost focus and instead of following through on his earlier remarks and trying to convince them that support to radical Islamic terrorists like IS (Islamic State) and al Qaeda needs to be stopped; he singled out Iran as the fountain head of all the trouble in the Middle East. This accusation was levied despite the fact that the theological underpinning of the IS is the Saudi Arabian sponsored Wahabi-Takfiri ideology and its main support comes from Saudi Arabia and the Gulf. The Iranians, on the other hand, are at the forefront of fighting it – not because they love the US and the West, but because the IS has declared Shias to be the main enemy.

The events that followed showed that the speech was really the initial step of re-instating the defence architecture of Khomeini times, in which Iran was the main enemy and Saudi Arabia and the Gulf states were viewed as moderate countries.

Firstly, Trump went to Israel where he made another declaration that Israel would be ready to negotiate peace with a serious and willing Palestinian partner. This was an encouraging start. However, news emerged that at the same time, Jared Kushner, Trump’s son-in-law and newly appointed special emissary on the Israeli-Palestinian issue, had made several visits to both Saudi Arabia and Israel and cultivated a good relationship with Crown Prince Mohammad bin Salman. It was then reported that Saudi Arabia and Israel were working to establish economic ties in order to improve relations with Israel, which would allow for sharing air space and could possibility lead to full recognition of Israel by the Gulf States.

Understandably, the Palestinians were very upset by this new emerging alliance between Saudi Arabia and Israel and expressed their displeasure to the Saudis.

Furthermore, continuing with the new Middle East policy and following up on his campaign promise, Trump declared his disapproval of the Iran Nuclear Deal and refused to certify that Iran was keeping its end of the deal. Adding to this, the US announced its withdrawal from United Nations Educational, Scientific and Cultural Organisation (UNESCO), citing the organisation’s anti-Israel bias.

In light of these events, I am sceptical about any Saudi, Egyptian and Emirati initiative backed by the US in terms of its potential for resolution of the Israeli-Palestinian dispute.

The question for the Palestinians is whether they can extract anything from their Arab supporters and the US to remove this “irritant”, and present a united front against Iran. To assess this, we need to see what are the main interests of the other parties involved and whether the Palestinians have any remaining leverage.

Israel’s main interest is to legitimise its claim on Palestinian territory in the West Bank and establish a “new normal”. Israel has no fear of Iran and, in the event of any attack, will undoubtedly have all the western support it requires. However, Israel does have a problem with Iranian support, since this enables arms and other supplies to be smuggled into Gaza and provides support to Hamas through its proxies, notably Hezbollah. Israel also has an interest in curbing or eliminating the influence of the Muslim Brotherhood, which has been a staunch supporter of Hamas in Gaza.

With the handing over of the Al Rafah crossing to Al Fatah as part of the deal, Israel’s concern about arms smuggling across this crossing have been addressed. Qatar which had provided the main funding for rebuilding Gaza, after the Israeli invasion a few years ago, has been put in a corner by the recent Saudi-Emirati alliance against it.

President Trump’s interests coincide with those of the Israelis. He would like to be remembered as somebody who brought about a solution to this festering conflict – where past presidents have failed – without having to pressure Israel to make any significant concessions.

For this strategy to succeed, the US needed to soften up the Palestinians before they come to the negotiating table, for which it would have to neutralise their main supporters. In the past, these have included the Arab countries including Syria and the Iranians. The current geopolitical alignment, however, makes this neutralisation seem within its grasp.

Since Iran is the focus of the new US policy towards the Middle East, not as an ally but as the enemy, the US will get the support it requires from the Arab states, who also view Iran as the enemy state.

The improving Israeli-Saudi relations, under Prince Salman, give Israel the access it needs in case an attack is necessary. Iranian support for Palestine is no longer guaranteed, after the Palestinians sided with the Saudis in the on-going conflict between the two states.

The Syrians, who remain their sole supporter, are in no position to help them. Russia may have pro-forma objections but would probably not do much else. Now, the Al Fatah-Hamas deal effectively takes Hamas out of the picture. Therefore, all possible opposition to a US-sponsored peace deal has been neutralised.

Hence, despite all the fanfare of the deal between Hamas and Al Fatah, the potential of the Palestinians extracting any significant concessions from Israel remains very low.