Confessions of a ‘heretic’ 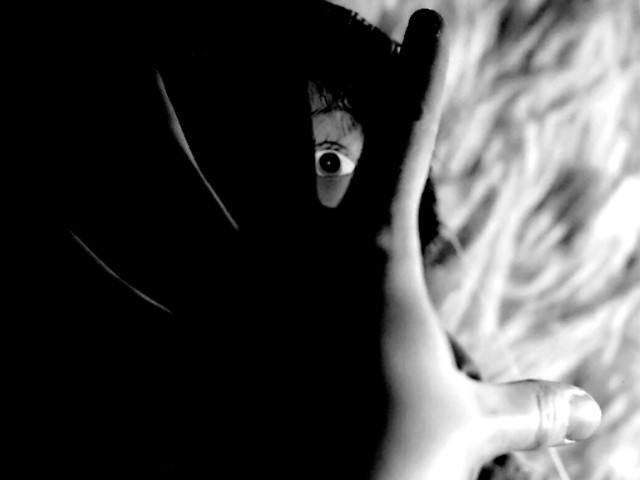 Though I remained alive, the tragic ignorance of my own people killed me.

It was like a nightmare. Dark shadows, mysterious phone calls, dreaming of death -there should have been a reason for all of this, but there was none. I had been declared an accursed heretic.

I could feel them chasing me down, chopping me into pieces and celebrating wildly afterwards. I could sense the happiness they would gain from spilling my blood. The days were getting darker.

I was alive but there was a deadly silence around me.

Suddenly, my friends had stopped talking to me and so called ‘moderate’ art teachers started discriminating against me. My once ‘liberal’ social circle found some strange love for conservatism.

People stopped answering my phone calls. The threatening messages kept increasing every day. I felt isolated. They were getting closer. I realised how it feels to be dead when you’re alive.

I’m a documentary filmmaker and my sin had been to document some mohawked guys with tattoos and body piercings, playing loud riffs, singing Sufi poetry, and (also) offering prayers!

Ring any bells? They were the Taqwacores!

When we filmed Taqwacore – the birth of Punk Islam in Pakistan, things were peaceful. It was a spiritual journey of an American convert who presented the concept of a new subculture in his novel.  After his fictional writing, people from real life started following the idea that, more precisely, synthesised Islamic concepts with Punk subculture, which ended up as a new genre of Punk Rock music.

The Kominas were one of the pioneering Taqwacore bands. It was their story, a story of harmonising peace, a story of rebelling against both US imperialism and Islamic fundamentalism, and finding a new voice, that was so radical in nature. Taqwacore reflected the identity crisis the Muslim youth is facing in the post 9/11 West. It challenged both, western stereotypes about Islam and the clichéd interpretation of violent Islam that is based on their preconceived notions.

But the clerics who declared me a heretic never watched that film.

They never witnessed the spiritual transformation of an American who rediscovered Islam in this land.

They never watched him going to the Sufi shrines in search of the missing essence of peace.

They were not there when the punks were shown walking on the American flag.

I am not being defensive here. All I’m saying is that rationality requires at least knowing about something before opposing it. Sadly, they don’t understand that.

They can impose a fatwa on anything that doesn’t fit in their narrow framework. They can kill anyone by assuming that they have a religious right to do so.

When young girls are forced to marry the Holy Quran for the sake of property, they remain silent.

When feudals continue their inhuman patriarchal norms, they remain silent.

When children are abused at madrassas, they remain silent.

When workers and peasants die due to oppression, they remain silent.

But if you play musical notes, they scream.

If you paint the beauty of life, they scream.

If you write songs of love, they scream.

They continue to kill with sinister smiles on their faces, and we keep quiet.

They wanted to kill me.

What difference would it have made? They have killed people earlier, and they will continue to kill – until we come forward and break the vicious circle of ignorance.

What really and most tragically matters is our silence – the haunting silence of the people.

We were silent when they killed Benazir Bhutto.

We were silent when they killed Salmaan Taseer.

We did not speak up when they killed Shahbaz Bhatti.

Though I remain alive, the tragic ignorance of my own people has killed me. They started feeling like sinners just for being around me.

This assassination of Osama bin Laden is meaningless unless each one of us kills the Osama within. Otherwise they will keep killing you, me and all of us.

An independent filmmaker and political activist who teaches film theory at NCA. He blogs at ammar-aziz.blogspot.com and tweets at @ammar_aziz

Bonded to brick kilns: A song for revolution