#PakvsSL: Pakistan has won 5/8 ODI matches so far, but it must not be complacent yet 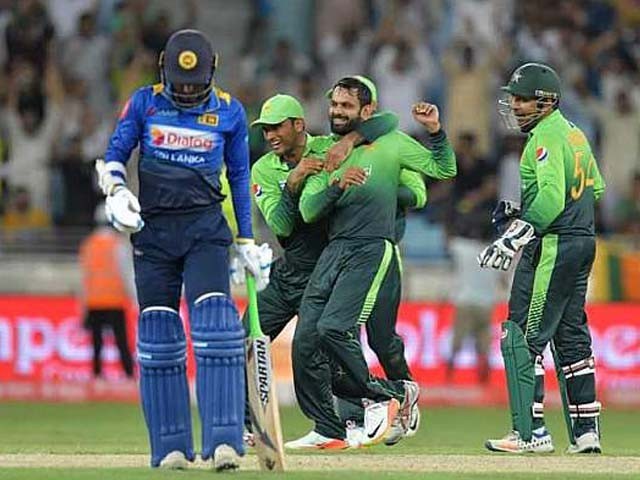 Pakistan's Champions Trophy success a few months back has had a direct effect on their approach in the 50-over format. PHOTO: AFP

Pakistan picked up from where they left in the first ODI against Sri Lanka after a triumphant International Cricket Council (ICC) Champions Trophy campaign. The men in green were clinical in all departments of the game as they strode towards a convincing win at the ‘Ring of Fire’ in Dubai.

Pakistan’s commanding display in the first of a five-match ODI series was just the kind of response that Sarfraz Ahmed would have hoped from his side, after being whitewashed in the Test series at the hands of the Lankan side.

Before the second ODI, it is apt to take a look at some of the talking points from the first game, especially from Pakistan’s perspective.

For openers who have played 24 or more ODI matches over the past three years, Ahmed Shehzad has the third lowest strike rate. While all top sides have openers scoring in excess of 85 runs per hundred balls, Ahmed has been striking it at a rate of mere 72.78.

Pakistan persisted with Azhar Ali and the flamboyant Fakhar Zaman after the first game of the Champions Trophy but while Azhar was rested for the Sri Lanka series, it opened up a slot at the top of the order. While Pakistan went for Ahmed as his replacement, I would have been more content with seeing young Imamul Haq being given a chance.

Although Sarfraz has indicated that he will continue with the same match-winning side for the second ODI, Pakistan will be better off with a new face at the top to partner with Fakhar.

Ahmed’s 12-ball duck in the first ODI where he looked more or less out of sorts, was yet another instance pointing towards why Pakistan should look towards newer faces rather than slotting back in the tried and tested. 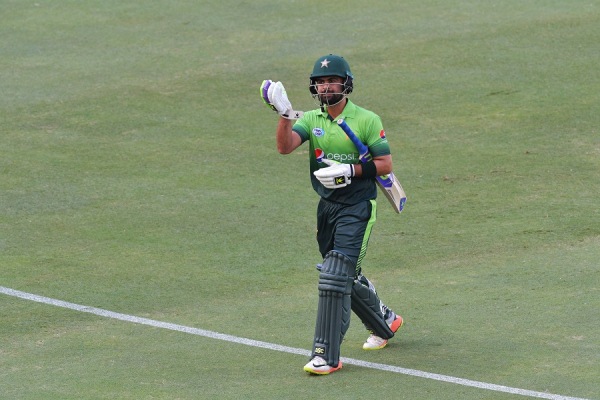 Pakistan’s Achilles heel in the batting department for many years has been the inconsistency of their top order, but it seems they finally have a solution to that problem in Babar Azam.

He has been the lynchpin of Pakistan’s batting over the past year or so, averaging over 55 with a decent strike rate of almost 88. Being incredibly consistent is a trait you won’t normally associate with young Pakistani batsmen but Babar has proven otherwise.

After being all at sea during the recently concluded Test series against the Islanders, Babar seemed a totally different player in the first ODI, looking completely unflustered. With him notching up centuries at the top of the order, Pakistan have one less issue to worry about as far as their batting is concerned. 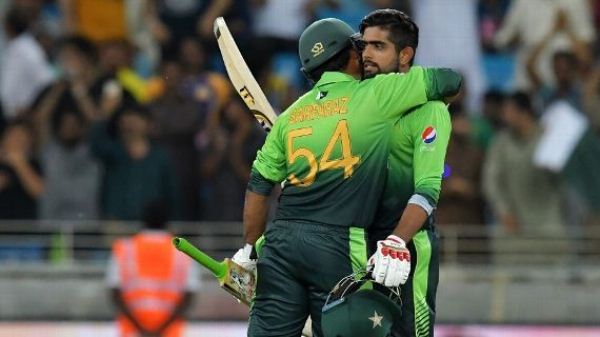 Babar Azam is pulled into an embrace by his captain after raising his sixth ODI century. Photo: AFP

Shoaib Malik has been far more consistent in the ODIs since his comeback, and his innings in the first ODI gave the innings the impetus towards the back end of the innings to propel Pakistan to a solid total.

Shoaib has an average of about 55 per game after his reintroduction into the side back in May 2015. With Pakistan lacking powerful hitters down the order, Shoaib paced his innings to perfection and ended up scoring 81 runs off 61 balls, which was perfectly in line with the situation of the game. He was just the right kind of partner Babar needed at the other end as he anchored the innings from one end. 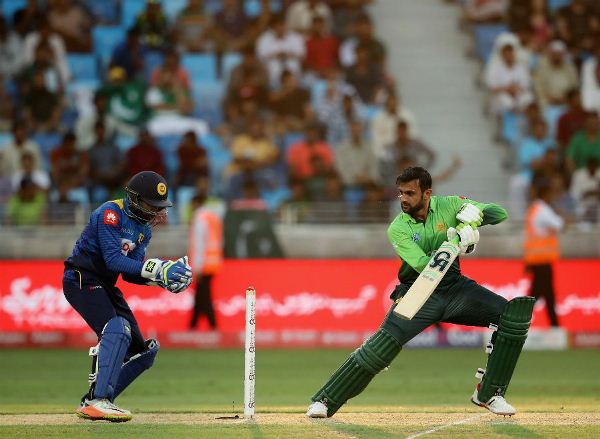 With Sania Mirza watching from the stands, there could not have been a better occasion for the 35-year-old to play a vital role in Pakistan’s win and bag the Man of the Match award.

If Pakistan’s batsmen had a good day with the bat, their bowlers had an even better outing with the ball.

Rumman Raees made full use of the opportunity in the absence of Mohammad Amir, by impressing one and all with his skilful swing bowling with the new and old ball. He has a good chance of cementing his place in the side, as he will most probably play the entire series, rather than just being a back-up pacer.

Hasan Ali’s genuine wicket-taking ability at any stage of the innings make him a valuable asset for the fielding skipper. He has a happy knack of picking up wickets in the middle over phase which pegs teams back rather than allowing them the ability to build up for the back end of the innings.

With Shadab Khan, Mohammad Hafeez and Imamul up their sleeve, Pakistan has diversified spin options which aids their bowling attacks variety. The conditions in UAE are tailor-made for spin-bowling and Pakistan’s spin trio can easily spin a web around any side, and that was precisely the case in the first match. Sarfraz even had the luxury of throwing the ball to Shoaib for a few overs. Pakistani spinners conceded just 92 runs in 26 overs while also picking up two wickets.

Off to Abu Dhabi

Both sides will lock horns once again today at Abu Dhabi for the second time in the series, but what Pakistan must not do is be complacent after their superior display a couple of days ago. Pakistan has won five ODI matches out of eight so far, and can easily turn that into six if they can carry on with the same momentum.