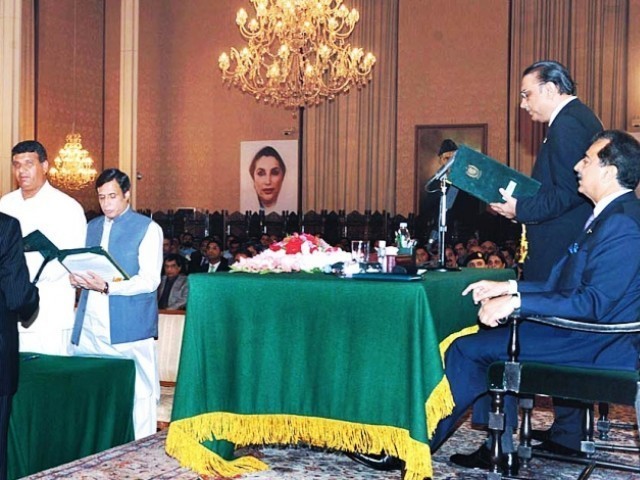 Is President Zardari’s political masterstroke unravelling? Possibly, but not quite.

In all the noise that followed the killing of al Qaeda leader Osama bin Laden, the nation seems to have lost track of the blood sport that is politics in Pakistan. For us political junkies, however, the game is still being played and several developments, some that have not gotten quite as much attention as they should have, are still taking place.

The PPP’s formal alliance with the PML-Q was being interpreted by many as a masterstroke that managed to isolate the PML-N and cripple any chances they may have had of even calling, let alone winning a general election in 2012, a move the Sharif brothers had been contemplating in order to increase their presence in the Senate when the upper house holds its elections in 2012.

The PML-Q, facing annihilation, seems to have thrown its lot with the PPP, permanently if the Chaudhrys of Gujrat have their way. And therein lies the rub: apparently their party members disagree with the Chaudhrys’ assessment of the PML-Q’s political prospects without the PPP and are revolting at what they see as the party being sold off for a cheap bargain.

The PML-N, which had been looking like it was completely cornered, meanwhile, seems to have scented opportunity and is trying to pick off the PML-Q members who seem most disgruntled with the alliance, asking them to join the Sharif brothers’ bandwagon.

So is President Zardari’s political masterstroke unravelling? Possibly, but not quite. If the PML-Q dissidents have any political acumen, they will see that the PML-N is even more dictatorial and cliquish than they accuse the Chaudhrys of being. Just take a look at what they did to Javed Hashmi for having the audacity to speak out in favour of the Seraiki province. If Hashmi, the man who went to jail for the Sharif brothers and kept the party alive during the Musharraf years, is being cast out, then what value do the PML-Q turncoats think they will have? Perennial lotas are perennially courted, but rarely last long in any cabinet position of note. For all their rancour against the Chaudhrys, I think the PML-Q hotheads ultimately know that.