With over 13 stabbings in one month, Karachi needs the Rangers, not the (incompetent) police 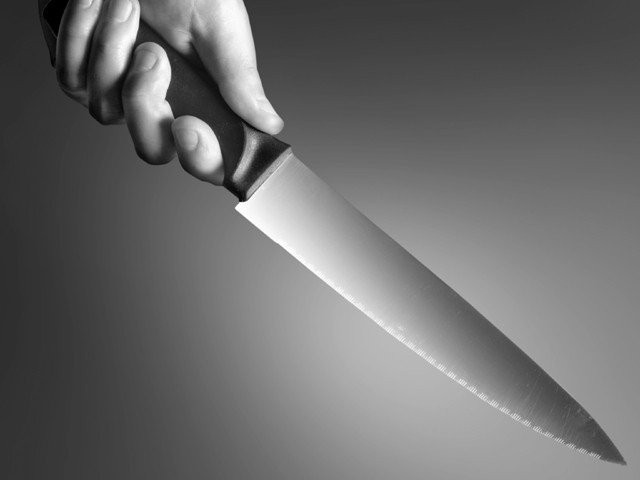 Recently, news broke out that the attacker had been caught, only for another attack to happen and prove that he in fact remained at large. PHOTO: FILE

I have yet to meet a Karachiite who holds a high opinion of our police force. Our police officers are notorious for being highly corrupt and incompetent, which is not surprising, given the level of corruption and bribery prevalent in the system itself.

Therefore, I was not surprised when during a conversation about the recent stabbing attacks, my driver mentioned that the attacker is probably a policeman, which is why he has not been found so far. He was of the opinion that,

“Even if he’s caught, they will not proceed against him, because he is one of them.”

While this may not necessarily be true, this statement alone speaks volumes about the low opinion the common man holds of the police in Karachi.

After stabbing over 13 females in Karachi, all within a span of one month, the attacker is still at large. The police are clueless and the Pakistan Peoples Party (PPP) government has, unsurprisingly, only proven its futility.

The Sindh Home Minister, Manzoor Wassan, believes that the success of China-Pakistan Economic Corridor (CPEC) is the reason behind these attacks. It is a wonder that Wassan didn’t say that the stabber is simply jealous of the tremendous corruption in the province.

The Sindh Chief Minister, Murad Ali Shah, says that the attacker is perhaps the same man who carried out similar attacks in Punjab. He said,

“We will not let anyone play with the law.”

If only the attacker had asked the CM before taking the law into his own hands, he would certainly have refused. The CM needs to realise that it is his government and himself that is to blame for the deteriorating law and order situation in the city. The reason, of course, is that our hard-earned tax money is siphoned away to foreign banks instead of being spent on removing garbage or the improvement of law and order.

The situation has obviously, however, highlighted how completely incompetent the Karachi police have become. The attacker is traveling on a motorbike and his build is visible through footage of the attacks. The crime itself is localised to specific areas.

So far, the police have not only failed to catch the man, but they have also taken to asking civilians to help, including setting a bounty. Recently, news broke out that the attacker had been caught, only for another attack to happen and prove that he in fact remained at large.

Instead of admitting that they have failed at doing their jobs, the Karachi police chief Additional IGP Mushtaq Mahar claimed that while the attacker was probably suffering from psychological problems, he is being encouraged by the excessive media publicity given to the incidents. He is reported to have said,

“We don’t deny that these incidents are taking place but it is our request to the media not to blow these events out of proportion.”

I wonder why he didn’t say that the media should stop mentioning crimes completely. He may believe that the knife attacker will stop hurting women if newspapers and TV channels stop creating an unnecessary hype about his misdeeds, but we know that as long as the number of qualified and trained policemen is not increased substantially, Karachi will continue to suffer.

Again, it’s a mystery as to why they do not have a picture of the attacker, despite the presence of so many CCTVs in the locality. They also claimed that the attacker is unidentifiable because he wears a helmet, even though he has been seen without a helmet in one instance. Perhaps most of the CCTVs are non-functional, having been bought from someone who paid the right people a huge amount in commissions?

The fact is that Karachi needs at least four times the number of policemen on its streets than it currently has. When last counted, Karachi had only 26,000 police officers to maintain the law and order situation in the city. About 40% (11,000) of these are involved in protecting VVIPs from attacks, so that leaves only 15,000 to patrol our streets and catch criminals, thieves and other law-breakers.

No wonder cell phone snatching and other crimes continue to soar and the residents of the city are often scared to venture out of their homes after dark. There is only one policeman for every 1,000 Karachi residents, which is simply not enough. Compare this with London, which has one policeman for 152 people, or New York with one policeman for 237 residents. So, increasing the number of policemen in the city is the first thing the Sindh government should do.

Other than increasing the number of policemen, the government should impart adequate training to them. To catch criminals such as the knife attacker and cell phone snatchers, plain-clothed police officers should be deployed throughout the megalopolis. Of course, the government should immediately suspend and punish those police officers who harass innocent citizens or who indulge in robberies and crime. But if they continue to appoint policemen who are activists of the ruling party or who are from their home towns, there is no hope for the people of Karachi (who pay 96% of the taxes required to run the Sindh government). If the crime cannot be controlled by the police authorities, which they usually cannot, then the Rangers should be deployed on immediate basis.

As for those who manage our police stations, the less said the better.

When the first victim went to complain and file a report about the attack, they suspected that her father had stabbed her and detained him. This is the main reason why the suffering people of Karachi never go to the cops when they are robbed; they know they will be harassed to no end.