Squash comes home – but do we care? 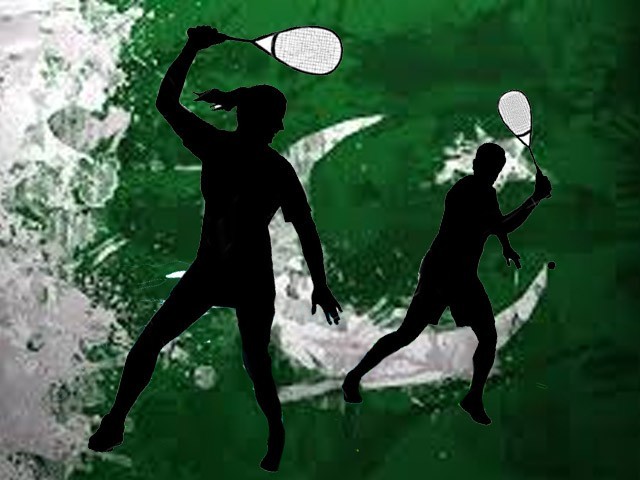 Regardless, these events bring a lot of promise for squash in Pakistan.

This is a ray of hope for squash in Pakistan, which before the retirement of Jansher Khan used to be one of the most widely celebrated and played sports in our country.

Once upon a time, squash had an organised infrastructure for its development within Pakistan and for the nurturing of aspiring talented players. However, as of recent, the level of the game has gone down as we have failed to win a single championship since Khan’s last victory in 1996.

Nonetheless, squash is still the only sport in which Pakistan has won a mammoth 14 World Championships, which are the most in the world, ahead of Australia’s eight trophies. Thus, it is one of the most celebrated and played sports in the entire nation.

Since January, Pakistan has not held an international PSA sanctioned event. The Pakistan Open Men’s Squash Championship and the Air Staff International Women Squash Championship mark the beginning of international squash coming back to Pakistan. The former promises award money that values at $50000 and the latter’s award money values at $25000. These events will be held between December 19th and 23rd at the Mushaf Squash Complex and the PSB Roshan Khan Squash Complex.

Pakistan recently lost its right to host PSA events following a decision in February 2017 that quoted security threats as one of the reasons. In fact, Khan even blamed India for this ban.

On a positive note, the events promise to be of great calibre and aspire to attract a massive audience, both within Pakistan and from outside Pakistan. It will also attract an international competitive pool owing to the large prize award. Furthermore, they promise to bring entertainment to squash lovers within and outside Pakistan.

The chairman of the Pakistan Squash Federation (PSF) was quite ecstatic to hear about squash’s advent back in Pakistan, after a rough year. Similarly, the PSA Chief Executive Alex Gough was delighted to confirm this news as well.

“We look forward to working with both the tournament promoters and the Pakistan Squash Federation in the coming months and hope that a successful tournament will enable us to add more tournaments based in Pakistan to the calendar in the future.”

Despite the fact that this is great news for Pakistan squash, quite a few issues still need to be worked on.

Firstly, the PSF needs to ensure that proper measures are implemented to ensure that no incidents take place to hinder the prosperity of squash within Pakistan. Furthermore, the PSF must take this as an opportunity to provide a platform for struggling players in Pakistan; these players are unable to avail opportunities due to a lack of resources in Pakistan.

This event can be utilised to gather funds for PSF and to ensure that the squash situation in Pakistan improves. Places such as Punjab Squash Complex and GOR1 Squash in Punjab are in dire conditions and require a lot of restructuring, especially if we want to nurture the next Jahangir Khan, Jansher Khan or even Gogi Allauddin.

Regardless, these events bring a lot of promise for squash in Pakistan. As followers and celebrators of the sport, we can only hope for the successful completion of them.