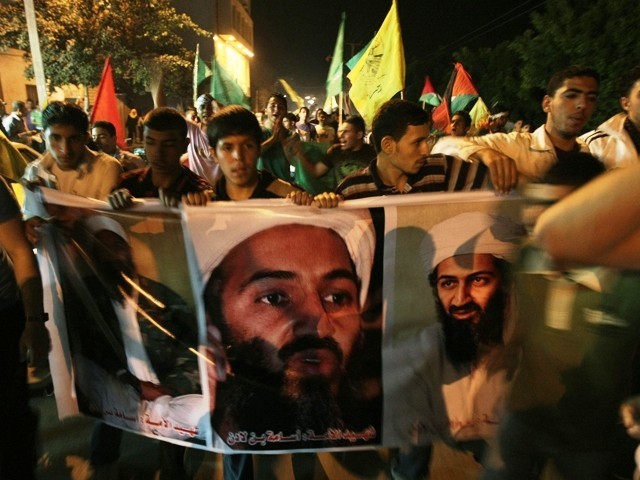 Without proof, the man will become larger than life and will never really die after all.

Osama Bin Laden is dead, but you knew that already. You’ve heard about it a million times by now and probably swapped inane conspiracy theories back and forth. It seems like a great moment in history doesn’t it?

The most wanted man in the world, a six feet plus Arab who evaded and dodged the world’s most powerful military and intelligence sources for over a decade has finally been hunted down like a common criminal and eliminated once and for all.

Pakistan awoke to the news with surprise. It seemed so surreal, so theatrically staged. Obama proclaimed the news with the haughty dignity of a twice-removed prince about to reclaim the throne again (at least for another four years). Americans rejoiced a plenty as if all the world’s problems and all the world’s woes were solved. As if fundamentalism and terrorism had finally been eradicated from the face of the earth and they need never fear again. If only we could be so sure.

Maybe now the world is safer and this was just a crazy dream where the fear of unguarded bags at public locations and sharp objects on planes almost created a clash of civilizations. Even so, the events of that fateful day when smouldering, crumbling towers fell to the earth may never be vindicated by a covert strike in a not too important city in Pakistan. Somewhere in this nondescript town, as twilight embraced the sky and helicopters hovered precariously, justice was finally being delivered. And after it was all said and done, according to full Islamic rites, the harbinger-of-doom’s bullet-ridden corpse was laid to rest in the depths of the sea, never to be seen or heard from again.

Like many others, I am impressed by the story, but I want more. Something, anything that proves he really is dead.

A body perhaps, photographs of his corpse, something to convince me that this is true and we can move on with our lives, filled with hope for tomorrow.

Maybe it’s a desire for closure, a sign and a verification that this embodiment of hate is no longer among us. Almost all the individuals I’ve spoken to have agreed that the story itself is not credible enough.

What they, myself included, want is proof – photographs, videos, a set of dental records – anything that confirms what we want to hear most.

When Saddam Hussain was captured, we believed it because we saw it. Those familiar images of a disheveled and bearded Saddam covered in hair as a tongue depressor was jammed down his throat was enough to convince us that the man was caught. The problem with Bin Laden’s death is, sadly, that the man himself was too big for his death. One would imagine that this prophetic acolyte of hate, who fanned fiery flames of death and destruction, would somehow die in an equally explosive fashion. And while parts of his death do sound incredible, without visual evidence, this event just seems so insignificant.

From an American perspective, withholding visual evidence makes sense. Why provide documentation which may just inflame the Muslim world unintentionally? After all, as long as the al Qaeda knows he’s dead, that’s all that matters. Who cares if the international community believes it or not? There is far more benefit in keeping this visual proof under wraps than there is in publicly releasing it. And as long as this paradigm prevails, one thing can be certain. Conspiracy theories and crackpot talk concerning his fake death will abound plenty. Or, worst-case scenario, the man will become larger than life (since we Pakistanis have an attraction to martyrs) and will never really die after all. I can understand the American desire to keep any visual evidence of his death hush-hush. But I speak for many when I say there needs to be some proof confirming the truth.

We need to move on

So while the world celebrates, this is just another day. For me, Bin Laden was already dead. I assumed he died in the remote mountains of Afghanistan a long time ago. It was hard to believe that a man requiring dialysis for his kidneys would survive in a cave between Kandahar and Jalalabad. Whether he was still functional as a commander or strategist to al Qaeda is open to speculation.

His death may make him a martyr or create a loss of morale for al Qaeda but it certainly is not a victory against terrorism or extremism. Our struggle is just beginning, as long as we realise that his death signals our start to end the seeds of evil he had planted. But until his death remains an unconfirmed vision, we may just stagnate in disbelief and desperation. Perhaps this is just one of those moments that is meant to have some meaning but it doesn’t. There’s no sense mourning a man who was dead to me already or who may still be alive right now.

And if it’s true that he’s dead, let’s see some proof so we can lay this demon to rest and work on picking up the pieces of the shattered worlds he left behind.

Love is more than roses: The legends behind Valentine's day