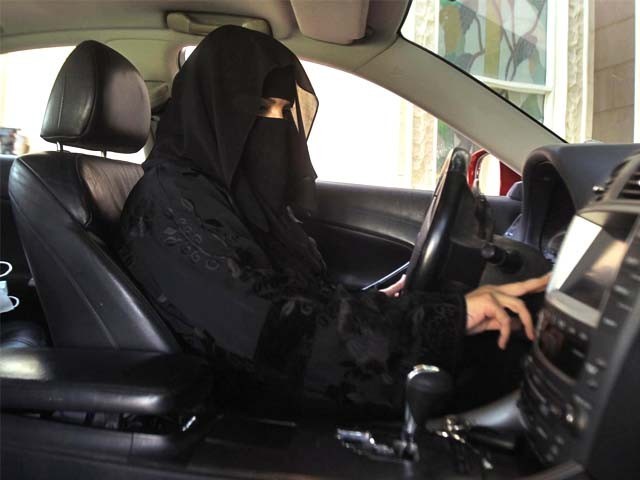 I was at the wheel of my own motor when the news came over BBC: King Salman of Saudi Arabia has issued a decree permitting Saudi women the right to drive.

In one royal decree, he had swept away decades of injustice against half of the Kingdom. As I navigated the evening rush hour in New York, I felt the tears welling up in my eyes. An almost unintelligible Saudi women activist speaking to the BBC babbled with joy at the news, announcing that she would now drive her dream car – a Ford Mustang convertible.

Saudi Arabia until today was the only country in the world to ban women from driving. Eighteen years ago, when I moved there to practice medicine, I left my Lexus in Long Island, handing over the keys for safekeeping, knowing I was kissing my freedom goodbye. But it wasn’t until arriving in the Kingdom 24 hours later did I truly understand how immobilised my gender in Saudi Arabia would make me.

Immediately bundled into a van with tinted windows, my unveiled self was hidden from public view while my wordless meet-and-greet man, Hamza, drove me to the compound that would be my home while I worked for the Saudi Arabian National Guard Hospital. From then on, I was legally bound by an unwritten, but very firmly enforced, Saudi law forbidding me to operate a motor vehicle.

I would spend two years waiting for drivers to take me here and there, in bone dry 120-degree (F) heat, the Saudi air traveling up the sleeves of my black abaya like a hot hair dryer and actually singeing my nose-hairs as I breathed in. Not being accustomed to waiting for anyone, it was a test in patience which I would frequently fail.

Coordinating a social life without considering the logistics of when a driver would arrive, when I would have to be ready to leave, coordinating drivers with my women friends who had families which shared one driver even with several vehicles, the amount of organisation, disappointment and delays, was part and parcel of life in the Kingdom. And we were privileged women who had money and cars for drivers. Those women with less were utterly housebound as even taxi services were yet to be fully developed.

The first Arabic word I learned in the Kingdom was ‘al-atul’ (straight on) as I would need it all the time when giving directions. The second word I learned was ‘schweyah’, meaning ‘slow down’, that I would say obsessively like a mantra.

There in that Kingdom, in the back seat, I would hold on for dear life until I found my fantastic Egyptian-Christian driver, Zacchariah, who would observe the sedate 40 miles per hour (mph) speed that I felt comfortable in while the rest of the country drove routinely above 80mph and sometimes over 100 mph.

Meanwhile at work, I pieced together countless victims of Saudi road trauma and pronounced (dead) a fair number too. The experience of both not driving and witnessing the carnage as I went about my work as a critical care physician in a trauma intensive care unit, was enough to change my feelings about driving lifelong.

Some nights, waiting for our driver after an elegant dinner at the Sir Norman Foster-designed Al-Faisaliyah skyscraper, which was not fully completed at the time, we were subject to leering stares of Saudi youths, brimming with pent-up testosterone hanging out of their Lamborghinis and  TestaRossas which prowled around us. Meanwhile, curb side, religious police, the Muttawaeen, chastised us for exposing our beauty (because our hijab-ed faces were exposed) and advised us to cover our faces. There we stood, like lemmings, waiting for our driver so that we could get the heck out of there and not be objectified either by religious men or the criminally handsome men irreligiously cat-calling us.

Then there were the bizarre conversations. While I dreamed of returning to New York City to my luxury black-on-black sedan (blasting Led Zeppelin) and quipped it was my personal WMD – Weapon of Mass Wahabi Destruction – I was stuck in a South African taxi euphemistically called a ‘limousine’. My Saudi women friends, daughters of liberal and educated wealthy families, meanwhile debated the pros and cons of luxury cars purchased in Germany at the Mercedes Benz factory – a rite of passage for the Saudi middle-class.

One day, getting into the back of a new car my friend’s father had purchased, she was extolling the virtues of the wheel-base. Wheel-base, I thought to myself, who gives a damn about that?

“The 7 series,” she explained patiently, “has a very long wheel-base, Qanta. Plenty of room in the back and very good for the abaya. See, how much legroom!”

We looked down at the well behind the front seat where my friend was elegantly arranged in swathes of her abaya pooling around her designer heels. I realised then, while every time I bought a car I went straight to the driver’s seat and then a test drive, my Saudi women friends were instead opening up the back door, trying out the back seat and comparing the specs on wheel-bases.

That’s how insane the driving ban made us as women. Even though it has been 16 years since I was last denied the right to drive, as I handled my own vehicle tonight in New York (ironically with a very long wheel-base itself), I was overjoyed for Saudi Arabia’s women and girls today. The daughters of my friends will never know the privation of being denied autonomy the way their mothers and I were. The Saudi women who took so many risks and paid the price in imprisonment will be rightly honoured by this decision and will come to be regarded as the Emmeline Pankhursts of Arabia.

But this decision is also incredibly beneficial for Saudi men who were unable to afford paid drivers and would often struggle to ferry women to and from where they needed to go. This liberates families from the burden of employing a driver. It will also empower not only Saudi women, but the foreign expat women who are there at the moment.

Most importantly, women will be symbolically much closer to being recognised as equals in the eyes of the state, as Islam had originally intended. The first Muslim in history, Hazrat Khadija (RA), first wife of the Prophet Muhammad (pbuh), was no less a wealthy merchant holding her own wealth, initiating the marriage proposal to the Prophet (pbuh) and possessed whole caravans of camels via which she would indeed travel. Muslim women are from the beginning of Islam holders of wealth and autonomous in their movements and decisions. Saudi women, with car keys in their hands, will now finally join their ranks.

There will be major adjustments. More than a million expatriates, usually Pakistanis, Egyptians and other migrants, are currently employed by Saudi Arabia either at government institutions or privately. They will now be less in demand and many of them will lose their livelihood. Carmakers long invested in the Saudi market where women have held at least 40% of the private wealth in the Kingdom (2011 data) and often made decisions about purchasing cars. Carmakers had responded by casting cars in pink and purple hues to win over women decision-makers who would never drive these vehicles. That will all change.

But today is a moment for every Saudi woman. As I raced back though the tree lined avenues of Long Island in my own beast of a motor, I couldn’t stop smiling – today, thousands of miles East from here, in a place I once lived, Saudi women at the wheel were feeling the same freedom, power and elation as I was.

‘Allahu Akbar’ (God is great), ladies of Saudi Arabia, you are finally in the driving seat!