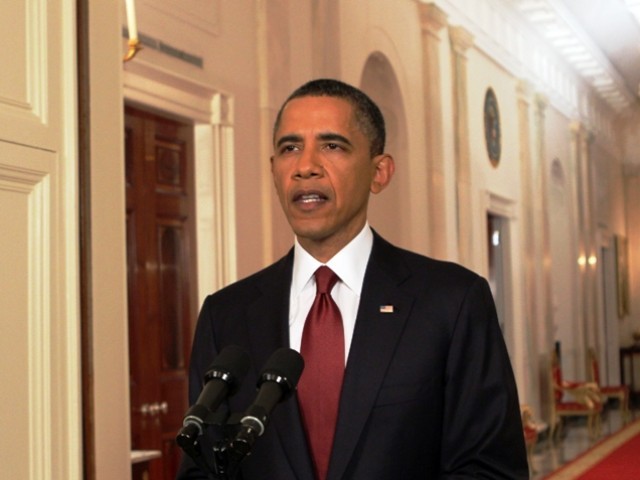 Bin Laden’s death has most likely earned him general brownie points, but unless Obama can fix the economy and troops out of Afghanistan by November 2012, no American is going to be thinking about Bin Laden when casting a vote.

When Osama bin Laden was killed, I was at a dinner party given by an award-winning author, munching on sweetbread and chatting up brilliant filmmaker, writer and activist types. Though I’m in the country where Bin Laden was tracked and killed, for me the news ironically came from America. I read about his death in an email from Mississippi shortly after waking.

My American friends are bombarding my Facebook wall – “What’s it like to be there right now?” Honestly, I feel happy, scared and fairly apathetic. As I rode to work,  I watched Defense pass outside my window—the mosque, the goats, the  high rise construction site, the Pakistan State Oil station I see at least twice a day—and thought, ‘this is what a world without Osama bin Laden looks like.’ And I felt unaffected.

I wonder too—what’s it like here, what will it be like a week from now, a month from now, a year from now? What will Osama’s death mean for al Qaeda, for the organization’s past and future victims, for American foreign policy and for those living in regions affected by American foreign policy? What does this mean for Pakistanis, Afghans, North Africans, Americans abroad?

Al Qaeda seems to be keeping mum, but according to Al Jeerza ,websites produced by al Qaeda sympathisers are treating the death-reports as credible and expressing gratitude that Bin Laden was not taken alive, to be tortured and humiliated.

Pundits from both Arabic and Western news outfits seem to consider bin Laden little more than a figurehead. He may be mourned by his followers, but the general consensus is that al Qaeda is a complicated, diasporic organisation with many centers, and that Bin Laden’s death won’t serve to discourage acts of terrorism.

And while American forces may have entered Afghanistan to procure Bin Laden—and even that is debatable— Bin Laden has little to do with America’s continued presence there. I can’t speak for all Americans, but as I understand the situation, we are still in Afghanistan because we’ve aggravated an already messy situation, we don’t know how to fix things and we don’t think we can, in good conscious, pull out. Killing Bin Laden may boost the morale of American troops, but I doubt it will affect much else in Afghanistan, except to possibly boost acts of terrorism in the short term.

Preventing terrorism on US soil is in our Afghanistan-justification cocktail somewhere. I hate to sound so cynical, but I’m not sure if our troops have been effective on that front, either. We haven’t had any major acts of terrorism on American soil in a decade, this much is true. But it’s also true that thousands more Americans have died fighting the War on Terror than in the 9/11 attacks, to say nothing of the Iraqi, Afghan and Pakistani soldiers and civilians who have been “sacrificed” to the cause.

Reuter reports Bin Laden’s burial at sea, which seem a bit hasty and thin. Maybe this is to prevent followers from attempting to steal the body or turning his grave into a shrine?

Obama was able to accomplish what Bush probably considered his own fated mission, but I’m not sure it’s going to win Obama new long-term fans. The commentators who are convinced that Obama has now sealed the 2012 election have obviously spent little time in the South in the past two years.

In the red-blooded, red-voting South, there’s a history of racial, religious and political prejudice that predates the War on Terror by centuries.  I’m sure bin Laden’s capture is being viewed not as Obama’s accomplishment, but as the end result of tactics established under Bush’s command. Obama can toss around August 2010 as much as he wants, but many of the white, regularly voting Southern US views Obama as an institutional pawn constructing America-the-welfare-state at best and at worst, as a foreign-born Muslim who pretends to uphold the Christian ideals America was founded upon while stealing the presidency from an actual American citizen.

In his address to the American people, Obama diplomatically noted Pakistan’s cooperation in a successful mission, but there are conflicting reports as to whether or not Pakistani intelligence was actually informed of or involved in the operation.  The Pakistani government most likely fears retaliation from al Qaeda or other militants, and coming off a week of political violence and inexplicable blasts targeting Navy personnel, in Karachi alone, the Pakistani government is wise to remain silent.

Even if Pakistanis are happy about Bin Laden’s death, if America launched a military attack on Pakistani soil without the blessing of the Pakistani government, it’s not going to do much to boost America’s image among the Pakistani people.

As for Obama’s image, Bin Laden’s death has most likely earned him general brownie points, but unless he can fix the economy and get us out of Afghanistan by November 2012, no American is going to be thinking about Bin Laden when they cast their vote.