‘Professor sahab, please help me get in to college’ 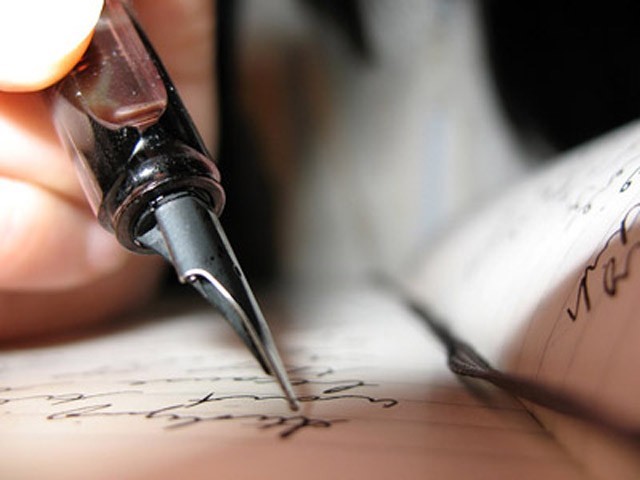 The worst part of it all is collecting the recommendations.

It has been a good seven months now. And I am still not done with my college applications.

At first, the process seemed as simple as looking for the right university. I narrowed down my list of choices to Canada, googled a list of Master’s programmes and found myself overwhelmed with the choices.

“British Columbia is too cold, you’ll freeze to death!”

“Do you even know how far Vancouver is? It’s like a whole other country.”

The next step was fairly straightforward. Look up the requirements for these universities and make sure you meet them. The worst part of it all was, however, collecting the recommendations. While it is strange enough to stalk your professors while you’re still at college, it is ten times worse when they are in a different city, or in my case, a whole different country and on a maternity leave!

Even though I have doubts in my professors’ ability to remember me a year after graduation, the ones I approached never let me feel that way. The better ones asked me for the courses I took with them and my intended programme of study and then there were those who asked me, quite blatantly, to write it myself.

I gave my professors more than a month to write the recommendations. So you can probably imagine my horror when a week before the deadline, I was still waiting for them to arrive – and that too from Latin America! It was around this time that I learned that my instructor had just had her first baby. I felt like a monster persistently asking her to write good things about me when she clearly had better and more important things to take care of.

“Yes, I just received the professor’s email. I will print them out and courier you sealed copies.”

I spent the next day, getting the rest of the documents in place. I was cutting the deadline so close that I had to receive the recommendations from Lahore in the morning and had only till the evening to courier them to Canada.

Every ring of the door bell sent me running to door. Finally at 1pm the documents arrived. I thought the worst was over but it was clearly not my day. I opened the package to find that the recommendations for two, separate universities were sealed shut in one envelope. If I broke the seal, the recommendations were useless and there was not enough time to get the mistake fixed.

In the end, I only managed to apply to three of the four universities – one of whom will be delighted to read the same professor recommending me to two different colleges.

I can laugh about this in retrospect, but if I hadn’t managed to get into my first choice university, this blog would have had a completely different tone.

A month ago, I received an acceptance letter. Since then, I have been on a wild chase for visa documents but that is a story for another day.