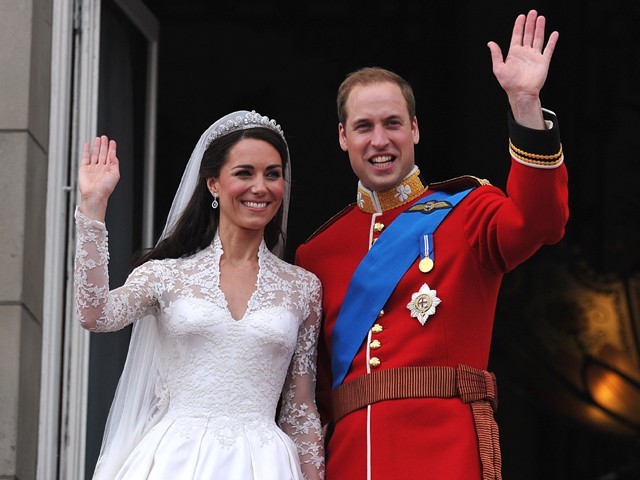 Britain's Prince William and his wife Kate, Duchess of Cambridge, wave to the crowd from the balcony of Buckingham Palace in London on April 29, 2011, following their wedding. PHOTO: AFP

With headlines such as “Shahbaz Sharif calls for Karachi province” and “Twin attacks on Navy buses” doing the usual rounds on the front page of just about every major local newspaper, one can’t help but use all the media spotlight surrounding the royal wedding as an escape.

After all, it is a fairy-tale of an event and something that allows those who watch it to think about things that are decidedly better than the humdrum of their daily lives.

Prince William, second in line to the British throne and elder son of the heir to the throne, Prince Charles and the late Princess Diana, finally married Kate Middleton on April 29.

The royal wedding was a massive media event and it was not surprising to see even Pakistani channels showing it live, not just the BBC or CNN – in that sense it clearly must have struck a chord with Pakistanis.

Meanwhile, several websites were offering everything – from behind-the-scenes tweets to extensive ongoing coverage. Whether or not one cared about this wedding — and there were many who didn’t — there was no escaping it.

Google went so far as to publicise the extension of their Google Earth 3D imagery to propose a “Royals’-eye” view of the entire wedding procession.

YouTube went ahead and one-upped it when the royal household announced that the entire ceremony would be streamed live on their official YouTube channel at youtube.com/theroyalchannel.

Being the climax of months of media focus, the wedding of Prince William and Kate Middleton proved to be an historical event.

All this hype just makes you wonder one thing though: Was all the hype there because Prince William is second in line to the throne? Will there be as much build-up and media interest when Prince Harry decides to marry? Or will the attention to his wedding be comparatively discreet — since he’s obviously not likely to take over the throne.