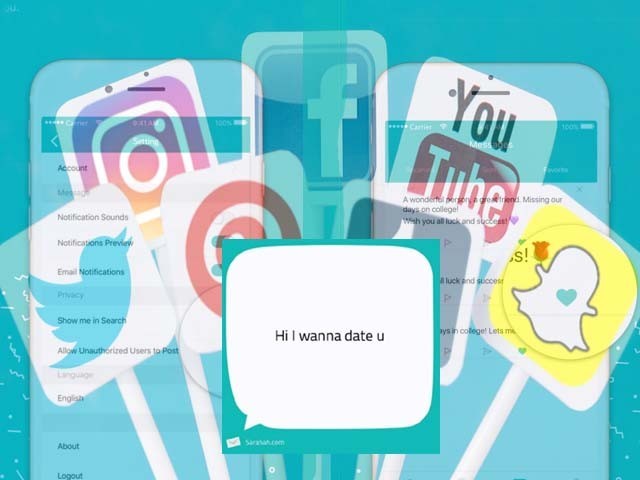 So Sarahah isn’t really doing anything new at all.

It feels as though nothing under the sun will ever be new again. The movies are all sequels or reboots, the series all follow similar story arcs and the tech world is glutted with the same kind of boring distractions. The latest fad on our smartphones is a ‘new’ anonymous messaging application called Sarahah, and it promises nothing more.

One makes an account, posts the link onto various social media websites that one is in the habit of using, such as Facebook, and your ‘friends’ can send you anonymous messages.

Sarahah is essentially an honesty app that gives people the courage to ‘hide’ behind their anonymity. It was created for the purpose of giving feedback in workplaces without hurting peoples feeling but like everything, it was taken over by the millennials.

It’s likely that, in time, other features will be added (possibly the ability to post pictures and videos) but for now, Sarahah loses its appeal after about a week. Perhaps I’m too old for it. The people I know online are mostly people I know personally who are entirely capable of saying whatever they like to my face. In fact, a battle of wits is sometimes the most exciting thing to happen to us all month. After all, there is nothing like the satisfaction of watching a reaction to what you say, hearing a retort and answering back.

The best part is perhaps the fact that you know exactly where you stand with someone. For example, Aunt X can never see you enjoying yourself, obviously, or your cousin Z is always comparing the prices of your outfit to her own. You know where all the snakes are because they’re all in plain sight, wrapped around you mother’s tea trolley, eating your mother’s food and disparaging your mother’s children. As far as friends are concerned, who even has the time of the day for people that one doesn’t already know inside out. Acquaintances, of course, can think whatever they like. If they hate us, then who even gives a flying Ferrari, and if they love us, then they are clearly terrible judges of character and not worth associating with.

If Sarahah was released 10 years ago, it would have been a different story. Our generation has seen the virtual world being born and has watched it mature into what it is today. We remember what it was like when the best one could do was drag the landline to one’s room and try to have a conversation without eavesdroppers.

We’ve weeded out our online playgrounds and our peers are more, if not equally, jaded. We have been deceived enough times to now have accepted that people are perfectly capable of hiding their true selves without the mask of the internet. So Sarahah isn’t really doing anything new at all.

Teenagers are probably the ones deriving the most enjoyment out of the app. They inhabit the multiple virtual planes of FaceSomething, InstaThis and SnapClapTrap and probably cannot remember (or even imagine) a world without them. They are still cultivating the online gardens of their folly, and are accessible to people who they may not know very well. They have the time to send anonymous messages and care about their invisible reactions. They can derive satisfaction from confessing something to being a secret admirer or by leaving nasty personal comments (preferably in groups).

For many people, the app is a way to put people in their place, without telling them it’s you who has done so. For others, they post screenshots of every secret message they get on social media, either for an analysis or perhaps sympathy. It is a new way to pass time, a new Vine, a new 9gag, and a new Dubsmash. It is almost as if the comments section has been put on a pedestal. People will be bullied and probably driven to extreme lengths in their despair, and of course inappropriate messages cannot help but exist. We live in a society where one half can be lewd in the streets and the other can be lewd at weddings. Nothing to see here, carry on.

New York Magazine published an article outlining reactions from teenagers about the app. The responses were mixed, but there was one common factor – the notion of bullying.

When asked about the app, a high school student stated the following:

“Honestly, I’ve only gotten good messages. It seems that more girls are getting kinda bullied because guys are commenting sexual stuff. I’ve seen a few girls getting called ‘h***’.”

I was going through the comments section of another article about Sarahah and came across more complaints about the app. A mother shared her story of how her 16-year-old daughter was bullied via the app. Many people responded stating that she should just “uninstall the app”, and the mother refuted that the damage had been done, and uninstalling this app would not make a difference. This just goes on to show how harmful an app like this can be for young impressionable minds and yet, they have access to it on their fingertips.

#Sarahah
I am not fake. but thanks for wasting your time typing those letters. Effort huh. pic.twitter.com/THjcwWCFN0

This is a good one. Um.. Is it the hands of the clock? Long arms shows minutes (younger in time) and short hands shows hours (older in time)? #sarahah #riddles Send me a message at faeidrus.sarahah.com

Even the anonymity is not new. Not counting the much maligned Yik-Yak, countless hundreds of thousands have fake accounts strewn across the cyberworld and the purpose is, more often than not, harassment or the expression of views that are not commonly tolerated when the speaker’s teeth are within punching distance.

The app’s origins are the Kingdom of Saudi Arabia and it’s difficult to decide if this is sad or not. A country that has jailed women for standing bare-headed outdoors, incarcerated bloggers and detained 14-year old-boys for dancing in the street, is a likely birthplace for something that allows people to say things without consequences. Perhaps this is the start of something bigger than time wasted online. The year always turns, and maybe, just maybe, another spring is upon us.