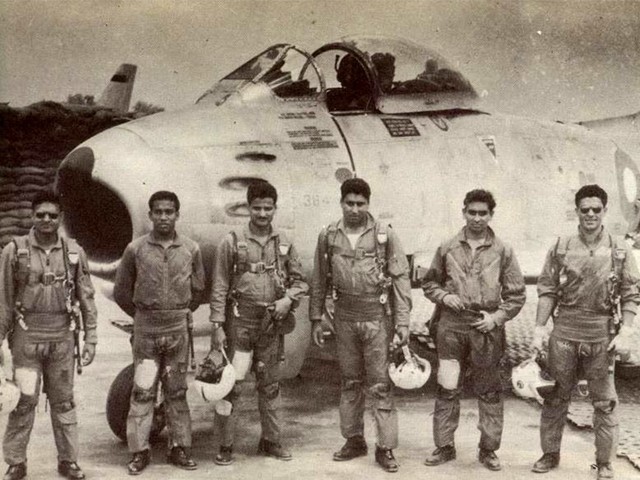 In the early hours of September 6, 1965, India initiated an unannounced military offensive against Pakistan. General Jayanto Nath Chaudhry’s self-confidence had gone a “peg” too far. His famous dream of “drinking at Lahore Gymkhana” that evening was soon shattered by brave Pakistani troops. India did gain some territory, but ended up losing a lot more.

Pakistan’s unexpected response and India’s heavy losses of men, material and territory brought the Indian confidence-plus-ambition down several notches and suddenly, negotiations became an option. The Tashkent Agreement ended hostilities and the (mis)adventure came to an end. It wasn’t the first misadventure and it certainly wasn’t to be the last.

Hard as it may be to admit, India did learn a valuable lesson from the 1965 blunder. National and military ego may have forced it into a state of denial and delusion, but India did learn of Pakistan’s military valour and might. Sometimes, a person smaller in size may have a heart much bigger and mightier than a person that is larger.

Owing to several factors including a hugely flawed Partition plan, Pakistan and India have been in a seemingly perpetual hate-hate relationship ever since independence. This mutual aversion has borne nothing but rotten fruits of poverty, arms race, instability and suffering for the people on both sides.

The real lesson to be learnt from 1965, or from any war for that matter, is that wars are not the solution to any problem. Wars may only satiate egos and never bring any relief for the masses. The idiotic urge to have a drink at Gymkhana or to add Lahore to its territory brought nothing but death and displacement for soldiers and civilians. Lives were lost in vain, especially since General Chaudhry eventually had to have that peg far away from Lahore with fear and regret replacing confidence and ambition in his heart.

As today marks Pakistan’s 52nd Defence Day, it is about time India comes to terms with the harsh truth – India does have a problem and Pakistan is not it. The problem is India’s inability to accept Pakistan as a reality. It’s the trouble India has with bringing itself to the negotiating table on all issues that are hampering peace, stability and progress on both sides of the border. They blame Pakistan for aiding the Kashmir insurgency and simultaneously boast about their own role in destabilising Pakistan. They openly announce their desire of “isolating” Pakistan globally, yet India continues to sponsor terrorism within and against Pakistan.

The anti-Pakistan rhetoric is far more popular in India than the anti-India rhetoric is in Pakistan. The Indian media seems obsessed with Pakistan, inciting more and more hate against its own neighbour. India has followed this path for better part of the past 70 years and it now needs to ask itself if it worked. Fifty-two years after discovering that it could not intimidate its neighbour, not this one at least, India may have changed its strategy but not its approach. War-mongering is still a permanent feature of its political discourse, several Indian channels love to present imaginary scenarios where Pakistan may be defeated. That is exactly where India can actually defeat Pakistan – in an imaginary war.

Had it been a super power like the US, India’s obsession with controlling and harassing other countries may have made sense. The US only started to wreak havoc with other territories after it had reasonably addressed local problems. India wants to behave like an adult while it still needs a diaper (pun intended), due to the absence of adequate toilet facilities. Across the border, Pakistan too has a lot of domestic issues it needs to address before it can find time or money to spend on a pointless war of egos.

So let us deal with our mess while you deal with yours, and I assure you that both Pakistan and India will be better off. The billions that you spend on military and the billions that we spend are being snatched from the hungry, uneducated, sick and the poor. For what? No matter how strong your tanks or how advanced your weapons, all they can do is bring death and devastation – not just to your enemies, but also to your own people.

The 1965 war should have made India see peaceful co-existence as the only option, but it didn’t. Polluted by populism or powers that benefit from a perpetual conflict in this region, India is still far from a productive dialogue with Pakistan. The days of threats are over, there are no pegs waiting for your generals in Gymkhana or elsewhere in Pakistan. India couldn’t do it in 1965 and it cannot now either against a much stronger and better equipped Pakistan defence. Peace is the only way forward, the sooner India sees that the better.