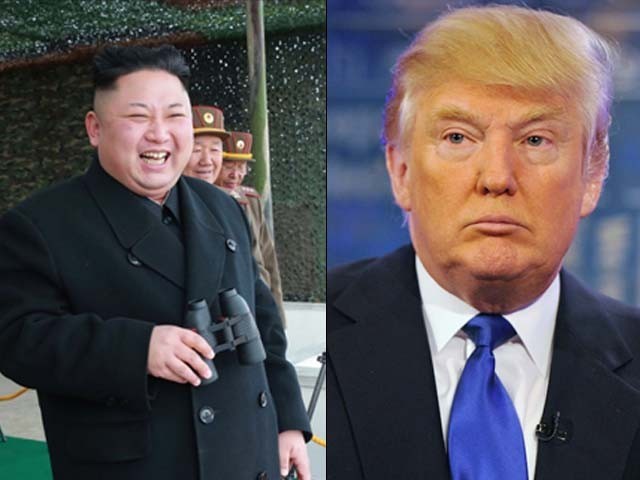 It is thus important for the US to tone down its warlike vitriol and realise that the North Korean nuclear bomb and its domestic pillorying of the US is something that it will have to learn to live with.

In contemporary history, the memory of the 1953 Korean War has been somewhat overshadowed by the internecine World War II that concluded some seven years before it.

Over three weeks, a collective five million civilians and military personnel perished on both sides of the Korean peninsula, entire villages were destroyed and cities obliterated.

Hostilities were first stoked when the then North Korean despot Kim II Sung invaded the South, postulating a reunification of the peninsula. The South Koreans, allied with the United States then as they are now, were aided by the first large-scale air campaign conducted by the US Air Force as well as a consortium of United Nations (UN) backed troops, 90% of which were provided by the US.

Rather insouciantly encapsulating his country’s role in the war some years later, former US Air Force Commander General Curtis LeMay in 1988 recalled that,

“We went over there and fought the war and eventually burned down every town in North Korea anyway, some way or another, and some in South Korea too.”

Such was the fierceness of the American intervention that the memory has been exploited to sustain an entire dynasty of despotism in North Korea. Over the past seven decades, the US has been caricatured as the perpetual bogeyman within the minds of the North Korean population, still ready to rain destruction upon its people if it weren’t for the military deterrence acquired by the astute leadership of the Kim family, without whom the country would be left to the wolves.

It is in this context that North Korea’s nuclear program must be seen as a means to establish the regime’s legitimacy as the only deterrent to US hegemony in the eyes of its people. It is also the context in which North Korea’s polemic against the US, threats of nuclear Armageddon and other incendiary behaviour (such as the launching of a missile over Japanese airspace) must be observed and rationalised.

Essentially, once analysed objectively in light of an appropriate background, the aforementioned impudence of Kim Jong Un and his aides reveals itself for what is food for internal consumption, not words to be taken on their face value. It becomes very simple. Is Kim running a brutal regime responsible for loot, plunder, rape, murder, extortion, censorship and fascism? Yes. Is he also a mad man hell bent upon using his nukes to destroy his enemies, which will all but guarantee his own demise too? Certainly not.

In fact, the very act of establishing a draconian empire of which he is the greatest beneficiary is reason enough not to go nuclear unless pushed to the very edge. Why go through all that trouble if you were just going to blow everything up anyway? Thus, Kim’s nukes become a predominantly defensive tool, used to appease the North Korean polity and ensure self-preservation, as well act as deterrence against any possible attempts at a regime change from the West. As long as the West resists such imprudent temptations, the world will be secure.

But therein lies the problem.

Whilst the Kim regime has caricatured the US to fuel its propaganda, western media has depicted an equally cartoonish image of a dictator Kim, feeding the masses with the satire of an unhinged megalomaniac prone to erratic behaviour. This perception has made him the butt of many jokes, including the subject of comedy films such as The Interview. Such is the extent and pervasion of the trope that this widely circulated news article claiming that Kim had decreed all young males in North Korea to adopt his chosen hairstyle was believed by the public at large.

Other instances of such facetious nature can be quoted, but the point is to elaborate the more sinister implications of this stereotype. It means that as much as the western and American audiences are entertained by Kim’s public portrayal, the fact that he now (allegedly) possesses intercontinental ballistic missiles capable of reaching the US shores is equally a source of great fear. For them, a mad man with nuclear weapons is a time bomb waiting to go off. A threat that has to be neutralised before it’s too late.

The foreign policy of any state is inherently curated to a great extent by public opinion, a norm which is further aggravated in populist regimes such as Donald Trump’s America. The fallacy that emerges is then clear for all to see and inexplicably dangerous. For every missile launch that North Korea unveils as part of its deterrence program described above, Trump now retorts with his “fire and fury” rhetoric, repeating that “all options remain on the table”, including the military one to neutralise the heretical Kim.

This further propels Kim to respond, as it did by launching a missile whose trajectory put it within Japanese airspace last week. The cycle leaves one positively exasperated and a single miscalculation could precipitate a deadly conflict that will leave millions dead.

For all his faults, the infamous former chief strategist in the White House, Steve Bannon, summarised the North Koran conundrum with finesse. He commented on the calls from many quarters for military intervention to neutralise the country’s nuclear program or displace Kim, stating,

“Forget it, until somebody solves the part of the equation that shows me that 10 million people in Seoul (South Korea) don’t die in the first 30 minutes from conventional weapons, I don’t know what you’re talking about, there’s no military solution here, they got us.”

A more detailed description of the kind of damage North Korea is equipped to inflict upon its South Korean neighbours and Japan (US allies that bank on American protection) in the case of a military strike can be found here. Suffice to say, the destruction caused by any such action will be disproportionate and unfeasible.

It is thus important for the US to tone down its warlike vitriol and realise that the North Korean nuclear bomb and its domestic pillorying of the US is something that it will have to learn to live with. Simultaneously, it should adopt the only means that can somewhat placate the Kim regime by exhorting China to take a stance against the regime it has been propping up economically and politically.

Eventually, concessions will have to be made from both sides.