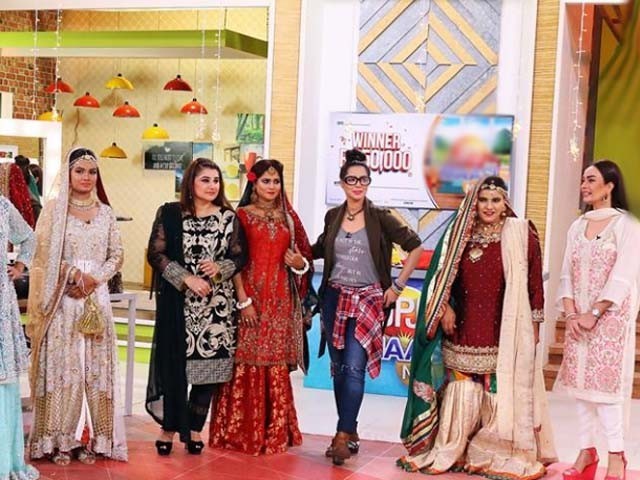 We had a helper at home who we called maasi (maid). We never thought it was wrong or degrading. That was up until someone called me that word during a fight and I felt deeply wronged. I was 14, easily hurt, and crying about it to someone and they consoled me by saying,

“Maa-si: Maa (mother) and si (like). Being a maasi means like a mother. What is there to cry about?”

That stopped my tears momentarily and gave me something to think about.

Mai. Maasi. Kaam waali. Bhangan. Choori – these aren’t just job titles designated for the lowest and the most disenfranchised women of our country; they are also chosen insults.

“You really look like a maasi today,” you’d say if your friend isn’t looking her best.

“I can’t wear this, I’ll look like a kaam waali,” you’d whine if you don’t like your outfit.

These are common ways that we talk to each other. These are common ideas that we have accepted and have moved on with. Not only do Pakistani begum sahibs (domestic housewives) hire underage children for heavy manual labour, they also employ hapless women as servants and treat them like slaves. They pay them peanuts and completely forget the fact that even if a human being is employed as their domestic worker, he or she is still a human being. What makes it even worse is that some people use the stature of these poor women to make jokes.

Imagine the chagrin when you see a morning show glorifying the ‘maasi’ culture. Furthermore, a show that is casually reinforcing the idea that the only thing a housemaid is capable of doing is being an aide to the lady of the house while she acts like a domestic goddess. In the absolutely cringe-worthy program, hosted by Sanam Jung, housemaids were tested, competed against and the program eventually prized Maasi No 1. Of course, while watching it, it also dropped your IQ level and your conscience down the proverbial gutter.

Have morning shows run out of ideas? Or have they been unable to evolve from getting mehndis and mayuns and baraats as gimmicks? Do they think no one else is watching these shows except those individuals who like these tropes? And whatever happened to political correctness, especially when it comes to those most disadvantaged by the status quo? Did the team and show producers not think of doing something a little more constructive and a little less “hey, hiring and exploiting underpaid, undervalued women is totally okay, because here’s a competition that makes you forget that these women are deprived of their rights as individuals”?

Perhaps they thought that by giving the helpers a stage, they could reinforce the idea that house help are human beings and should be treated kindly. But this was a terrible way to do it. If their message was of kindness, it could have been communicated in a way that was far less tacky than reinstating the notion that this is all a housemaid is worth. Each of these women are working hard because they are supporting not one, not two, but various individuals.

Would it not have been better or wiser to bring these women as guests, talk to them about who they are, what they like, what they do in their spare time (if the begum sahibs let them have any) and treat them the same way Jung would treat someone like Atif Aslam or Mehwish Hayat? But that would mean that these helpers are human and they have individuality, and God forbid we celebrate that for those who are socially and financially inferior to us.

Curiously, there are no Pakistan Electronic Media Regulatory Authority (PEMRA) notices for these sorts of things. There are plenty for a woman showing her cleavage or an actress playing the role of a prostitute, but there are no disdainful remarks against news shows displaying bigotry, hate preachers peddling violence or morning shows exploiting housemaids. And that is because the Pakistani audience doesn’t see anything wrong with such antics.

In our spick and span cosy drawing rooms which are kept spick and span by some poor exploited help, we like to comment on how lazy our domestic helpers have become. In our designer outfits and pearls, we like to point out how badly our help smells all day as they’re running around doing our chores. In our expensive and extravagant television sets, we broadcast a mockery of underpaid women, calling it ‘entertainment’.

According to a survey by The Labour Force, in 2014-2015, there were around 100,000 live-in workers in the country. Most of them are illiterate, most of them are untrained, and many of them are underage. Women account to about 27% of live-in workers and their average salary is between Rs5,000 to 10,000 per month ($50 to 100). There is virtually no strict federal/provincial law that protects these workers, except for one ordinance that speaks about providing them with healthcare.

Around 47 cases of violence against child domestic workers were reported from January 2010 to December 2014. In 2015, a Domestic Workers (Employment Rights) Bill was passed. However, this bill has had no impact on the actual situations many of these unfortunate individuals have to face. Posh families employ these children, treat them as slaves, abuse them, exploit them, rape them and often kill them as a result of the continued torture; in 2016, police recovered a beaten, bruised, abused 10-year-old child from the house of a session’s judge.

The fact that a show like Maasi No 1 was allowed to air just goes to show that this problem is deeply widespread in our country. It is so far gone that people do not even see anything wrong with it.

Maasi No 1, regardless of its attempt to teach people about the importance and respect of domestic helpers, simply celebrates the weaknesses of these women by using them as nothing more than props to a privilege-fest.