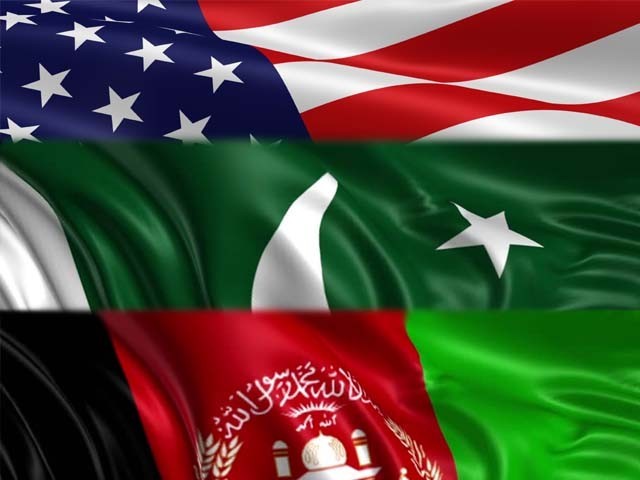 The US will act to safeguard its own interests and Pakistan should do likewise.

President Donald Trump’s new strategy for Afghanistan requires a rethink of Pakistan’s policies towards both the US and Afghanistan.

President Trump laid out a new policy for the 16-year-old war in Afghanistan earlier this week. The strategy lacked specifics but stated that it would focus on the primary mission of getting rid of terrorists and its supporters from Afghanistan.

The speech also contained harsh words for Pakistan including statements to the effect that US support would be conditional for Pakistan. The support depends on Pakistan helping the US in its primary mission and in taking out safe havens for the terrorists like the Haqqani network from within Pakistan.

The speech also hurled the usual accusations against Pakistan on its duplicitous role in Afghanistan despite the “billions of dollars” in aid from the US. Furthermore, it went on to say that it will not be “business as usual” with Pakistan any more. The speech also contained veiled threats that the US may rely more on India to solve the Afghanistan problem.

These statements have been the subject of press coverage both in Pakistan and internationally. The Pakistani media, including talk shows and editorial pages, are full of statements that range from hurt feelings – “we have done so much to combat terrorism and this is what we get in return” – to statements such as “good riddance”, “we can do without US aid” and “let us see how the US can resolve anything without Pakistan’s support”.

I think this discussion misses the point.

Foreign policy is not a soap opera but is based on the cold calculus of realpolitik.

The US will act to safeguard its own interests and Pakistan should do likewise. An international relationship based on anything else will only result in disappointment, for either or both parties.

The changing geo-political situation may require a re-think of Pakistan’s policy towards the US. The reason for this is not because the US has failed Pakistan but because our interests may no longer be congruent.

We already see muttering to this effect in Pakistani circles, and assertions of support from China and even Russia. China has been an all-weather friend but the statements from Russia also provide interesting opportunities to diversify Pakistan’s relationships.

“Putting pressure (on Pakistan) may seriously destabilise the region-wide security situation and result in negative consequences for Afghanistan.”

However, what has not been discussed is the notion that perhaps Pakistan’s policy towards Afghanistan also requires a paradigm shift.

But this has been a pipe dream since the time this theory was formulated. The concept of strategic depth has literally back fired. It is the Afghans who have repeatedly sought refuge in Pakistan, either in the form of around two million refugees or in the form of Taliban establishments, who have used Pakistan as a haven to launch attacks on their opponents in their homeland and now in Pakistan.

Afghanistan has always been less than friendly towards Pakistan. Please recall that it was the only country that voted against Pakistan’s UN membership in 1947. The brief period of friendly relations occurred when the US was using Pakistan to combat the Soviet Union in Afghanistan. Following this was another short period of ‘friendliness’ which came when the Taliban were in power.

Even the friendliest Afghan government has always prioiritised their own interests as any rational government would. We also see that Pakistan has been able to exercise very little leverage with them.

On the other hand, our Afghan policy has had disastrous effects on Pakistan’s politics. This policy has resulted in the rise of extremist religious thinking, the Kalashnikov and drug culture, and the rise of jihadis. Ultimately, it has also led to increased terrorism, which has shaken the very foundation of our state. Currently, Pakistan considers most of its major internal terror incidents to be related to cross-border incursions from Afghanistan.

Our policies regarding Afghanistan need to more Pakistan-centric. We first interfered in Afghan affairs at the behest of the US to help the Americans throw out the Soviets. In hindsight, this may not have been the best course to follow.

It is time that Pakistan recognises the limits of its friendship with Afghanistan and manages its expectations on a more rational basis. As experience has shown, it may not be realistic or even necessary for us to expect a completely pro-Pakistan government in Afghanistan. If this realisation takes hold then there is no reason to provide the alleged safe haven to any Afghan formation in Pakistan.

Secondly, we need to recognise that countries in the South Asian region and those on the western border of Pakistan will see an economic advantage in developing good relations with India. This is because India has developed into a major economic power house in the region. This behaviour is not solely limited to Afghanistan as we also see this in the case of Iran and Saudi Arabia. Therefore, we cannot expect everybody in our neighbourhood to consider our “so-called adversary” as their adversary as well.

If anything, we should try to normalise relations with India. The key to peace on the western border may lie on the eastern border.