The Zookeeper’s Wife may not be the most forceful World War II film, but it is heart-breaking and poignant 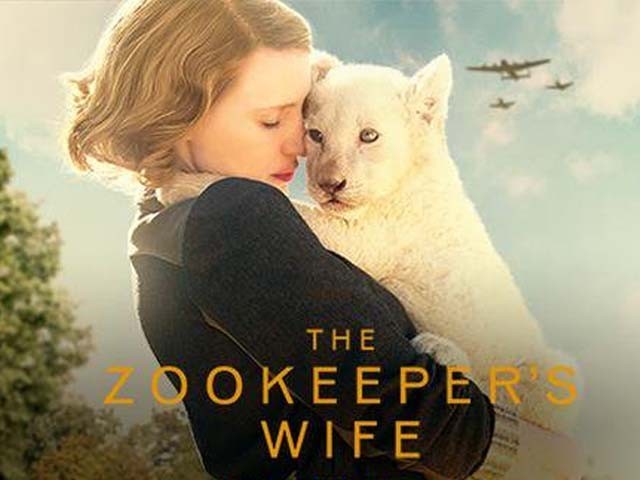 While Adolf Hitler and the Nazis were busy writing the most harrowing chapter in modern history, several heroic people were risking their lives to save their fellow human beings from brutal extermination during the Holocaust in World War II. The Zookeeper’s Wife is the tale of one such family.

Based on real events, the story begins in Poland in 1939 at the Warsaw Zoo, where Antonina Żabińska (Jessica Chastain) helps her husband, Jan Żabiński (Johan Heldenbergh), take care of the animals in a beautiful menagerie. But their idyllic lives are turned upside down when German forces invade Poland. An airstrike ruins their zoo and many animals perish in the attack.

When the Nazis start rounding up the Jews and confining them to the Warsaw Ghetto, the Żabińskis decide to hide one of their Jewish friends, Magda (Efrat Dor), in their residence. By doing so, they put their own lives and their sons, Ryszard (Timothy Radford) and Val Maloku, at risk.

Distressed by the suffering of the captives, the couple eventually hatches a plan to rescue people from the Ghetto. In the guise of keeping the zoo operational, they convince Hitler’s chief zoologist, Lutz Heck (Daniel Brühl) – who seems to have developed feelings for Antonina – to let them convert their lands into a pig farm. This activity serves as a cover for using the zoo to hide Jews until safe houses can be found for them.

It’s a compelling and powerful story. The message of showing love and empathy when hate threatens the world is always relevant and perhaps something people desperately need to be reminded of today.

Niki Caro’s directorial effort certainly makes an emotional impact on the viewers. The Zookeeper’s Wife draws a heartbreaking picture of what human beings are capable of doing to each other and the lovely creatures in their care. Animal lovers, in particular, will find it hard not to tear up at the brutality with which the zoo animals are decimated.

But despite its poignancy, the movie doesn’t quite capture the full extent of the scale of the war as well as the Żabińskis’s efforts in rescuing people. When you find out at the end of the movie that Jan and Antonina helped hide and save “nearly 300 guests”, it feels disappointing that the film couldn’t convey the fact that hundreds of people made it through the war because of this remarkable couple.

The cast delivers solid performances across the board. Chastain is defiant, Antonina holds the narrative together, while Heldenbergh and Brühl deliver impressive supporting performances.

On the whole, while its somewhat restrained execution may keep the story from fully coming to life, The Zookeeper’s Wife is still a well-made movie that benefits from a very talented cast. It may not be the most forceful World War II film you’ll ever see, but it is heart-breaking and poignant. It tells an interesting and unique story from one of the darkest periods in human history that serves as a timely reminder of the empathy, dignity and courage that is needed to persevere in the face of evil.