Annabelle: Creation is better than it’s sequel yet brings nothing new to the horror genre 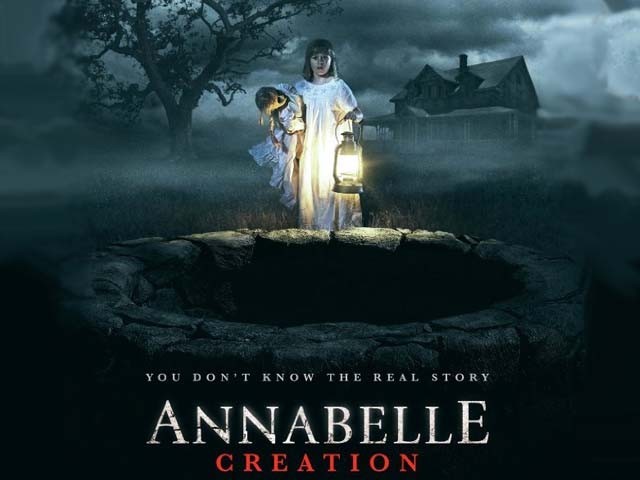 For a prequel to a film that wasn’t particularly good to begin with, Annabelle: Creation certainly turns out better than anyone might have expected it to. PHOTO: IMDb

Annabelle: Creation is the latest installment to be released in the Conjuring universe. The series was initiated after James Wan’s The Conjuring witnessed massive success at the box office in 2013. Since then, a sequel, a prequel and now a pre-prequel to both The Conjuring and 2014’s Annabelle have been produced.

Set in the early 60s, Annabelle: Creation follows the story of a former toy maker Sam Mullins (Anthony LaPaglia) and his wife, Esther (Miranda Otto). Following the tragic death of their young daughter, the pair has gone 12 years without a child. That is, until they happily welcome a nun and six orphaned girls into their California farmhouse.

However, once the children move in, the situation takes an eerie turn. They feel a certain presence emanating from a room that they are forbidden from entering. They’ve been told it’s off limits because it is inhabited by a rather terrifying doll. This doll is possessed by the spirit of Sam and Esther’s daughter, after they made a deal with the devil to see her again.

Annabelle: Creation certainly turned out better than anyone might have expected it to. But that doesn’t change the fact that it brings nothing new to a genre that traded in suspense for jump scares years ago.

The biggest plus point about the movie is the commitment of director David Sandberg in elevating the rote and mechanical screenplay. Sandberg, who made his debut with last year’s Lights Out tried to infuse a sense of urgency in the movie with his swooping camera shots. The constant movement often distracts you from reflecting on how clichéd the movie actually is.

And for that, the blame falls on screenwriter Gary Dauberman whose screenplay feels more like a greatest hits mixtape of horror movie clichés. It has all the elements as well – unexplored grief from the loss of a loved one, religion as the best way to counter visual tropes like shadows, creaking footsteps, unusually long silences followed by jump scares, and unsuspecting things turning out to be evil. Not to forget, the constant floating, spinning and shattering of household objects.

And if that wasn’t bad enough, Dauberman also creates characters which don’t come across as particularly smart. In this movie, the characters insist on staying in a house where a character was slaughtered in the most gruesome way. Furthermore, some characters make the mistake of going inside a room they have been forbidden from entering. It shows that the filmmakers don’t have much respect for the audience’s intelligence and that slasher movie logic is still considered as scripture in horror movies.

Lulu Wilson (Linda) and Talitha Bateman (Janice) are the only worthy actors in the entire cast. Both the young actresses do surprisingly well playing the damsel in distress part. And their performances are also magnified by the fact that the remainder of the cast is terrible. The otherwise experienced actors LaPaglia and Otto come off as particularly cartoonish.

Following the success of the Ouija prequel Ouija: Origin of Evil, the filmmakers behind Annabelle: Creation clearly tried to do the same. Unfortunately it didn’t work and like most horror movies these days, Annabelle Creation ultimately adds up to nothing significant besides a few gotcha moments through some jump-scares. Even at 109 minutes, the movie feels too long and by the end, it ends up raising more questions than it actually answers. But then again, that might be a good way to get the audience back for another round of the same in a pre-pre prequel.