Don’t waste your time, effort or money on The Emoji Movie – the filmmakers didn’t either 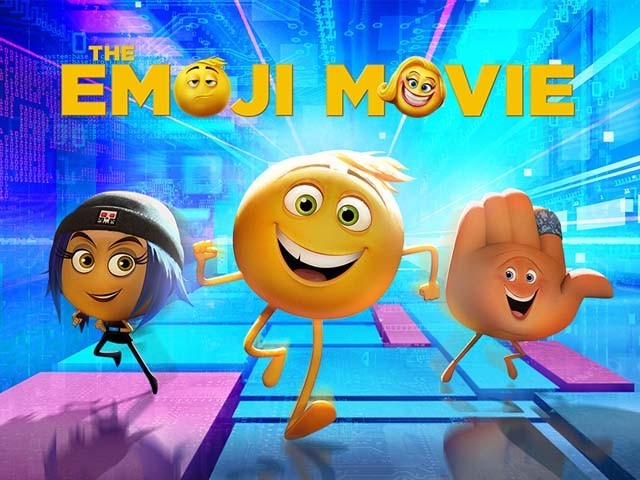 The animation is unremarkable and the character design is underwhelming. PHOTO: SCREENSHOT

Every once in a while, you come across a film that is so devoid of merit that it feels like it exists just so you can recommend it to someone you hate. That’s what The Emoji Movie is like.

Try as hard as you can to think about something positive to say about this cinematic mess and you’ll still draw a blank.

The story is downright nonsensical. An emoji named Gene (voiced by TJ Miller), who lives in a smartphone that belongs to a teenager (Jake T Austin), has one purpose in life – to make the ‘meh’ face whenever he is called upon to make an appearance onscreen in a text or email. But while other emojis have no trouble maintaining their respective expressions, Gene can’t commit to his assigned emotion.

When his multi-expressional tendencies show up onscreen and cause havoc in Textopolis, Gene is deemed a malfunction. After the ruthless emoji leader, Smiler (Maya Rudolph), orders his deletion, Gene sets out on a journey to become normal, teaming up with the ignored high-five emoji (James Corden) and seeking the help of code-breaker jailbreak (Anna Faris) who herself wants to escape into the cloud where she can be free.

It’s utter nonsense. Don’t waste your time thinking about the story. The filmmakers clearly didn’t, so why should you?

The script is terrible and offers little to zero humour. All lame attempts at comedy fall completely flat. There is also no excitement and no suspense. You’d think the writers would at least take the smartphone setting as an opportunity to deliver some commentary or insight into the world’s technology obsession. But no, that would have required effort and effort is something that was clearly not expended on for this film.

This derivative mess is so devoid of originality, intelligence and wit, that it makes the awful The Angry Birds Movie look like a masterpiece in comparison.

The animation is unremarkable and the character design is underwhelming.

The voice-overs are lifeless. Miller’s part could have been played by just about anyone else in Hollywood and it wouldn’t have made the slightest difference. Corden’s delivery and character are both grating. The script is so dull that not even human sunshine Faris can make it work. And if Sir Patrick Stewart, who voices the poop emoji in this film, hasn’t fired his agent already, then he needs to do so, stat.

Better animated movies deliver the same lessons more effectively. Young viewers are smarter than this film gives them credit for. Their parents should not have to suffer through mind-numbing dullness just because Sony wants children to consume more of its digital hogwash.

So the next time you want to exact revenge on someone for an unforgivable slight, just make them watch The Emoji Movie and rob them of one and a half hours of their life. That’ll teach them to mess with you!