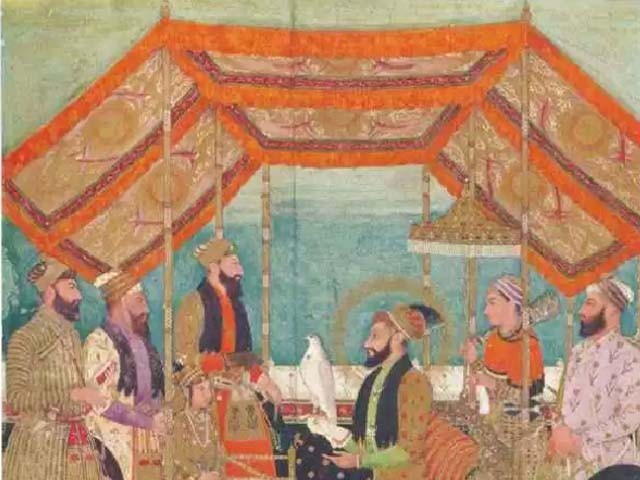 A concerted attempt was made to exclude freedom fighters and other historical figures belonging to religious minorities in history textbooks. PHOTO: THEWIRE

The Express Tribune and Indian media reported earlier this week on the extensive changes made to history textbooks for grade seven and 11 by the state government in Maharashtra.

As has been the case since it first came to power in 1998, the Bharatiya Janata Party (BJP) remains committed to a saffron revisioning of history. One of the first things the BJP did on assuming power 19 years ago was to form a National Curriculum Framework which started to revise school syllabi in 2000.

The primary changes made in school curricula were those emphasising the Hindutva ideology. A concerted attempt was made to exclude freedom fighters and other historical figures belonging to religious minorities in history textbooks. Even scientific advancements were linked to ancient Hindu teachings to the extent that many scientists and scholars raised an outcry at the horrendously false claims being made.

The motivation for this is not hard to understand considering the unabashedly communal politics of the BJP and its allies. To cultivate a zealous religiously-themed nationalism among the populace, one must create an appropriate historic context.

One cannot be taught too much about elements of one’s heritage that diverge from the nationalist ethos. This is similar of course to how many in Pakistan would have us believe that our history in the subcontinent began with the arrival of Muhammad Bin Qasim. We must not be allowed to take too much pride in our rich heritage extending from the Indus Valley civilisation through the Maurya and Gupta Empires to the Mughals and the British. Whither will the state brand of Muslim nationalism be if we were to imagine ourselves the inheritors of all that diversity?

But back to the BJP and its latest attempt at rewriting history.

Come to think of it, in this case, the BJP-Shiv Sena government of Maharashtra is literally doing just that – rewriting history. The state educational board has released the new revised history textbooks for grade seven and 11. Take a minute to examine the cover of the brand new grade seven textbook and make sure you don’t miss those saffron banners all over the Indian map, including a certain region in the Northwest.

Cover of the Class VII history textbook. Photo: The Wire

According to Indian media reports (and there has been plenty of indignation in India over these revisions), sweeping changes have been made to the history curriculum of all three grades in question.

The Mughal Empire has been condensed to a small portion of one chapter where previously they had been the main content of three chapters. The Emperor Akbar, to whom almost an entire chapter was dedicated till last year, finds himself relegated to three lines.

The Taj Mahal, the Red Fort and the Qutub Minar are all excluded from the historical architecture mentioned in the textbooks. The entire Delhi Sultanate, including the Tughlaqs and Razia Sultana, have been dismissed from Maharashtran history.  Sher Shah Suri and the Sur Empire he founded have also vanished without a trace.

Unsurprisingly, Shivaji Bhonsle and the Maratha Empire have become the centrepiece of Maharashtra’s history and heritage in these textbooks. According to a note for teachers prefacing the textbooks,

“The special feature of this presentation is that it focuses on Maharashtra. Even though our state is part of the Republic of India, if we study history from the perspective of Maharashtra, we will understand the position, role and contribution of Maharashtra in the history of India, and the students will develop a more mature national feeling.”

One would hope Indian intellectuals are not convinced by this pathetic rationalisation of what is essentially a perverse attempt to push Hindu nationalism using the educational system.

It is now obvious what the intentions of the BJP-RSS-Shiv Sena vanguard are. I assume the people of India have learnt many a lessons from the disasters that Pakistan has endured due to its leadership’s embrace of religiously themed ultra­-­nationalism. I am confident our brethren across the border know what price its neighbour has paid for replacing heterogeneity with an artifice of moral and cultural consonance.

The people of India would do well to push back against this growing tide of Hindutva ideologies before it does irreparable damage to the magnificent and one of a kind kaleidoscope that is India.