Instead of chanting the devaluation mantra, exporters should reduce their costs 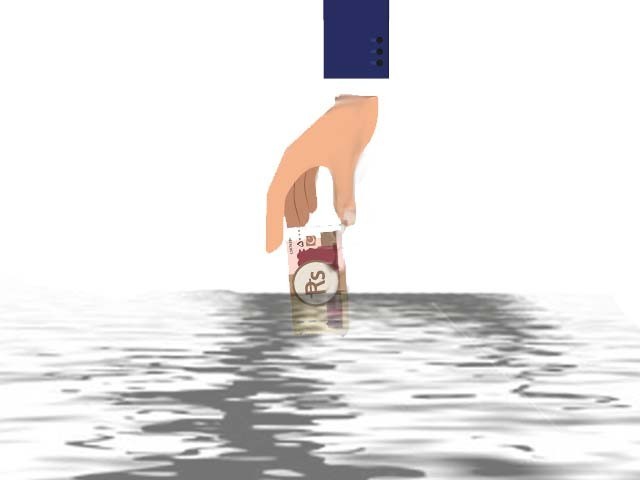 This was very alarming since I am in the import business and would have to sustain big losses if the free fall continued.

Last month, the rupee plunged to its lowest in nine years. A banker friend called me and said,

“If you have dollars, don’t sell them, if you don’t have dollars, buy them. The market is plunging and by the evening you will need Rs120 to buy a dollar.”

This was very alarming since I am in the import business and would have to sustain big losses if the free fall continued.

In the evening, the price of eggs had shot up by Rs10 to the dozen. Why? In response, the shopkeeper said,

“Don’t you know? The dollar has gone up sharply.”

“I buy dollars every day, so I’ll have to pay more tomorrow.”

The next day, my wife lost her temper when the supplier of a famous brand of drinking water said that the price of a 19 litre bottle had increased by Rs10 per bottle. When she pointed out that the rupee had stabilised and was now trading at the previous rate of Rs105 per dollar, the man simply shrugged and said,

“Too late, once the price of something goes up, it can’t go down.”

What he said is true. Eggs are still selling at Rs110 to the dozen, despite the rupee being stable at the previous rate for a month now.

And that was not all. The next day, all the employees at our office (and the ones in our neighbourhood) demanded an increase in salaries. My driver and female staff said they would leave immediately unless given 10% more than what they were being paid. So, a devaluation of just 3% caused a rise in labour costs by 10%.

The present exchange rate is often given as the reason for the decline in the country’s exports. Exporters want the devaluation of the rupee so that they can compete with exporters from other countries in the region. What they can’t explain is why India and Bangladesh are able to export more than Pakistani exporters, even though the dollar is presently worth Indian Rs64, while the Bangladeshi Taka (BDT) is trading at 81 to the dollar. I remember a time when the Pakistan Rupee was much stronger than both the Indian Rupee and the BDT.

The main reason for the decreasing value of the rupee is that our imports cost much more than our exports. We import goods worth $48 billion, while our exports this year are expected to be $28 billion. This is a serious situation and unless something is done to increase exports (or reduce imports), our future seems bleak.

Since we can’t expect anything from our exporters (who think that devaluation is the only answer), we can do much to reduce our import bill. Even though we produce all kinds of food, we import almost $5 billion worth of fruit and other edibles. For some reason, we need to eat apples grown in New Zealand or South Africa, which cost Rs300 per kilogram (kg), and more.

Local apples consequently have become more expensive, they have gone up from Rs80 per kg to Rs180 per kg. Our supermarkets are full of dog food and cat food. This is surprising since we are not all animal lovers, nor do we have so many foreigners in our midst (those foreigners who do work in Pakistan are usually not paid enough to afford to spend part of their salaries on animal food).

Come to think of it, I have seen imported toothpastes and cosmetics (even from India) in our shops. I know we cannot ban all such items, but perhaps imposing a very high rate of sales tax on unnecessary items might cause their imports to decrease. Another option would be for the government to allow the import of such items only for private consumption and not for sale to others (as done in the US for those who consume marijuana and other specified drugs).

The second item is palm oil, from which edible oil is made. Why do we consume so much of it? Samosas and pakoras, for instance, are immersed in edible oil before frying. This is a huge waste of money, besides causing clogged arteries and leading to premature heart attacks. Our middle-class should take the lead and stop consuming imported fruits, pakoras and samosas. Remember the protest against high prices of fruit in Ramazan? A similar protest against high-priced imported items should have a major effect.

Why don’t our exporters learn from history? Ever since the first 100% devaluation by Zulfikar Ali Bhutto in 1972 (and subsequent devaluations, usually by Pakistan Peoples Party governments), the country’s economy has suffered. The benefit of devaluation is temporary and negligible, as prices of imported items immediately shoot up. Labour costs and fuel prices go up, leading to an increase in electricity and gas prices, which raise the cost of manufacturing and exports become uncompetitive.

The only benefit to exporters is that for a couple of months they earn more, and they are able to go abroad for a few days with their families. So, instead of chanting the devaluation mantra, exporters should reduce their costs and make their products competitive, as Indian and Bangladeshi exporters have done.