Will the Masuka draft law be able to put an end to mob lynching in India? 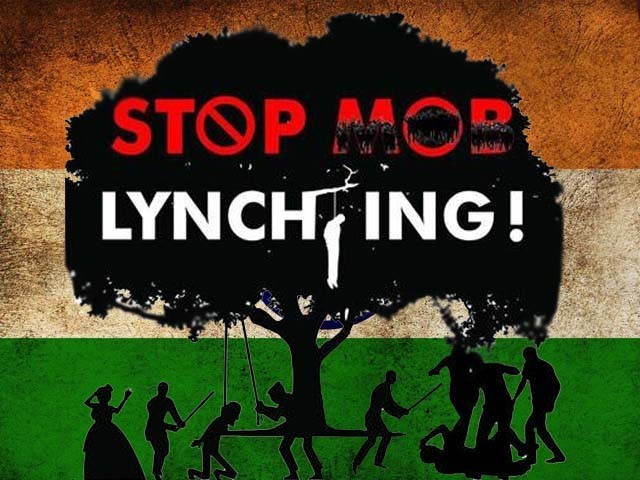 No one is safe when it comes to these vigilantes. PHOTO: @STOPMOBLYNCHING

Since Narendra Modi’s government came into power in 2014, incidents of cow-related violence increased substantially. According to an Observer Research Foundation analysis, in January 2011, 5% of lynching incidents were related to cows or Gau Rakshaks (cow protectors). This number rose to 20% in June.

A recent report by ‘India Spend’ reveals that 97% of all attacks by Gau Rakshaks between 2010 and 2017 were recounted after the Modi government came to power. Majority of the cases have been reported from the Bharatiya Janata Party (BJP) ruled states. Furthermore, 61 of 63 cases were registered after the formation of Gau Raksha Dals and the implementation of the beef ban.

Increasingly, there has been a normalisation towards such mob violence in the past few months. It began with the killing of a young techie in Pune, Mohsin Shaikh, and the murder of Mohammad Akhlaq in Dadri, over beef rumours.

The Dalits of Una in Gujarat were also targeted and a series of cases were reported from Jharkhand, Delhi, Rajasthan and Gujarat. In Rajasthan, the murder of a dairy farmer, Pehlu Khan, who had all the valid documents to transport a cow, shocked the nation.

But the lynchings still continued.

Worryingly, these incidents are no longer in the name of cows or beef. Now, any reason seems to justify lynching. Recently, an elderly Dalit woman was killed in Agra after being labelled a “witch” and accused of snipping women’s hair.

Then there is the case of Junaid Khan, the 16-year-old who was publicly lynched and abused with anti-national slurs in Haryana. In Hisar, Bajrang Dal activists slapped an imam during a march that protested the attack on Amarnath pilgrims. These cases were not over cows or beef per se, they were mostly Islamophobic in nature and involved clear-cut hate crimes. One does recognise that at the heart of this issue lies the violation of the rule of law.

The fact that the government and police do not act strongly against the perpetrators of these acts or remain as mute spectators is an even more worrying trend. The justification that the government gives for these crimes, in effect, grants immunity to the vigilantes.

Let’s consider the fact that the Indian flag was laid on Akhlaq’s murderer, Ravin Sisodia, in the presence of Mahesh Sharma, the Union minister. Akhlaq’s son was in the Air Force, yet Modi did not tweet or issue any statement about his lynching, nor did he act against the minister’s disgraceful deed. Conversely, laying the flag on the murderer shows that they were trying to portray Sisodia as a martyr.

After the Una incident, Modi made a few cosmetic statements against cow vigilantes, but the Dalits of Una still await justice. Notwithstanding the prime minister’s warning, cow vigilantes continued to kill innocent people.

The murder of Pehlu Khan was justified by the Rajasthan home minister. When the prime minister finally broke his silence on this issue for the second time, a Muslim was lynched in Jharkhand, and one of the accused arrested for the incident was a BJP leader.

Ironically, a BJP worker from Nagpur was also beaten up by cow vigilantes on the suspicion of carrying beef.

The matter has gotten out of hand so much that the Supreme Court of India, acting on a petition, filed by Tehseen Poonawalla and I, has issued notices to the central government and six state governments. Most of the respondent parties are yet to take a definitive stand on the matter, clearly indicating the sheer reluctance on their part to crack down on these vigilantes.

The mob madness has now started to target other communities too. A rickshaw driver was lynched because he objected to certain people urinating in public. Zafar Khan, Ayub Pandit and 10 other Muslims were also targeted by mobs, near Mainpuri. Again, this had nothing to do with cows or beef consumption.

To deal with the epidemic of mob violence and lynching, a group of civil society activists recently launched a National Campaign Against Mob Lynching (NCAML) while senior lawyers and constitutional experts helped prepare a draft law: Manav Suraksha Kanoon (Masuka). Prakash Ambedkar, the grandson of Bhimrao Ramji Ambedkar, unveiled this law. The law defines mob lynching in a precise manner and for the first time, it makes mob lynching a cognisable and non-bailable offence.

While there are provisions in the Indian Penal Code, 1860, to deal with violence and murder, the Masuka draft law states stricter punishment (right up to life imprisonment). Furthermore, the law defines duties for the police and the district magistrate in such a way as to prevent these lynchings.

Those who spread offensive material to incite mob lynching, through social media or any other form, will also be punished under this law. Even conspiring to lynch another person will lead to punishment. Quite frequently, local police officers have been accused of being complicit in mob lynchings. To prevent this from happening, there is a provision in the law that such a case should immediately be taken up through the judicial probe to ensure a fair investigation.

In Junaid’s case, no witnesses came forward to testify in his defence. The draft law ensures that witnesses and victims are protected with provisions. Obstruction in the legal process, including political interference, has been made punishable. The law also provides compensation to the victims of mob lynching and Rs25 lakh is the minimum amount fixed for such deaths.

Finally, the draft law follows a continuous investigation into lynching cases. If a charge sheet has not been filed in three months or if there is an acquittal, the entire case will be reviewed by the senior-most leadership of the police.

These comprehensive provisions are bound to have greater deterrence against mob lynchings than the existing weak laws. Just like we needed changes in the rape laws after the 2012 Nirbhaya case, and needed the Scheduled Castes and Scheduled Tribes (Prevention of Atrocities) Act to end atrocities against Dalits, we need this law against mob lynching.

The team which has come out with this draft law has appealed to Modi to pass this law in the forthcoming session of Parliament. Prominent personalities such as actor Swara Bhaskar, comedian Sanjay Rajoura, Congress MP Shashi Tharoor, Delhi deputy Chief Minister Manish Sisodia and others have requested the government to take note of this demand.

On July 19th, team Masuka got support from some opposition MPs and others. They include the  Senior Congress leader Digvijaya Singh, MB Rajesh, Communist Party of India (Marxist) (CPI-M) leader,  Sanjay Singh from Aam Aadmi Party (AAP), Manoj Jha from Rashtriya Janata Dal (RJD), Pavan Verma from Janata Dal (United) (JD(U)), MP TKS Elangovan from Dravida Munnetra Kazhagam and members from the Samajwadi Party (SP) and the Bahujan Samaj Party (BSP). Together, they are supported the Masuka team to put pressure on the government to pass this law or introduce it as a private member bill in Parliament.

These incidents have already earned the government a bad reputation on an international front. Moreover, the recent killings of Rashtriya Swayamsevak Sangh (RSS) workers in Kerala have got the Modi government all riled up. The NCAML condemned this violence against RSS workers and explained how provisions of Masuka could offer protection and justice to these victims. The BJP and the RSS should support Masuka because it will safeguard its activists as well.

Modi, who is famous for his “mann ki baat” (what your heart says), must not ignore the “jaan ki baat” (voice of the people) on this issue. The secular fabric of India is not the only thing at stake here, but the most important fundamental right granted to every Indian citizen under Article 21 –the right to life – is also in danger.

No one is safe when it comes to these vigilantes. Before another precious life is lost, we must, as a country, ensure this legal and societal change.

The US passed a similar legislation against the lynching of African-American citizens. But for over 100 years, this law had been blocked. Hopefully, the Indian Parliament will not make the same mistake and shall pass this law to guarantee that our democracy doesn’t descend into a mobocracy.

The author is Secretary, Maharashtra Congress, Civil Rights Activist, Columnist. His religion is Islam, culture is Hindu, ideology is Indian. He tweets @Shehzad_Ind