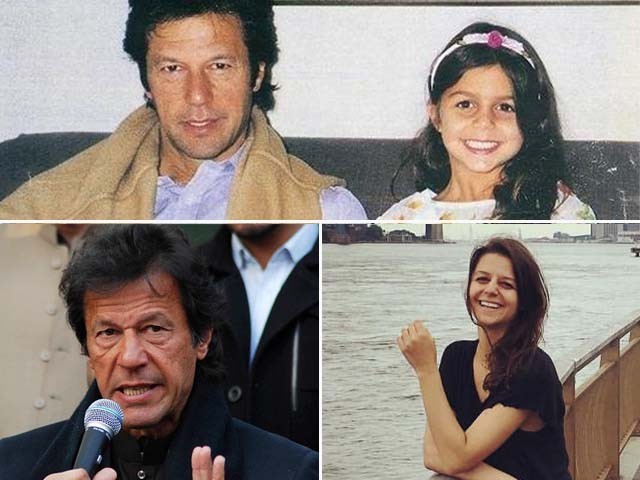 Twenty years ago, the battle between the two parties featured little Tyrian White.

When Pakistan Tehreek-e-Insaf (PTI) was formed in 1996, I quickly became a member. Back then, I was much like the PTI supporters of today – impressionable, emotional and self-righteous. My devotion to Imran Khan was also like that of contemporary PTI supporters – blind, cultish and eulogising.

Like millions of PTI supporters, I was also unable to see anything wrong with Imran and would break into passionate debates with anyone who was critical of him. I used to think that only jahils (illiterates) voted for the Pakistan Peoples Party (PPP) and the Pakistan Muslim League-Nawaz (PML-N). Thank God, those days are over, and today I vehemently oppose this ideologically reactionary party and its self-obsessed leader.

Within a few months of its formation, PTI was facing its first electoral challenge of the 1997 elections. Imran campaigned aggressively and as a foot soldier, I was also going door to door, pleading people to vote for the great Imran. During his campaign, Imran accused Benazir Bhutto, Nawaz Sharif and Asif Ali Zardari of being the greatest thieves, who were in reality conniving with each other to loot our country. His political maturity and rhetoric has remained frozen in time as he sounds exactly the same even today.

Back then, I thought that since people were sick of ‘corrupt’ politicians therefore my hero Imran – who was ‘honest’, had won the 1992 World Cup and then built Shaukat Khanum hospital – could sweep the elections. My optimism was also quite similar to the optimism of contemporary PTI supporters prior to the 2013 elections.

As the election campaign was reaching its crescendo, PML-N started to raise the issue of Sita White. This issue had been in news before as well. It is alleged that Imran had an affair with Sita and she ended up having a child, Tyrian White. However, Imran has not acknowledged her as his daughter till today.

I remember the first time it had made news in the year 1995, even before the formation of PTI. However, with the passage of time, it faded from the headlines. It was PML-N which brought the issue back into the spotlight through vicious means. In response, Imran said that PML-N had made up this story and was bribing Sita. Hearing this, Sita challenged Imran to take a paternity test which he declined.

That negative campaign had a huge impact. Although realistically, Imran had not been in any position to win the elections, but in the absence of this negative publicity, he would win more votes. Many women of my own extended family had flatly refused to vote for him (despite my pleas) after the Sita issue had taken centre stage.

I remember hating PML-N back then. In my opinion, it was Imran’s personal life and they did not have any right to make it an electoral issue. Later, after the Los Angeles Court decided in favour of Sita, she issued the following statement:

“Power, money and high office should always be less important than a child’s emotional and financial well-being. It’s not cricket for a father to deny his child in order to gain political office. And we’re happy that this case became an issue in his campaign to become prime minister and we think that the Pakistani people sent him an important message when they refused to elect him the prime minister of Pakistan while the issue of paternity remained unresolved.”

Today, this statement resonates with me much more than it did back then. Sita was making a valid point which I could not understand back then due to my youth and hero worship of Imran.

However, while her statement may have ended up resonating with me, PML-N’s dirty and third class tactics have never done so. I still think it was cheap to politicise Imran’s personal life for petty gains. To make matters worse, PML-N thrusted little Tyrian in the national spotlight in a negative manner, a position that she still finds herself in.

Twenty years ago, the battle between the two parties featured little Tyrian. Now in 2017, a grown-up Tyrian finds herself in the same place all over again. Every time a feud between PML-N and PTI heats up, Tyrian is brought into the political discourse in a condescending manner. Moreover, PML-N trolls, who though lesser in number but are as crude and abusive as PTI trolls, also started harassing Tyrian online.

After the Supreme Court’s (SC) judgement against Nawaz followed by Ayesha Gulalai’s allegations, some PML-N supporters have been targeting Tyrian on Twitter. The tweets became even more offensive after Imran made claims that Sita had taken money from PML-N in 1996 to malign him.

This was a highly irresponsible statement from Imran and frankly, he should not have said this. However, the subsequent online response targeting Tyrian was totally unfair and reeked of petty and third-class mentality. While some were directly tweeting to Tyrian, some were just tagging her in their own online battles with PTI trolls. Below are the screenshots of several disgusting tweets by PML-N supporters: 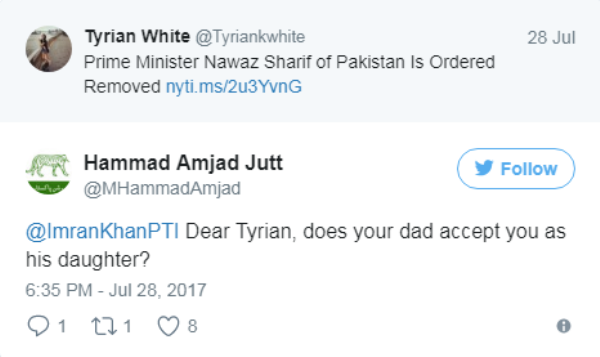 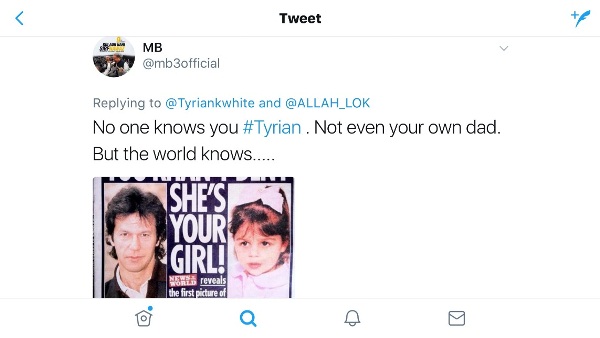 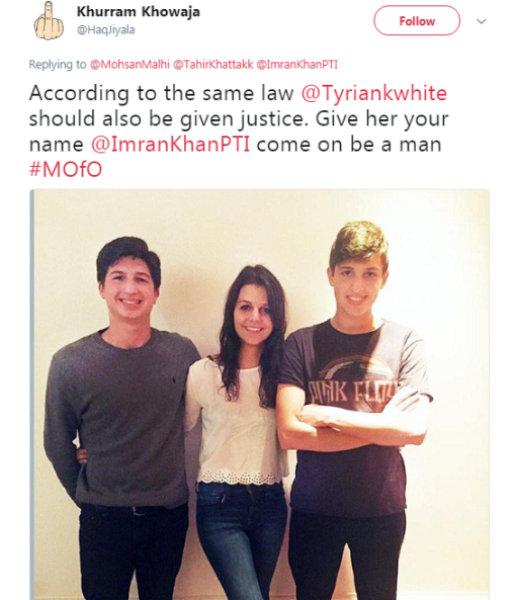 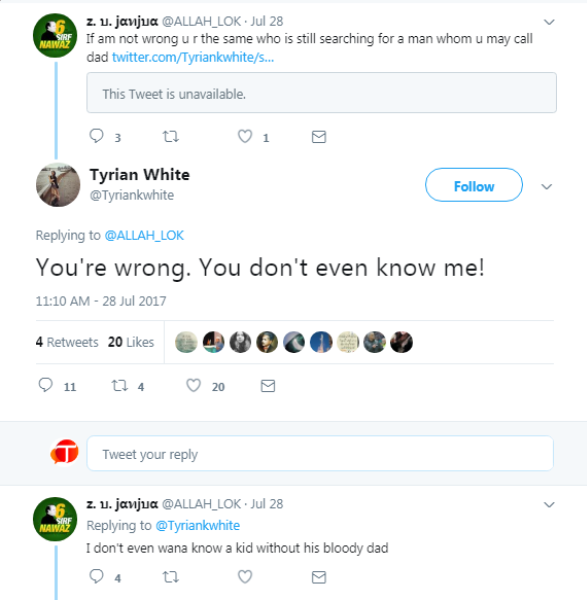 In the face of this filthy and disgusting behaviour, young Tyrian maintained her poise and gave one or two replies which showed these trolls their true faces.

How low and immature does one have to be to send a 25 year old girl this hateful tweet? Wow. Sad. https://t.co/A0l7hmJbAP

No matter how much I politically disagree with Imran today, dragging Tyrian into this political battle is plain wrong and indecent. By targeting a 25-year-old innocent girl in this ugly fight, some of us are merely shaming Pakistan internationally and showing that we are incapable of even basic human decency. It’s time that we learn some dignity and shame.

We are sorry, Tyrian!