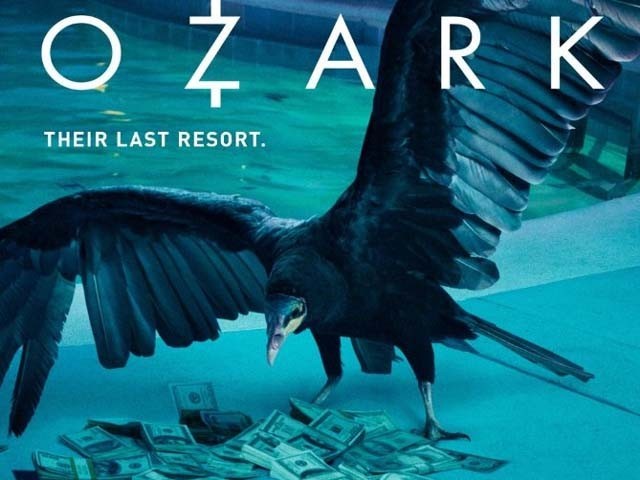 Ozark is the latest show to join this list. PHOTO: IMDB

Netflix has been dominating the television landscape for a number of years now. Their strategy of rolling out entire seasons in a day has been a successful one because of how quickly it has turned people to binge-watching. Another reason for their success is that they have not only produced great shows, but produced genre-diverse shows, which means they have got a little something for everyone. Shows like House of Cards, Orange is the New Black, Master of None, Making A Murderer and Narcos are all part of this list.

Ozark is the latest show to join this list. Created by Bill Dubuque – the writer of The Accountant and The Judge – it’s a crime-drama that follows the story of Marty Byrde (Jason Bateman). Marty is a financial advisor and money launderer for a drug cartel who finds his life hanging in the balance when his angry cartel boss finds out his associates have been skimming money from him. In order to save his life and to appease his boss, he proposes for him and his family to move to the Lake of the Ozarks and set-up a money laundering operation to clean large amounts of cash, far from the eyes of the law. What Marty is stunned to discover, when he finally reaches the lake, is that there is already so much crime down there that doing anything would be a massive challenge.

A very obvious comparison Ozark draws – as mentioned by just about anyone who has seen the show – is that between Breaking Bad and Justified. Both the shows’ central dynamics are similar – the idea of a seemingly simple guy turning to a life of organised crime to protect his family is reminiscent of Breaking Bad. On the other hand, the crime-ridden small-town from the south, with the titular location and a cascade of idiosyncratic characters that inhabit it, is oddly indicative to Justified’s Harlan County and its characters. The problem, however, is that Ozark isn’t half as good as any of those two shows were.

The most glaring problem out of them all is how serious the entire show is, so much so that it often borders on self-parody. The show suffers from a very serious identity crisis because you’re never quite sure what it wants to be and the financial jargon masked as metaphors don’t help. A show like Breaking Bad had clarity in storytelling where the show runners knew exactly which themes and elements to focus on, but here, you do not feel that clarity.

The tone of the entire first season is relentlessly despairing too, even though there isn’t anything of that magnitude going on in the show. There are moments of humour and light-heartedness that mostly feel detached from the show. And the show runners try rigorously to shock you with sudden bursts of violence, an ‘out of the blue’ revelation at the end of most episodes or a new twist, just to keep things interesting. Unfortunately, none of these things feel earned and rather feel more like a hail-mary to compensate for the plodding pacing and inconsequential events of most episodes.

The performances are good, but not exactly something to boast about. Bateman and Laura Linney do most of the heavy lifting. Bateman, apparently still trying to convince people he can do more than just comedy, plays Marty’s character without many showy hysterics. Some of his best scenes are with his wife Wendy, played by Linney. And to the show’s credit, it does a good job of creating an interesting and complex relationship between Marty and Wendy.

Esai Morales and Peter Mullan often infuse the show with a certain sense of menace as the somewhat low-key antagonists, but they aren’t in it enough to be considered as major characters. The former plays a ruthless drug cartel member who Marty ends up working for, while the latter plays a native drug runner in the Ozarks.

Ultimately though, Ozark fails to come into its own as the crime-drama it is so desperately trying to be. It feels too much like a bits-and-pieces show where certain fragments and threads work but the show, as a whole, fails to click.

Most people would say it’s a little unfair to judge a show just by its first season. After all, so many great shows have followed their mediocre first seasons with excellent forthcoming ones. Unfortunately, I just don’t see that happening with Ozark, because the potential just isn’t there and that is perhaps the most disappointing thing about it.