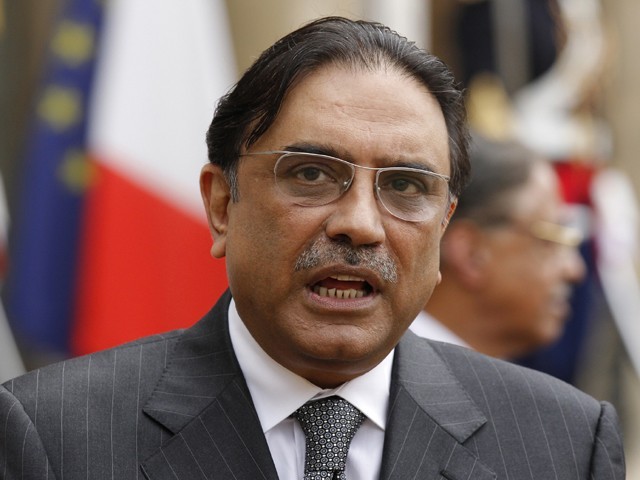 Lawmakers feels that the president has decided to "micro-manage" the government by inducting more senators into the cabinet. PHOTO: FILE/REUTERS

Almost all newspapers carried an almost identical and startling news report on Monday morning: during his ongoing meetings with IMF managers in Washington, Finance Minister Hafeez Sheikh accused public representatives of blocking progress on the reforms package that his predecessor had negotiated with global financiers.

The statement attributed to him sounded ominous, if you recall a statement that none other than President Zardari had made in Larkana earlier this month. Addressing a party workers’ meeting on the death anniversary of the PPP’s founder chairman, he revealed that the makers and breakers of governments in this country were now discussing the possibility of installing a ‘government of technocrats’.

Driving to the National Assembly this evening, I genuinely anticipated that cutting across the party divide, the mass of our representatives might press the speaker to let them extract a clear statement on this matter from the government. To my disappointment, none of the legislators seemed to have read Sheikh’s statement

Taking advantage of the break, I sneaked into the chambers of various ministers, besides meeting some ruling party lawmakers in the assembly cafeteria as well. All of them felt pleased over the fact that a woman legislator from Multan had been denied a ministry. Presumably, she was recommended by Babar Awan himself “in writing” at the time when he submitted his resignation so that he could appear in the Supreme Court to plead in the reopening of the Bhutto case.

Noticing my presence in the gallery, many diehard PPP loyalists separately approached me during the National Assembly sittings last week. They sounded desperate in preventing her induction in the cabinet.

Surprisingly, their fears were not just confined to her competence and “capacity issues”: far more worrisome were dimensions that I hesitate to extrapolate for a newspaper with an in-house ombudsman.

Their relief is almost palpable over the induction of Maula Bux Chandio as the new law minister, instead of the lady lawmaker. Hardly any PPP loyalist would feel bad over the selection of this soft-spoken political worker. His frequent participation in vicious talkshows on electronic media deserved a befitting reward.

However, his induction was accompanied by another senator, Dr Asim, who has been given the lucrative portfolio of oil and gas.

Rumours are also rife in Islamabad that another PPP jiyala, Senator Faisal Raza Abdi, is also set to get a berth in the federal cabinet. Sources confirmed that Senator Abdi had been asked, via a telephone call from… you can guess who, to rush back to Islamabad minutes after landing for a conference in Panama.

“He could only have been summoned (in this manner) for cabinet induction,” a political observer said.

Interestingly, the induction of three senators in the cabinet clearly scuttles the chances of other aspirants from the National Assembly.

Huddled in a minister’s chamber, a sizeable group of PPP legislators questioned the logic of the senator-dominated face of their government. Some talked of “fatal consequences” of such a composition at the time of adopting the next budget in a couple of months.

“After reaching the National Assembly following a viciously-contested election, we are supposed to reflect the bread and butter concerns of our constituents. Why should we go an extra mile to get a budget passed, which outsider technocrats like Hafeez Sheikh force upon us after exclusive consultations with donor agencies like IMF?”

Another ruling party lawmaker viewed the same issue from a different angle. He has been returning to the National Assembly since 1985, and was often seen as a minister in successive governments.

“The induction of senators like Chandio, Asim and Abdi suggests but one thing: Asif Ali Zardari has now decided to take direct control of the (micro-management of the) government…and he hates to listen to people like us,” he said without elaborating.