Can Pakistan Hockey League muster the same popularity and support as the Pakistan Super League? 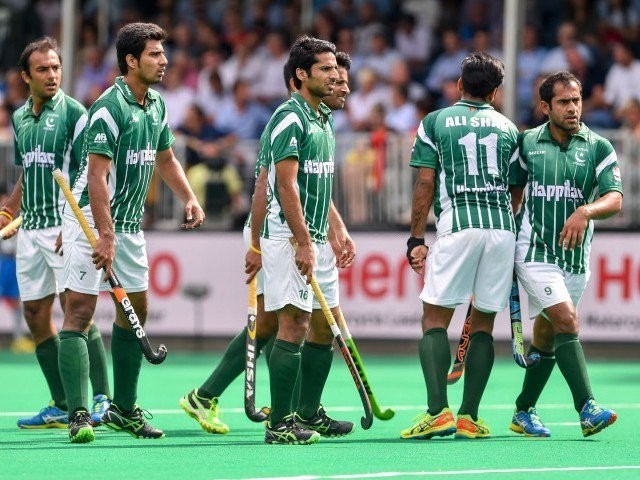 The Pakistan Super League (PSL) final in Lahore at the start of the year was a major milestone in present day cricketing history of our country.

Firstly, it helped provide the local spectators with a major sporting spectacle at par with what the best of the world has to offer. Secondly, it was helpful in putting a stop to the worrying trend of international players avoiding Pakistan as a sporting destination.

The recent staging of exhibition football matches in Karachi and Lahore made sure this wasn’t simply a one-off occurrence. Featuring the likes of Ryan Giggs, Nicolas Anelka and Ronaldinho, this was an ironically amusing display of how Pakistan, by virtue of bringing foreign superstars to its shores, is going places.

So with cricket and football leaving their indelible mark on the current sporting narrative, it was time for our national game to rise up to the occasion. More so because it was the newly laid out Astroturf of Abdul Sattar Hockey Stadium that played host to one of the aforementioned football matches.

Last week, the national hockey federation responded empathetically when they confirmed that the long-awaited security clearance from the Pakistan Army to organise a foreign star-studded Pakistan Hockey League (PHL) has been granted.

“COAS (General Qamar Javed Bajwa) has assured us to give extraordinary security for our proposed matches and tournament, and now we will begin the remaining work of PHL.”

“The news about the security clearance has boosted the confidence of the whole team working on this project for the past few months. The format of the league has been decided and we are ready to execute our plans in November.”

“The World XI match will be held before the PHL to demonstrate the security setup in Pakistan, and it will help us revive the national game.

Some of the nations have assured us of sending their players, while I am also talking to my friends in different countries who are helping me in this effort.”

It is understood that the former skipper is the primary reason why renowned international players are even on board this grand project, lest we forget that Ahmed is to modern hockey what Messi, Critisano Ronaldo, Zinedine Zidane or Maradona are to modern football.

When Ahmed speaks, the world listens. And according to various sources, players from Australia, Germany, England and Spain amongst others, have paid heed.

The hockey legend also managed to shed some more light on the forthcoming PHL, in particular the fact that the tournament would consist of five teams from five major cities of the country and this was enough to whet our collective sporting appetite.

“The format, the logo and many other things have been finalised. Only a few amendments are left and then we are good to go with the league in November or December.”

This all guns blazing approach from the national hockey federation is an encouragingly radical change from their recent slow and ponderous ways. It was quite apparent that for the past two decades, Pakistan’s national game was stuck in a never-ending cycle of bad management and wretched performances, from which there was no escaping.

But 2017 has proven to be a bit of purple patch for the men in green in various sporting fields. All that remains to be seen is whether this year, which hopefully holds the potential game-changer PHL, proves to be lucky for the cursed national game.