5 things my taste buds miss most about Karachi 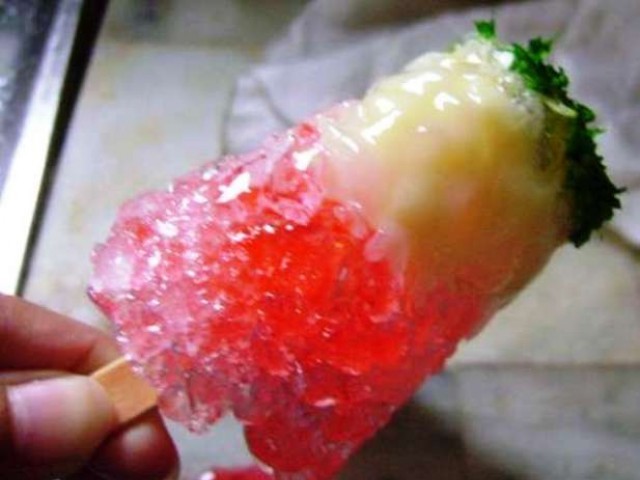 For a foodie like me, London is sheer heaven when it comes to cuisine.

At every obscure corner is a hidden gastronomic gem: from mouthwatering dill ice cream served with Mackerel tartare, Burford Brown egg yolk and crème fraîche at Gordon Ramsay’s to red velvet cupcakes with cream cheese icing that melts in your mouth at Hummingbird’s; from perfectly seasoned soft shell crab and salted egg croquette fried dim sums at Yuatcha to crispy on the outside and soft and flaky on the inside fried fish served with chunky chips and yummy mushy peas at pubs.

However, indulgence in fancy foods pales in comparison when I think about all the gastronomic delights I have left behind in Karachi. Sometimes, in the middle of the night, I will get an intense craving for garlic mayo fries from OPTP that will evoke yummy food memories left behind.

Here are five things my taste buds miss most about Karachi:

Lactose intolerant by choice not force, there is no bigger torment than milk forced upon me. When I was a kid, my mum used to force me to drink a glass of milk every morning which I would pour down the sink when she wasn’t watching. Even for a milk hater like me, the meethi doodh ki botal from Nagori Milk Shop was an absolute treat – especially on a hot summer’s day when my brother would pull up next to the shop and order us some bottles which the waiter would bring straight from the freezer.

The milk is infused and cooked with a secret recipe of herbs, spices and dry fruit to a point where it attains a thick, creamy texture and a slightly brown tinge. Some parts of the milk are crystallised into ice due to long exposure to cold in the freezer which made it absolutely refreshing – strongly recommended for a hot summer day.

2. Bun kabab from a roadside thela

There isn’t a specific theila I recommend because every time I’ve been hungry on the road and grabbed a quick bun kabab, it has always been delicious.

I think it’s a mix of the dirt beneath the fingernails of the thela wala combined with the summer sweat, hah! Hygiene aside, bun kababs are absolutely delicious – but only when bought from genuine theia walas and not from a place like Gazebo or Chatkharay.

My favourite is beef patty with aloo and anda – the savoury flavour of the kebabs, combined with the sharp spice of the green chutney and sickly sweet taste of cheap imitation ketchup create an explosion of taste in your mouth. You may regret it the day after when you’re visiting the toilet more frequently than you imagined if you have a weak tummy, but to me, every bite of that burger is worth it.

Waking up early on a weekend is never an easy task – but coupled with a promise of a halwa puri breakfast at Boat Basin, the offer becomes irresistible. Sitting on broken chairs and wobbly tables with flies buzzing around, you can feel the heat exuding from the large pans that they cook puris in – the experience itself is as big a part of the halwa puri delight as the flavours of the halwa puri itself. The puris are served hot and crispy and need to be eaten as quickly as they are served otherwise they become hard and cold – so takeaway is futile.

The halwa is sickeningly sweet, oozing with oil and the chanas are cooked to a point where they are so soft they will crush if you hold them gently between your fingers.

I have tried gola gandas everywhere in the city but the fanciest ones I have ever found are the ones at Dhoraji.

Flavours that sound absolutely disgusting on their own combine to create a creation that is almost too gorgeous to eat – until you take that first bite, after that, there’s no stopping you till you’ve finished the entire thing. What I love about gola gandas is that no two bites ever taste the same because different syrups blend together in different combinations in the various ice crystals. When you’re done with eating the gola ganda, what’s left behind is an often dark brown coloured juice that looks disgusting enough to throw away but tastes absolutely gorgeous, the flavours come together to form an entirely new taste to a point where you can’t identify the individual flavours anymore.

I am sure there are places in Karachi that serve much better pani puri than the theilas at Sea View. I remember a particular one at Tariq Road once that left me drooling for more.

However, the reason my taste buds miss pani puri at Sea View more than anywhere else is not just the flavour. It’s the experience of trying to balance the plate on one hand while eating the pani puri with the other hand –your hair flying around as you smell the salty sea air and hear the waves crashing on the shore.

My favourite part about pani puri is the intense flavour of the paani – my mum would always tell me off for drinking it on its own, warning me of the sore throat that would follow – but I would always sneak in a few gulps when she wasn’t looking. Little crisp shells of flour filled with chickpeas and then dipped into that sauce are the perfect accompaniment to a gorgeous sunset by the sea.

I know there are many more things I have left out that I miss just as much, but I am unable to cover them due to space restrictions – including, but not limited to, chicken cheese garlic mayo rolls from Hot ‘n Spicy, roadside pappars served with chaat masaala sold by men carrying big bags of pappars over their bags, mixed chaat from Flamingo and mash ‘n bangers from Mash ‘n Bangers!

Oh, tastes of Karachi, how I miss you!

A PR consultant in London who aspires to be a fashionista and a food critic.

Omar Mansoor: A collection for princesses

What is your Valentine’s Day mantra?

Stop portraying Pakistan as the Meera of the world!