Are acid attacks becoming a commonality in the UK because they are treated as a minor offence? 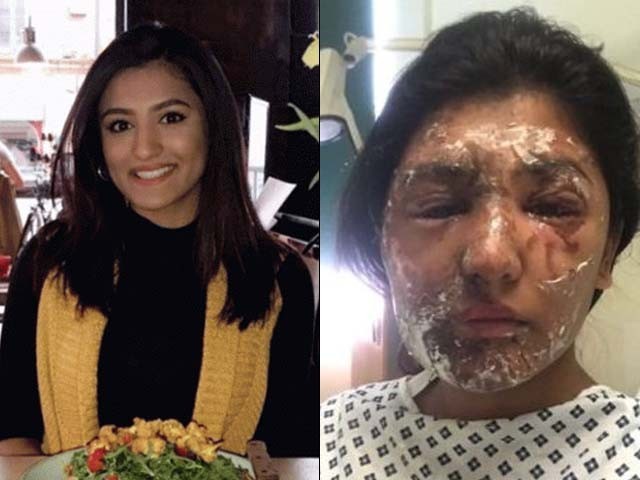 A woman hovering over a tawwa (stove), folding dough balls whilst the gas flame flickers gently under the cast iron. Behind her, a shadowy figure, wanting no blame and careful to hide their presence, opens up the cylindrical lever on the gas supply. Barely an instant passes before the light hits her eyes; eyes which will never be able to see themselves in a reflection in quite the same way.

This was the old way, my mother tells me. This punishment for women, for what was perceived to be a social crime (normally domestic), would result in a woman becoming permanently devastated.

Sometimes it was an excuse to get rid of an inconvenient bride, punish one who rejected you, or sometimes a way of keeping a relative within the tight grip of a controlling environment. Sometimes it would result in death, but if she survived, her fate and face would be marred to onlookers.

But you don’t just destroy a person’s appearance; you destroy their self-esteem. Demoralisation is a big part of it.

Control, my brother tells me. It’s about socially controlling someone else, by robbing them of their expressive abilities. And it’s not just domestics, but your enemies too. Pass these enemies by on the street, avert your gaze and then reap the moment of their confidence in the normality of things.

Back in the day, there were a few old crazies, my aunt comments. But now, in London and Manchester, it seems like an organised crime. Acid attacks are prosecuted as the lower offence of grievous bodily harm, whereas an attack with a knife, whose scarification would be less burdensome, results in an attempted murder charge. This renders acid attacks as an easier legal challenge.

My aunt is right.

But why is the use of acid as a weapon on the rise, especially now and in London? Is it something to do with the transfer of populations who wield this weapon, or is it something deeper in the psyche of the nation or could it be that acid is cheap and easy to find?

We are our traditions. How we choose to resolve disputes reveals a lot about ourselves as individuals and members of the public. Throwing acid on another person, be it an enemy or stranger, is the definition of a disproportionate response. It is uniquely contemptible, leaving the victim unable to heal from their wounds and unable to correlate with their previous self.

The grievance that lies at its origin may be remitted by one party only – the other may never recover. It falls so far below the level of decency expected, even in violent combat, and is so grossly unfair, so much so that it could pass into the realm of absurdity.

Statistics point to East London as the epicentre of the new wave of attacks, but they are neither truly new nor necessarily linked. In the context of the UK, I wonder, have these incidents inspired a new bunch of have-a-go crazies? Have our beauty standards got anything to do with this? Have selfies increased the social value of faces, such that some desire to tear them down? Or is that just plain ridiculous?

Our appearance is so much more than our DNA. It is our social ticket. For some, a winning lottery number and for others, still the most important feature of their identity in modern day society. Some of these attacks have been perpetrated against models, some cruelly against commonplace strangers who happen to be in the wrong place at the wrong time. In the UK, some against men and some against women, the former going unreported much of the time.

Acid attacks, which burn flesh, fat and bone to leave severe and permanent disfigurement, require immense medical and psychological intervention to call back their victims to their previous social and physical standing once again.

The noted rise of these attacks in the UK (where they rose by 30% in just 2016 alone) tells of a society in which there are elements that are prepared to unleash a level of brutality, once reserved for the weakest and most vulnerable, upon literally anyone.

It no longer has to do simply with tearing down the esteem of a woman. It takes the idea of identity and attempts to destroy it. Not only great pain, but bigger consequences are sought by the attacker, whose age and motive can run the full gamut because nitric and sulphuric acid are so commonplace and sold without any real age restriction.

However, regulations on sales are unlikely to help matters much, given the broad use of these chemicals and their domestic nature, but stricter criminal penalties might help. Acid attacks, like those involving knives, should be prosecuted as attempted murder or as a standalone offence that imposes a penalty which reflects the huge wounds caused by them.

In the UK, we can only wait and see. Until then, we make our eyes a little sharper, raise our collars a little higher and pace ourselves in hot spot areas – because clearly these days, no one is immune.

The author is a barrister practising in London. She is interested in issues of diversity, interfaith relations and human and minority rights. She tweets @shereentwits twitter.com/shereentwits

The terrorist label: When does an attack become a ‘terrorist’ attack?

Will other countries follow UK’s lead in abandoning the EU?