Dear Saif Ali Khan, an apology is not the same as a thousand-words essay on nepotism 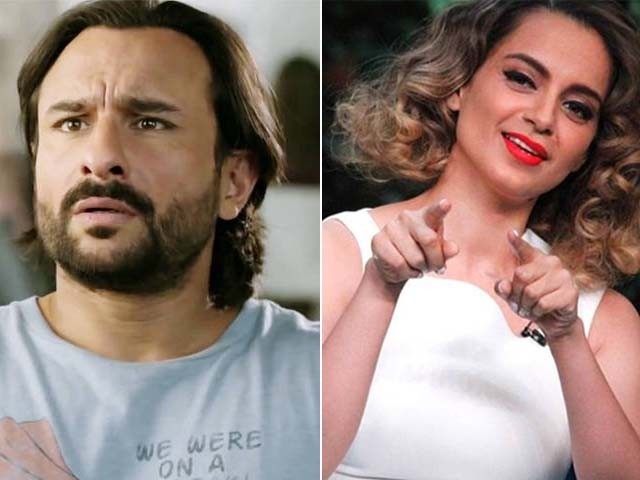 Saif says, “I apologised to Ranaut, so I do not owe anybody else an explanation”

If Saif Ali Khan’s ‘apology’ to Kangana Ranaut was not bad enough, the man has gone ahead and penned an open letter on nepotism now, and oh boy, what a treat it is!

First, a bit of background – Karan Johar, Varun Dhawan and  Saif Ali Khan, the three privileged elites of that ‘big family’ called Bollywood who have made it bigger in the industry by virtue of having influential insiders for parents, took on a lone self-made woman who called out the ‘big daddy’ of nepotism in the film industry. Thankfully, their “nepotism rocks” joke managed to blow up in their faces because people on social media went berserk on all three.

Eventually, the trio tried their best apologising, or at least sounded so. When I say ‘tried their best’, I am being kind. Dhawan apologised to ‘anyone’, Johar’s was less of an apology and more of a rambling by a nepotism apologist. The best, however, was from Khan. Not only did he fail to apologise at any point, he also went on a tirade about how he too is a victim of nepotism and something about ‘genetics’ and ‘eugenics’. Once again, people did not let it go and he was ridiculed some more.

Khan, sadly, did not stop there. To prove that he is a cultured man and an ‘intellectual’, he penned an open letter to “whoever it may concern”, to elaborate his views about nepotism and eugenics. That open letter, however, is likely to give you a headache worse than a migraine when you are hungover on a Monday morning.

“I apologised to Ranaut, so I do not owe anybody else an explanation,” and then proceeds to give a long winded explanation.

On the matter of eugenics, Khan writes,

“Three reporters from the websites Bollywood Life, The Quint and Elle India, made a point of saying that all I did was use big words like eugenics and genetics. I think it is extremely relevant in a conversation on nepotism, which means family favouritism, to talk about genetics and eugenics. Eugenics means well born and in a movie context, the genes (the DNA we are born with, not the blue trousers we wear) of, let’s say Dharmendra’s son or Amitabh Bachchan’s son or for that matter, Sharmila Tagore’s son come into play.

Because people are interested in what their children will be like and whether they will have the genes of their parents, in terms of their talent. If you need another example, then take race horses. We take a derby winner, mate him with the right mate and see if we can create another grand national winner. So, in that sense, this is the relationship between genetics and star kids. Hope that is clear?”

First of all, for those who do not know, eugenics is the science of improving a population by controlled breeding to increase the occurrence of desirable heritable characteristics something Hitler once tried to do, if you remember. Secondly, did he just compare people to racehorses? Also, is he implying that only people born in Bollywood homes are ‘good horses’?

Even if we ignore the glaring gaps in Khan’s knowledge of biology, anthropology and history, you cannot ignore his condescension. Moreover, he asks a journalist who seems to have a better grasp on the meaning of the word ‘eugenics’ than him, to get her ‘head out of the hemline of the actress of the month and read a book’.

“As for the girl from Elle,” he says, “I’m sorry you found words like eugenics in a conversation about nepotism misplaced. Perhaps if you got your head out of the hemline of the actress of the month and read a book, your vocabulary might improve.”

Furthermore, he refers to a grownup woman as ‘girl’. Way to infantilise your critics, sexist uncle ji!

Moving on, he further states,

“Nepotism is probably least prevalent in the movie industry and rampant in politics and business. Nepotism in dynastic politics is a well-known and unspoken truth. It’s the same in business. But nobody talks about that. Nepotism is Donald Trump putting his daughter in the White House rather than someone who is better qualified. Actors are the soft targets.”

There are so many things that are wrong here, it is hard to decide where to begin from. On what basis does the son of a famous actress and a famous cricketer (who was a former nawab), have the audacity to say “nepotism is probably least prevalent in the movie industry”?

He also says that nepotism is rampant in politics and business. I wonder if in his la la land imagination, Khan thinks that the film industry is not a business. Perhaps he thinks it’s a non-profit organisation. He also seems to think that nobody talks about the nepotism prevalent in politics.

If actors are soft targets for nepotism, then Rahul Gandhi must be an actor. And if he really thinks the media does not talk about nepotism in politics, especially about Trump and his daughter Ivanka, then he needs to stop watching his own movies and start watching the news. 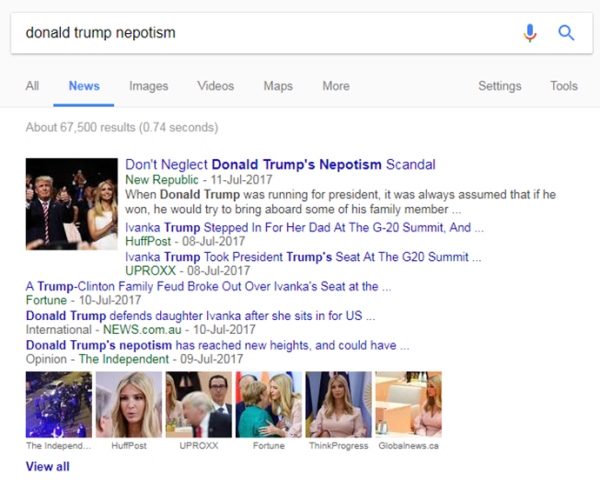 “What’s at play here are three systems. Aristocracy, the rule of the best, which is what this industry is. Ruled by the best. Also, meritocracy. It is ruled by the people with the most talent and it’s also ultimately tempered by democracy, which is people power. Nepotism cannot work in the film industry because it is a democracy. The film industry is the fairest line of work. So yes, maybe I got a chance because of my mother, but that is more genetics than nepotism. It’s a genetic investment that the producer was making.”

A man who was born in a royal family does not know what aristocracy means. Oh Lord. Aristocracy is “the highest class in certain societies, typically comprising people of noble birth holding hereditary titles and offices” that sounds awful like Johar.

Also, the man really needs to stop using the word ‘genetics’. It does not make him sound smart.

“Johnny Depp once told Kate Moss – I had forgotten his advice and I am never going to forget it again – never complain and never explain. That’s good advice, I think,” (after whining on and on in more than a thousand words.).

The last thing anyone needs is Khan’s advice. Though there is one for him – shut up, please!

The author is a writer at DailyO, a meme connoisseur and a Rick and Morty fanboy. He tweets @BucketheadCase