Kate and William: Reliving a fairytale 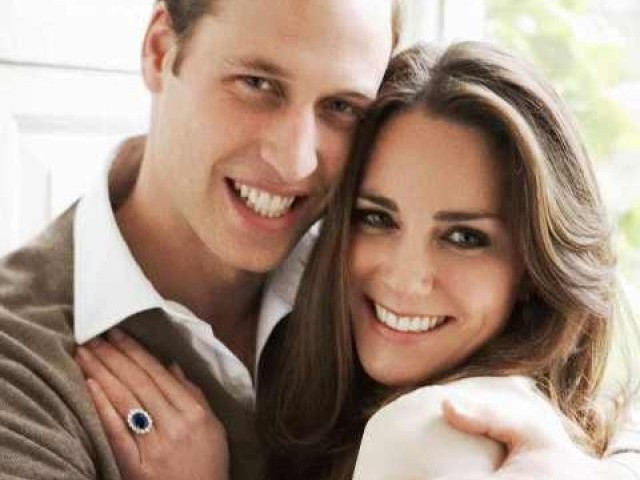 We want to see Kate in the most exquisite gown possible so we can sigh to our hearts’ content.

Here’s a poignant early childhood memory: I was a chubby, short-haired girl, clutching my Lady Diana paper doll (a gift from my mother) in one hand and a milk bottle in the other, while rapturously watching Cinderella’s wedding to her prince, live on television.

That’s who I thought Lady Di Spencer was back then, in her romantic, trailing ivory dress. I gazed at a gloriously beautiful Cinderella, her tiara glittering as she waved from a fairytale carriage, replete with white horses and liveried attendants, alongside a prince in full regalia. I half expected my fairytale princess to be wearing glass slippers and for her coach to turn into a pumpkin.

A decade and a half of cynicism later, I was a college student watching the live wreckage of Diana’s fatal Paris car accident in shocked disbelief along with the rest of the world. The incident inspired my semester-long project for a journalism class.

Shortly afterwards, I got involved in a serious car crash myself. I recall wryly thinking of Diana while I lay on a stretcher, lucky to be alive but sad that my paper doll princess had been crushed into fatality.

Another decade and a half has gone by and now my little girls are at the impressionable age I was at during Princess Diana’s wedding. They may not have Kate paper dolls, but they do have a little, dancing Cinderella and some toy horses. Hamleys isn’t selling their Kate Middleton engagement-era dolls here in Pakistan; we’d have to wait for Chinese replicas that will in all likelihood be called Katie dolls. Then again, I think I’d rather wait for the Princess Kate versions.

‘That’s not fair,’ millions of mortal girls and women said to themselves when they heard that handsome Wills, golden-haired firstborn of the goddess Diana, was settling down with (as the British Press termed her) ‘Waity Katy.’

Here is a royal wedding with all the aristocratic English pomp and pageantry that we’ve been waiting for since ‘81 – watching Fergie or Sophie Wessex marching down the aisle was just not the same thing. Miss Middleton may not be Diana, but then again, who is? It’s neither fair nor kind to compare Kate with Diana; she was simply incomparable, so let’s just leave it at that.

I got a nasty shock when I discovered that Kate would be forgoing her historic carriage ride for a car, in one of many breaks from tradition – I was horrified!

‘That’s not fair,’ echoed through my mind, too, until I learned that the car was to simply take her to Westminster for the ceremony, not all the way to Buckingham Palace.

I can just imagine it now: commoner Kate seated in a classically posh car with her father on her way to Westminster, her hair in loose glossy waves adorned with flowers (according to recent reports).

Fast forward an hour or so and she, as HRH Princess William of Wales and future Queen Catherine, emerges with a brilliant tiara on her brunette hair on the arm of her prince charming, atop Diana’s fairytale carriage to the palace. Sigh….and if she doesn’t, let’s just say that I’ll be really, really disappointed.

This isn’t just her fantasy, after all; it’s the fantasy of every little girl who’s ever read any version of Cinderella—from Egyptian to Perrault to Grimm and Disney—and grown up into women of all ages, reading more and watching screen adaptations romanticising dashing princes, swashbuckling heroes, and the gallant Mr Darcy.

Fairytales and female authors may have messed with our heads and expectations but Kate, you’d better not let us down! We want to see you in the most exquisite gown possible, wearing the most extravagant tiara from the Queen’s jaw-dropping collection, so we can sigh to our hearts’ content. So no attempts at minimalism and modernity, please.

Last, but not least, let there not be any whackos in the crowds who try to incite violence and ruin ‘our’ fairytale ending.

Congratulations to Catherine, William and Diana.