Game of zones: Why India must resolve its issues with both its nuclear neighbours, Pakistan and China 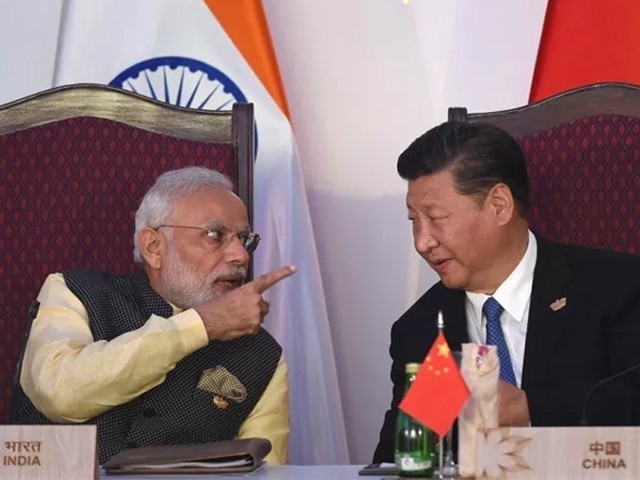 While framing this piece in my mind, I was stuck in a conundrum. Why am I writing a blog at a time when everyone is probably watching Game of Thrones (GoT)? Simply enough, an answer came to mind. Apart from the very few people who do not watch the series, everyone is interested in real life power struggles as well.

Hence, the name game of zones, conflict zones to be exact.

I read an article recently, which quoted a Chinese analyst saying that the Indian government should avoid opening two fronts. This was of course an apparent reference to its neighbours, Pakistan and China.

Pakistan has a long-standing conflict with India on Kashmir, while China and India have been flexing their muscles on the Doklam (or DongLang in Mandarin) area. Doklam has been a point of conflict for India and China since India forcefully blocked the building of a road by China in the area. Both parties have had a war of words.

In an apparent twist on the story, another Chinese analyst wrote that China also reserves the right to intervene on behalf of another country if requested. For those unaware of the matter, India had intervened on behalf of Bhutan, whose foreign policy it dictates after an agreement on the subject.

This was a shadow punch to allude that if Pakistan requests it, China would intervene on its behalf in Kashmir.

A lot of news began flowing following this incident, especially yesterday, when it was claimed that the Chinese had fired rockets in Sikkim killing 158 Indian soldiers. This of course turned out to be false. The Chinese military is, however, conducting exercises in the area and the Indians have upsized their border force by 2,500 soldiers on the 220-kilometre stretch of the Sikkim border.

Is this just another border dispute or something larger being micromanaged in a single region?

Let’s explain this the GoT way:

The Americans are the Lannisters (minus the incest of course). They are arrogant and powerful and so naturally everyone hates them. But with each progressing season, their power is fading and their allies diminishing.

Across the seas, China is the emerging dragon, whose power easily rivals, or more correctly, surpasses that of the US. With power comes great hegemony and thus the Americans feel extremely threatened with the growing clout which China exercises, both economic and military. It therefore has an ally or proxy (let’s say the Freys or the Boltons) which it is employing to take care of the rise of an enemy.

It would be naïve to say that the Indians do not have any grand ideas of their own. They certainly have the power and the nationalistic ego to boot. This combination of emerging power with jingoistic spirit is definitely a remarkable trait for a nation, but it is also easily exploitable. Even if the Indian readers of this blog do not agree, I must make the following statement – India is being used by the US to counter China.

That said, the situation India finds itself in is quite precarious. On one hand, there is annual bilateral trade valued at approximately $71 billion with China, not to mention the hundreds of kilometres of shared border and the regional links that go with it.

One the other hand, it has the western powers pandering to its regional power status, nuclear deals with the US and a seat at the world’s highest table. Both are evenly matched, yet diametrically opposite situations. If it takes one side, it will lose its importance in the eyes of the other. Walking the middle line (similar to Littlefinger) is highly desirable but practically an impossible situation.

Given the way the political situation in Westeros and Easteros are evolving, the East is on the rise, which of course includes India itself. As a personal opinion, I have said this earlier and I shall repeat it again – with the rise of the East, India and Afghanistan must get on the bandwagon in order to emerge more powerful at the end of the imminent political shift in the world. This means it must resolve its issues with both its nuclear neighbours, Pakistan and China.

The Kashmir dispute needs to be amicably resolved with Pakistan and China (the Aksai Chin region) and the Arunachal Pradesh dispute with China, not to mention the other Chinese disputes India is meddling in. It is only through peace and partnership that both India and Pakistan will be able to taste the fruits of economic prosperity.

For people within India who think dumping their western allies will cause uncontrollable upheaval, please listen to the wise words said by Archmaester Marwyn to Samwell Tarly (in the first episode of GoT season seven) regarding his worries about an imminent White Walker invasion,

“Every winter that ever came has ended.”