No, Nawaz Sharif must not be allowed to complete his term, if democracy is to prevail 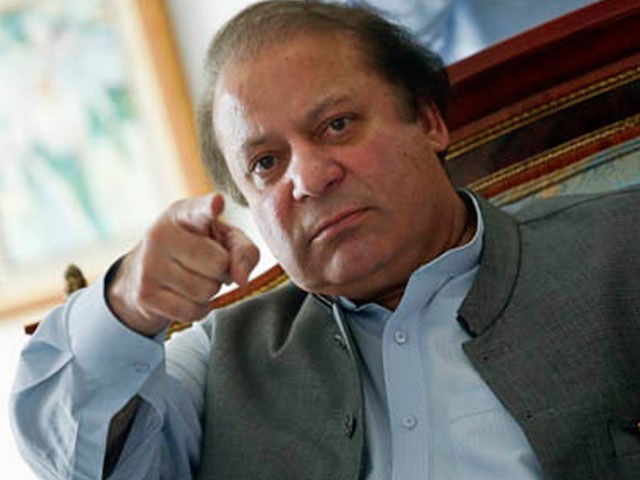 (This article is intended as a rebuttal to the blog titled “Nawaz Sharif must be allowed to complete his term as his dismissal will do no good.”)

I was scrolling through my Facebook newsfeed when this article caught my eye. With the wave of antagonism and criticism of Nawaz Sharif that has swept social media following the release of the infamous so-called joint inverstigation report (JIT), it is always interesting to see pockets of support for the embattled prime minister pop up every now and then.

However, to my surprise, the article advocated allowing Nawaz to remain in office. Not out of political allegiance, but based on the fact that in order to maintain our democracy, Nawaz must be allowed to complete his term as “the wheels of democracy, no matter how flawed, must be allowed to roll”.

And here is where the article is fundamentally flawed.

Democracy is so much more than completing a five-year term. Democracy means having a government and leader that are both accountable and subservient to popular opinion and demand. The minute a government fails to do that, it is, simply put, no longer legitimate. It’s as simple as that. And the JIT report (assuming that it is accurate) proves that the incumbent government has failed that very mandate.

If the claims of the JIT report prove true, then Pakistan will officially be a country being run by a group of individuals who have been convicted of enriching themselves with public wealth – our wealth – for their own personal gain. Now let’s think about what it would mean if, as per the article’s wishes, Nawaz remains in office and completes his term.

Firstly, we would be perpetuating the message that corruption is a crime that should not be punished if there is a benefit to the nation that can be derived from doing so. Sure, Nawaz’s dismissal might stoke political tensions which could be avoided by letting him remain in office. But then by that logic, taking kickbacks in infrastructure projects, turning a blind eye to corrupt civil servants and leaving crooked police officers on the street, are all perfectly acceptable, because in all those cases, there lies some benefit in not prosecuting them.

This should not be the case. Corruption is perhaps the greatest hindrance to our country’s progress and as such it must always be prosecuted, no matter the possible benefits in not doing so.

But more importantly, we’d be saying that our leaders are above accountability. This cannot happen. The only thing which separates a democracy from a dictatorship is that democracies are obligated to remain accountable to the public at all times. Alleviating Nawaz from that burden doesn’t strengthen our democracy, it destroys it, since it entrenches corruption into the highest levels of government. Accountability is our only weapon to fight it and if we set a precedent for future leaders and governments that accountability can be cast aside, then that renders us a nation powerless to even uncover, let alone prosecute, cases of corruption.

Our leaders shape our futures and success. We need to hold them to a higher standard than the rest of the public. The fact that the title ‘prime minister’ precedes Nawaz’s name means he has to be held more accountable to the law than a common citizen, not less.

The argument that Nawaz’s dismissal will cause political turmoil is one which, quite frankly, I both sympathise with and agree with. But that cannot justify preserving a flawed system and we need to stop pretending that short-term political stability is equivalent to having a stronger democracy.

Now I am all for due process. No matter how convincing the JIT report may seem, I refuse to draw any conclusions about Nawaz before he has been given the opportunity to defend himself in a court of law. But should he be found guilty, then for the sake of our country’s democracy, Nawaz must leave office.

And yes, that will do a lot of good.

The author is a medical student, with a keen interest in Pakistani politics and current affairs.