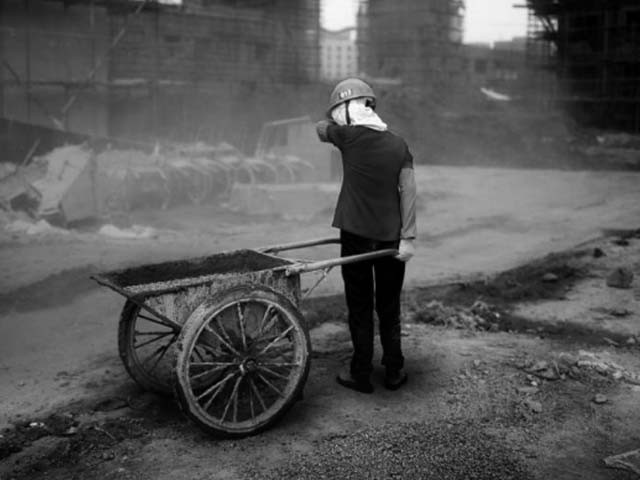 His eyes blinked, as if trying to capture the escaping moments, and he heaved a cold sigh. PHOTO: REUTERS

“What is it like migrating to another country for work?” I asked a middle-aged, growing old, worn out man.

There appeared deep wrinkles on his forehead, deep like incurable scars.

His eyes blinked, as if trying to capture the escaping moments, and he heaved a cold sigh.

“What can I say?” He whispered in anguish.

“I came here to earn just enough money,
to run a home with dignity.
A home with my parents, brothers, sisters, my wife, and our children,
But I’ve increasingly fallen short of making that home,
Let alone running it.
Having spent some 15 years here,
In this foreign land,
Which is still foreign to me.
I would say–
If there’s no other way,
For you to make a home,
Except migrating to a foreign land,
Then take with you all that is yours.

The laughter and the noise of your children,
The hopelessly waiting eyes of your parents,
The loneliness of your wife,
The slowly fading faces of your brothers and sisters,
The suddenly grown old Oak tree,
Under which you played with them.
The mud of your rooms and walls,
The vastness of your haveli,
The buffaloes, the cows, the dog,
The tubewell, and the lush green fields;
Leave nothing behind.
The flesh, the bones, the blood, the sweat.
If you can take with you everything that’s yours,
Only then you should consider living,
In a foreign land,
Or making a home,
And running it with dignity.”