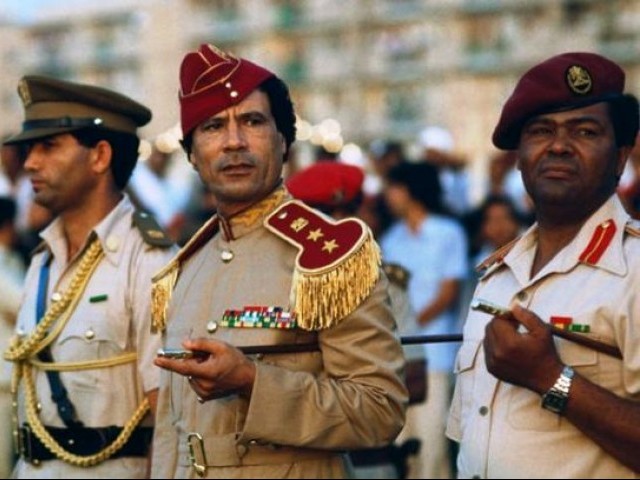 America and its allies have no right to launch air strikes on the country.

While the US, the UK, France, Germany and other western allies have done all they could to oust Libyan strongman Muammar Qaddafi, they have failed.

In fact, if anything, the dictator, who has been in charge of the North African country for close to four decades is nowhere close to relinquishing his position.

In this, he has shown himself to be far more resilient than Hosni Mubarak and this may be slightly ironic given that the protesters off Libya got their inspiration in large part from their counterparts in Egypt.

However, unlike in the case of Egypt, the US saw in Libya an opportunity to intervene militarily. The nature of that intervention was vague and at various times, US officials kept saying that the intention was not to oust Qaddafi but to ensure that he did not attack his own people. However, even if the Americans and their allies thought that the situation was getting out of control in Libya, that did not give them the right to launch air strikes on the country.

Those who favour this intervention cite the fact that the United Nations Security Council passed a resolution supporting this and that the action took place after the resolution’s passage.

However, that ignores the fact that the situation has been similar in another Middle Eastern nation, Bahrain, but in reference to that no such resolution was passed by the UN and the West did not feel the need to intervene in any manner. In fact, if anything, the Saudi government has sent in troops to bolster the Bahraini government, presumably because of its close ties to the latter’s royal family.

With Qaddafi showing no signs of backing off and the rebel forces struggling for more than a month to take hold of strategic cities in the centre of the country, things have come back to the table for ‘talks’.

The Libyan rebellion against Qaddafi’s rule has also sent oil prices up about 25 per cent since the revolt began. In the most recent talks Qaddafi’s acting foreign minister met with Greece’s prime minister in an attempt to find a political solution.

The realities of Bigg Boss, Wasim Akram and Pak-India relations