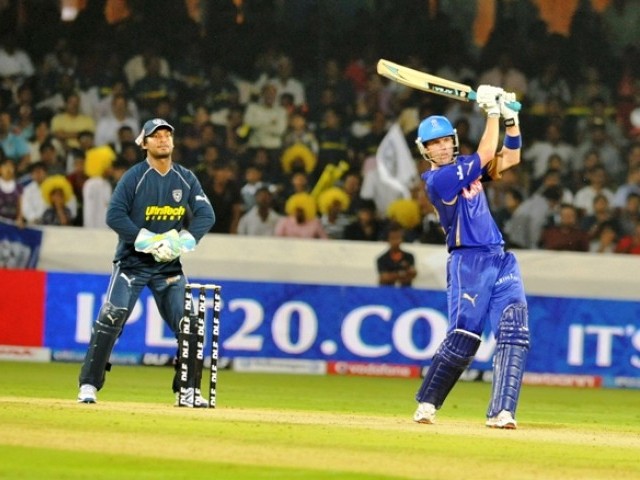 The fourth season of the Indian Premier League – the most glamorous league of cricket – kicked off on Friday.

The game went down to the wire and confirmed Dhoni’s reputation as one of the shrewdest captains in the world of cricket today.

You gotta love the IPL

IPL was the brain child of Lalit Modi, and was born out of the commercialisation of cricket.

The club design was adopted from football, where it has been successful for decades, and is now making money for players and the sport alike.

Although it is a domestic league, IPL promises to bring players from different nations under one roof and has a fan following in all major cricket playing countries.

Any diehard cricket fan will marvel at the sight of Dilshan and Zaheer Khan, the rivals who fought for the cup a mere week ago, celebrating a wicket together. County cricket did provide opportunities for such match ups but they were limited and nothing like the IPL which has actualized the fantasies of cricket fans

One would think that it started at a bad time after all the legal battles it has faced in recent times or the fact that it started right after the World Cup, but these thoughts should be dispelled. The league’s popularity has resulted in packed stadiums and sponsors have increased from nine to 11, confirming it as the premier league of cricket.

Who are they representing?

Some fans may find it difficult to reconcile with the fact that some players that played for one franchise will now be in the opposing team. Here lies the question: will player-loyalty take precedence over franchise-loyalty? After the reshuffle of players, this question will be answered.

Despite all that we are looking forward to, one thing that will be missed from this season is Pakistan’s representation.

It must be remembered that the Rajastan Royals built their successful campaign in the first season on the back of two Pakistanis, Kamran Akmal and Sohail Tanvir. Younus Khan was also on the team.

For this season, fans will be left wondering what it would be like if Razzaq and Yusuf Pathan, two of the cleanest hitters in the game, were batting together.

Malinga and Gul, two bowlers who bowl yorkers at will, bowling in tandem will only be a fantasy for now. The IPL experience will be somewhat diluted but nevertheless, an exciting six weeks are in store for fans!