#GameOver: Nawaz Sharif now has only two options – resign or be forced to resign 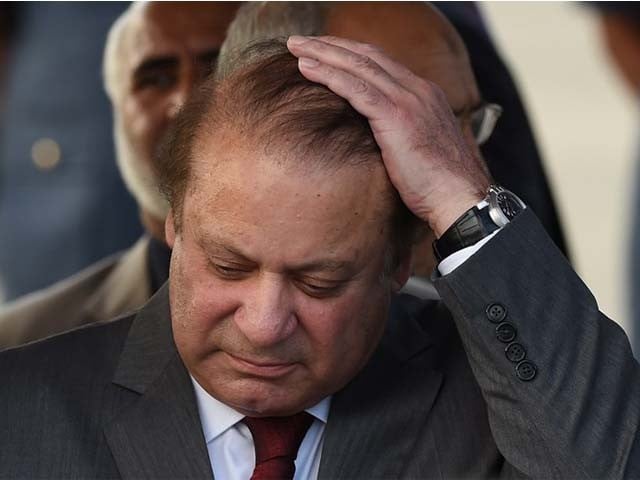 Alas, the unthinkable has happened. The eagerly anticipated joint investigation team (JIT) findings have implicated the members of the ruling Sharif family for not only concealing assets, but for failing to reveal their sources of income and presenting a fake money trail.

Startling revelations made by Panamagate JIT in final report https://goo.gl/YxZNQ2

The Sharif family members have officially been declared ‘criminals’ by the JIT findings.

Over the last few months, we witnessed the most appalling, cringe-worthy and condemnable portrayal of arrogant self-righteousness by the ruling party, despite receiving the ire of the public. No amount of shaming could budge the Pakistan Muslim League-Nawaz (PML-N) leaders from their stance and admit that they could be at fault.

The House of Nawaz Sharif (as in Game of Thrones) has chosen to remain adamant that the accusations are nothing but a tactic of their opponents to gain traction. So much so, that Maryam Nawaz went to the extent of declaring the Panama papers as ‘trash’ and hurling accusations at the foreign journalists behind it. That was before they aptly put her in her place with evidence confirming her involvement in the whole fiasco.

However, in the wake of the JIT proceedings leading up to its conclusion, the PML-N sycophants crossed all limits in their failed attempts to bereft the lawsuit of credibility by aggressively attacking the judges, JIT members and of course, Imran Khan.

A mudslinging match ensued when Talal Chaudhary, Khwaja Saad Rafique, Khawaja Asif, Asif Kirmani and others shoved their moral values down the drain in their attempts to flatter their master. Let us not forget Nehal Hashmi, who verbally attacked the judiciary as well.

The final desperate attempts at pressurising the JIT team and influencing the outcome of its probe proved futile considering yesterday’s outcome. Imran wasted no time in demanding Nawaz’s resignation and Nawaz was seen trying to sway the public opinion in PML-N’s support.

It seems that Nawaz only has two options now – either resign or be forced to resign.

The public’s anger towards them has been increasing with every new piece of evidence emerging. The Pakistan Tehreek-e-Insaf (PTI) leader’s rhetoric of waging a war against the corrupt mafia has also appealed to the masses and largely fuelled anti-Nawaz sentiments across the nation.

It’s clear as day that Nawaz doesn’t respect the will of the public, and now he has even refused to accept the JIT findings. Why doesn’t that surprise me? This refusal may cost him dearly and he shouldn’t even think of attacking the courts like his party did back in the 90s.

“If the PML-N storms the apex court as its leaders and activists did in 1997, PTI chairman Imran Khan will come out in support of the judiciary.”

The aforementioned statement indicates that if PML-N resists the decision like it did in the past, it will make Imran more determined to fight back.

Imran has successfully positioned himself as the sole warrior against corrupt practices and looters. Even those who were critical of him in the past can be seen singing his praises and well, why shouldn’t they be?

Imran was bashed mercilessly for his stance, blamed for acting as a foreign agent for destabilising the country and mocked endlessly for not knowing about politics. The PML-N stooges, including Ishaq Dar, even resorted to personal attacks against him, but he proved his mettle by coming out stronger.

Attacking the judiciary would only result in chaos, destabilising the country, and may even bring it to the brink of civil war. But what is all this for? Do the Sharifs want to cling onto power for a bit longer? A few more days of rule won’t do Nawaz any good.

Since Nawaz and his party cannot resort to violence-based tactics, it seems there is little he can do to ensure his survival. Appealing against the report and contesting it would be like fighting a legal battle that has already been lost. Once a public office holder has been disqualified by two judges of the highest court, declared as the Mafia Godfather by them, compared to the Sicilian Mafia, and proven corrupt by representatives of five national institutions, there’s not much one can do.

It’s about time Nawaz does the right thing by making good on his promise and hands over the reins of the country to a family member, which would be ironic since all Sharif family members are up to their necks in corruption. But it’s the best Nawaz can offer us for now.

As per the rumour mill, the Sharif children namely, Hussain and Hassan Nawaz, who built their family fortunes on looted public money, have already abandoned the sinking ship.

Fleeing the country not only proves their guilt but also serves as an indication of the tough times ahead for the Sharifs. In doing so, they have made it clear that they are nothing more than dishonest individuals who came to this country either to devour its resources or to defend their wrongdoings.

If Hassan’s fleeing is any indication of the future, Nawaz may be planning to escape as well. Maryam stated, “Stop Nawaz if you can” after her appearance before the JIT. Well, the law enforcement agencies and the courts should accept the challenge and do everything in their power to stop Nawaz from leaving the country. Regardless of the Supreme Court’s final decision, all remaining guilty members of the Sharif family must be put on the Exit Control List (ECL) immediately.

Now that Nawaz’s crimes have been proved, it’s evident that his lengthy stay in power is the only source of his family’s wealth. In a country like China, that has zero tolerance for corruption, he would have faced the death sentence. While in a true democracy like South Korea, he would have been sent to prison. But such measures are not implemented in Pakistan. Unfortunately, we welcome the corrupt with open arms.

The Sharif reign seems to be near its end. It’s not a question of if, rather of when he will leave. We, as a nation, cannot bear the burden of Nawaz any longer which is why by resigning now, he may garner some admiration and hence make way for face saving – something that could help him in the upcoming elections.

Only someone living in an alternate reality would expect the Supreme Court to decide in favour of the Sharif’s now. Disqualification by the full court bench this time or being sent to prison sounds like the writing on the wall. But the million dollar question is, would Nawaz be able to read it?