Fighting mud with mud will only make you dirty, Imran Khan 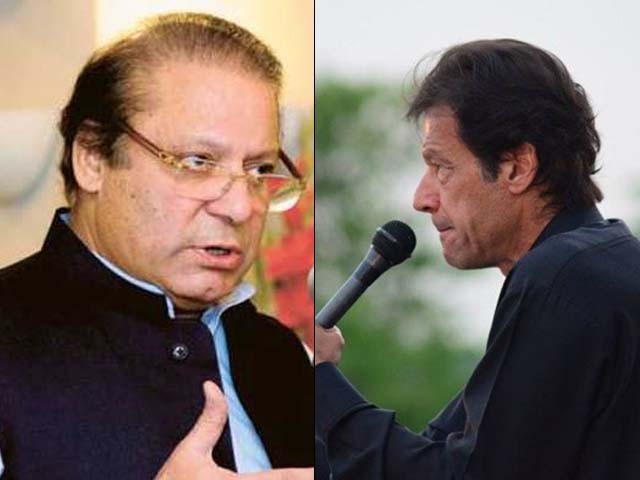 They say that fighting with fire will get you burnt. Fighting mud with mud has only made Imran dirty.

The past two weeks have been a virtual dreamscape for Pakistan Tehreek-e-Insaaf (PTI) leader Imran Khan. With the exception of concerns over foreign donations to his party that have raised some questions about disqualification, controversy has mostly evaded Imran.

But on the other hand, controversy has plagued his political opponent Nawaz Sharif’s party, the Pakistan Muslim League-Nawaz (PML-N). Most of the scandal, in some way, originates from the Panama case.

In May, prominent PML-N leader Nehal Hashmi threatened the joint investigation team (JIT) mandated by the Supreme Court to investigate Nawaz’s financial holdings, culminating in his (short lived) resignation. Significant criticism has also been directed at the inconsistent answers given at hearings and in the media by those being investigated, particularly Nawaz’s children Hassan Nawaz, Hussain Nawaz and Maryam Nawaz. Things only got better for Imran when the PML-N adopted a decidedly primitive strategy to divert attention – personally attack Imran.

Last week, in perhaps the most poorly strategic political move in recent memory, Finance Minister Mr Ishaq Dar ‘criticised’ Imran for waiting outside his office for hours to collect donations for Imran’s charity cancer research hospital, Shaukat Khanum Hospital. Apart from how horribly elitist the statement came off as, it solidified Imran’s image as the common man working for the greater good against the kleptocratic establishment. Apart from that standout example, there have been other instances of personal attacks on Imran by Information Minister Maryam Aurangzeb, Maryam Nawaz and others.

Imran, however, never seems content with seeing his opponents dirty themselves, and consistently decides to resort to mudslinging himself. A few days ago, he saw it fit to say that Nawaz and his family will spend their next Eid in jail. He later posted a caricature style photo of Mr Dar implying that his facial expressions show that he is guilty. Then, this weekend, he decided that holding Nawaz accountable could be described as waging jihad against the Godfather of Mafia.

These statements, in an irony typical of Pakistani politics, actually diverted criticism from journalistic circles of Nawaz towards Imran, blaming him for the same excesses that they had been blaming the PML-N for this past month.

It is clear that Imran’s mudslinging strategy – even if it was simply a reaction to Nawaz’s own defamatory tactics against PTI – do not help his party. There is a strong undertone of immaturity and crassness in such statements, characteristics which no Pakistani citizen wants to see in their leader. Moreover, these petty statements portray certain aloofness about situations that are usually grievous in nature and deserve the dignity of being taken earnestly.

Most importantly, it clumps Imran together with the rest of the political establishment that the Pakistani people simply do not trust. Such statements contribute to the low confidence the public has in the political sphere, as demonstrated by a Gallup Poll Analysis Study from 2015,

“In a survey conducted in 2007, people were asked about the degree of trust that they placed in various institutions. In response, 20% of the people said that they had a lot of trust in the National Assembly.

That 14% and 6% could make all the difference in the election next summer. Imran needs to do nothing more and nothing less than rising above the fray of insult trading in Pakistani politics. His political message and his drive for community service narrate the tale of an honest newcomer to Pakistani politics who wants to reform the system. But to do so, Imran can no longer indulge in the system’s terrible habits of personal and petty attacks.

They say that fighting with fire will get you burnt. Fighting mud with mud has only made Imran dirty. That is tragic, because all that Pakistani people are looking for in next year’s election is a clean politician.