The (not so) long arm of the HEC 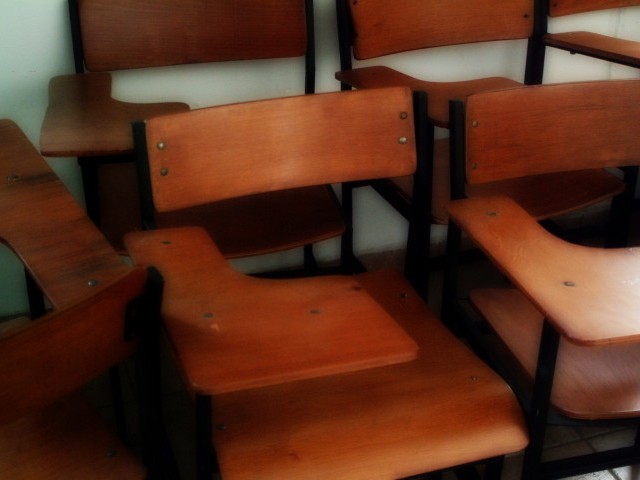 Education cannot and must not be instruments of propaganda.

The Higher Education Commission’s (HEC) devolution has pulled emotions and inflamed passions for the past couple of weeks.

However, I for one do not believe that the HEC is a barometer of the state of education in Pakistan.

On the contrary, the case of Qamar Riaz Mamitkhel, a lecturer at Bahria University Islamabad points to how inadequate the provision of education in our country is.

If we ever needed a snapshot of where we stand, look no further.

Mr Qamar Riaz Mamitkhel had the audacity to question the role of retired military officials in his university.

For his comments, he was restrained by the institutions security personnel and removed from the auditorium.

All of this happened in the presence of none other than HEC chairman Javaid Laghari.

This follows the case of a lecturer at National University of Modern Languages (NUML) who was beaten up by a retired Brigadier.

The question here is this: does the HEC or any state body for that matter have the authority to monitor educational organisations affiliated with the military?

Is the HEC able to maintain quality controls and the high standards that it sets itself in institutions such as National University of Science and Technology, Bahria University, Air University, National Defence University and NUML?

If an academic can be silenced and bullied in the presence of the HEC chairman, what hope do we have of encouraging and developing critical thinking, debate and innovation in education centres across the country?

Between politicians’ fake degrees and retired army officers granting themselves PhDs at NUML, we have seen and heard of it all.

Education at every level in Pakistan has been reduced to passing exams and attaining certificates. What actually takes place in the classroom or lecture hall is of little concern to bureaucrats, generals, administrators and entrepreneurs.

Education cannot and must not be an instrument of propaganda. If we concede that certain issues such as the military are above debate and criticism in universities then with or without the HEC, devolved or centralised, we have already failed the many thousands of students who fill lecture halls across the country.

Silencing questions and comments on such topics silences valid counter arguments regarding the positive role of such interference.

Mr Mamitkhel and his students are now holding lessons beneath a tree outside Bahria University.

The “administrators”, the retired admiral’s and such are above account. If we want to reduce education to certificates, and university to an extension of primary school, where lessons are held, exams are sat and results issued, then the status-quo is perhaps acceptable.

Yet if this is an ideal state and acceptable form of higher education, then why is it that the same bureaucrats, military officials, administrators and entrepreneurs send their own children to the “undisciplined” and free thinking universities in the West?