Why should Pakistan observe neutrality when it can dominate the political discourse in the Middle East? 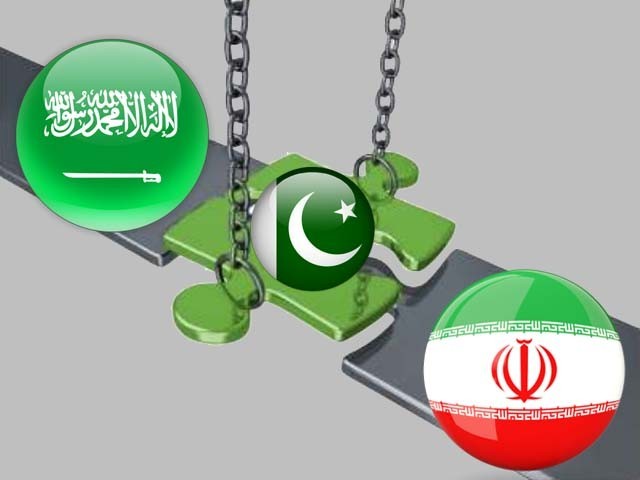 If Pakistan really wants to play a leading role in the Muslim world, then it should aim to assert its military hegemony by preventing the Iranian and Saudi Arabian militaries from fighting each other.

The Gulf States have an existential reason to not make their armies strong because if they do, it would mean that the heads – quite literally – of the various kings, princes and other royals would be on the line.

Enter the United States (US) armed forces and the 600,000 strong land, sea and air forces of their strongest Muslim ally, Pakistan. While the presence of the US armed forces is known by all and sundry, a lesser known piece of information is how crucial Pakistan is to the precarious balance of power and peace in the Middle East.

Saudi Arabia sees the Pakistani Army as the defender of the last resort. It is not for nothing that merely two months into his tenure, General Qamar Javed Bajwa assured the Saudis that the,

“Pakistan Army holds defence of the Kingdom of Saudi Arabia (KSA) at a par with its own.”

Such a statement would never come in support of Iran of course.

The only impetus for Pakistan to get the atomic bomb was that India had started conducting nuclear tests of its own. Similarly, shouldn’t the Saudi leadership have aggressively pursued nuclear technology after the success of the now disbanded Iranian nuclear program? They should have, but the answer is that they already have nuclear weapons; Pakistan’s arsenal stands at ready for the Saudis whenever the need arises.

There are rumours, unsubstantiated and unverified however, that in the case of an Iranian first strike, Pakistan would not hesitate in directing its missiles towards its Shia neighbour. It goes without saying that the Pakistani establishment clearly prefers Saudi Arabia over Iran in the Middle Eastern cold war.

The Gulf Cooperation Council (GCC) states take Pakistan’s support for granted, to the extent that the United Arab Emirates’ (UAE) minister of state for foreign affairs lashed out at Pakistan two years ago because our Parliament had the temerity to declare Pakistan’s neutrality in the Yemen conflict. I concur with the state minister. Pakistan should not play a neutral role in the Middle East. Rather it should dominate the political discourse in the Middle East.

In the face of weak Arab forces, Pakistan has the physical and armed capacity to dictate policy outcomes in the Middle East. It does not matter if we opt for neutrality in the Middle East or support the Iranian camp or the Saudi camp. What is important is that our foreign policy be assertive. Much like the Americans, we should station our forces in various bases in the Middle East. While we do not have the economic clout that the Americans have, we do have the military muscle and wherewithal to out manoeuvre and maim whichever Arab or Iranian forces want to challenge us.

Despite our relatively greater military strength, our diplomatic policy has always been one of subservience to the Arab monarchs. That is true even for the period before their massive increase in wealth and leapfrog in economic growth.

Even though Pakistan International Airlines (PIA) – one marvel of an airline in the 60s – established Middle Eastern airlines such as Etihad, Emirates, Saudi Air et al, and even though we not only trained Arab armies in the 60s and 70s, but also participated in the Arab-Israeli wars of 1967 and 1973, we have always seen ourselves as somewhat inferior to the Arabs and shied away from playing a more dominant role in Middle Eastern politics.

Even with our Iranian neighbours, our posture has been very pliant, whether it is the Shah in power or Iran post-Ruhollah Khomeini. Friendly relations do not imply that Iran fire mortars deep into Pakistan’s Balochistan territory.

If Pakistan really wants to play a leading role in the Muslim world, then it should aim to assert its military hegemony by preventing the Iranian and Saudi Arabian militaries from fighting each other; or by breaking the back of the Houthi rebels. It can also stringently ask Saudi Arabia and other Gulf countries to improve their ties with Qatar. Thus, the government’s acceptance of retired General Raheel Sharif’s appointment as Chief of the Islamic Military Alliance is a step in the right direction.

I know that in the current scenario where Pakistan is cash starved and the army is engaged on multiple fronts against militants merely to assure the survival of the Pakistani state, it smacks of naiveté to suggest that Pakistan play a bigger role.

However, I daresay, what is wrong in suggesting that the Pakistani state – or the Pakistani Army leadership in other words – should look outwards rather than inwards, or that the Inter-Services Intelligence (ISI) plan schemes of outward domination rather than merely tapping the phones of harmless politicians. Saudi Arabia and Iran would also benefit immensely from our increased assertive role in the wider Persian-Arab region; there would be a thaw in their acrimonious relations.