Don’t hate Rebecca Black, she may change the world 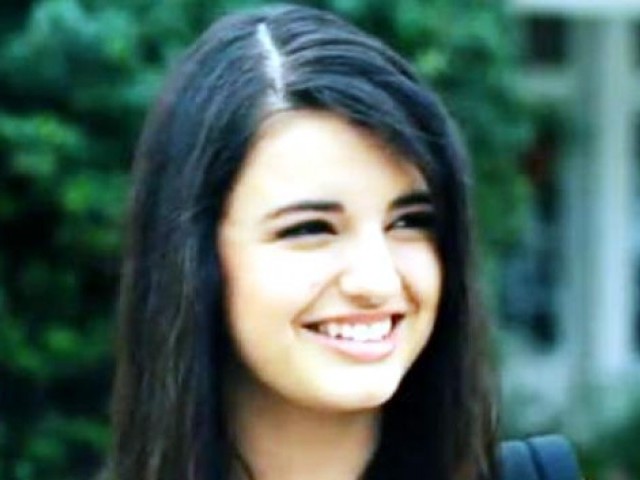 In a matter of three days, the YouTube video was closing in on 14.5 million views. As of April 3, it has been viewed over 80 million times.

It isn’t uncommon for catchy songs and humorous videos from renowned artists to become viral hits but this song does not fall into either of those categories. Billboard said the song came “straight out of auto-tuned hell”; Rolling Stone characterised the song an “unintentional parody of modern pop”, and CNN called it “an internet sensation for all the wrong reasons”.

So why was it so popular?

“Black’s video for Friday is one of those rare occurrences where even the most seasoned critics of Internet culture don’t know where to begin”.

The possibility that we are all wrong is unlikely.

This isolated event shows the power of social media sprinkled with a bit of humour. I am convinced that people are not viewing/downloading this clip for its musical worth but are just doing it for laughs. In this process the video is breaking records. It’s crushing Nickelback and Linkin Park, and is closing in on Katy Perry and Lady Gaga as far as YouTube hits go.

A careful inspection of the YouTube comments and Facebook pages about the video reveals that there is an increasing number of posts actually admitting that the song was “growing on them” or is “kind of addictive”.

The power of social media

In an age where information spreads like wild-fire, social media is absurdly powerful. Arguably, it also has an enormous part to play in the recent North African/Middle Eastern revolutions, and is the tool that helped protestors catch the world’s attention.

I’m not telling anyone to hate Rebecca Black – I don’t. (I’m even trying to convince people to accept Justin Bieber who I think actually can sing).

I’m saying there is a lesson to be learned here. Social media controls the world: it can make you believe and forget anything.

We’ve already seen the effect of the bias of Rupert Murdoch’s News Corp, which owns major newspapers and television channels in more than four continents. News Corp’s bias towards Israel is no secret, but it still manages to convince millions of people to believe in their stories, however absurd they may have been in the context of local and international relations. Social media has a global reach. While in the right hands, this power could overthrow dictators and cause revolutions. But it is a cause of concern that it could fall into the wrong hands.

The good news is that so far, social media has been on the right side. YouTube has broad-casted the revolutions live and opened question answer sessions with president Obama after his State of the Union address.

Twitter and Facebook have been instrumental in spreading the ideas of the revolutions and collecting donations for recent natural disasters.

Take Rebecca Black’s Friday as a tribute to the power of social media and the good it has done for the world recently, and let’s worry about potential dangers when and if they seem realistic.

And incredibly, as I end this piece I can hear Friday playing on full volume from the building opposite my dorm.