O’ Parachinar, your loyalty is not enough for Pakistan 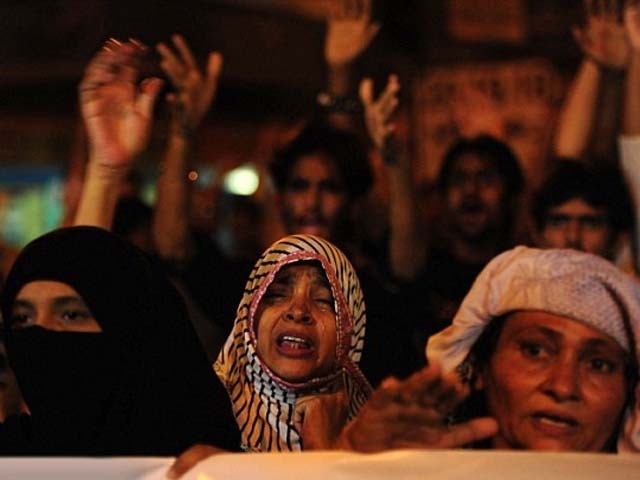 Addey, my grandmother, would reminisce about memories of her father with pride in her eyes and say,

“I was a little girl of seven and the memory of him sitting in a room and sewing green coloured clothes and the flag of Pakistan with his own hands before the Partition is still afresh in my eyes.

He used to write letters to Mohammad Ali Jinnah on behalf of the people of Parachinar to express his willingness to join Pakistan. He received directions by him in return for the Pakistan Movement in this tribal region. He travelled on horses along with other companions from Parachinar to Delhi to meet Jinnah and express solidarity with him. Soon after the creation of Pakistan, when Kashmir was attacked, he rode on the same horse and led a group from his hometown to fight against the invaders. That was the last time I saw him.”

The family still keeps the letters from Jinnah to Malik Nazar Ali Turi as a sacred heritage.

From the creation of Pakistan begins the journey of Parachinar’s loyalty towards Pakistan.

During the short life which Jinnah lived after independence, he along with Mohtarma Fatima Ali Jinnah visited Parachinar. Mohtarma Jinnah delivered a speech to the women of Parachinar despite the language barrier; she knew that the people of Parachinar would understand the language of love she spoke. Jinnah promised the tribesmen that the Frontier Corps (FC) Turi Militia shall neither be dissolved nor shall they be deployed elsewhere.

Strange that Jinnah chose to visit Parachinar amongst all the tribal regions.

After Jinnah, Parachinar was neglected for years but no rebel movement was ever carried out. And then Zulfikar Ali Bhutto came to power. He visited Parachinar and laid the foundation of schools, colleges, hospital and other basic projects. His daughter Mohtarma Benazir Bhutto paid a visit to Parachinar too and initiated the Pakistan International Airlines (PIA) flights by establishing an airport there. Both of them won the hearts and loyalty of the people of my hometown and the legacy of this love has been passed on to the coming generations. Wall chalkings of Jiye Bhutto and their posters are still adorned by Parachinar, despite being neglected by the Pakistan People’s Party (PPP) government during a decade-long besiege by the Taliban.

It’s the legacy of the people of Parachinar; they never forget even the slightest of kind gestures made to them in the past.

During Ziaul Haq’ s regime when militants were being prepared, atrocities began in Parachinar for their loyalty towards the Bhuttos and their refusal to bow down. Sectarian conflicts were created and mass murders of Shias were committed, but not a single rebellious movement against Pakistan was instigated by the tribesmen. They remained loyal to the pure land with the hope that one day this darkness would give way to light.

The land of Parachinar remained under besiege by the Taliban for almost seven years till 2012. The Turi tribe fought resiliently against them and stood as guards of the longest and most strategic border which no other agency shares with Afghanistan.

The road connection of Parachinar with Pakistan was cut off for almost a decade and only the affluent could afford private jets. Students, the ill, and coffins had to travel via a 26-hour long route through Afghanistan to avoid being slaughtered and chopped into pieces by the Taliban on their way inside Pakistan.

They received basic food commodities either from Afghanistan or through trucks that followed the longer route; items were sold at more than double their original prices. Despite their sufferings, the locals didn’t give up. Schools and colleges remained shut, but the locals appeared in exams by studying at home. Incidents of students being fired at and killed by the Taliban on their way to Peshawar in coaches for their university form submissions have also occurred. During this whole decade, no flag other than that of Pakistan and Alams in the remembrance of Hazrat Abbas Alamdar(AS) were raised on the grounds of Parachinar.

But O’ Parachinar, your loyalty is still not enough for Pakistan.

Parachinar has given their sons to the Pakistan Army and many of them have served as dignitaries. Many accepted martyrdom on the Line of Control (LoC) and during operations in Waziristan and other agencies. The tribesmen in Turi Militia dispersed in other agencies have laid down their lives, and their beheaded bodies were received by their grieving families. Parachinar still continues to send their sons to serve in the Pakistan Army and they still consider it as a source of pride.

The people of Parachinar have respected each Commandant of the FC Militia and the ranks of Bhuttos. Lieutenant Colonel Abdul Hanif Malik of the Baloch Regiment is still revered by our elders as an FC Commandant for his truthful character and wise decisions. Since the re-opening of the roads that connect to the rest of Pakistan, Parachinar is paying a heavy price of being targeted with repeated bomb blasts and the blood of innocents being shed on its land.

The sit-in for the 70 victims of twin blasts that rocked Parachinar continues and will continue till the Chief of Army Staff (COAS) or Prime Minister (PM) visits them and listens to their demands. No anti-Pakistan or anti-Army slogans are chanted, only echoes of Labaik Ya Hussain can be heard. Their loyalty for Pakistan is viewed as doubtful due to their love for the household of Prophet Mohammad (PBUH) and because they belong to the Shia sect, as does the majority of Iran’s population. Does sharing the same religious belief with a nation make us disloyal towards Pakistan? Are Hindus, Christians and Sikhs disloyal towards Pakistan as well?

The people of Parachinar are waiting for the PM and COAS and they expect them to express solidarity with the bereaved and to prove that their blood is not inferior in comparison to other Pakistanis. Parachinaris are not sitting there to receive compensation for their dead ones in the form of money. The PM can distribute their share amongst the victims of the Bahawalpur accident with joy, but his highly awaited visit to Parachinar and concrete steps for the restoration of peace in Parachinar might help him gain the loyalty of Parachinar too.

The silence of the media, the apathy of the ruling government, the insensitivity of the FC Militia and the Pakistan Army will do nothing other than sow the seeds of mistrust and bitterness in the people of Parachinar.

O’ Parachinar, your loyalty to Pakistan is not enough, but only a few know that the loyalty of people residing under the footholds of Koh-e-Safaid can change the destiny of Pakistan.

The author belong to Parachinar. She is a doctor by profession and work as post graduate medicine trainee in Khyber Teaching Hospital, Peshawar.