From the ‘Eidul Filter’ photo to the ‘#WokeUpLikeThis’ selfie, now you can nail the perfect rishta picture 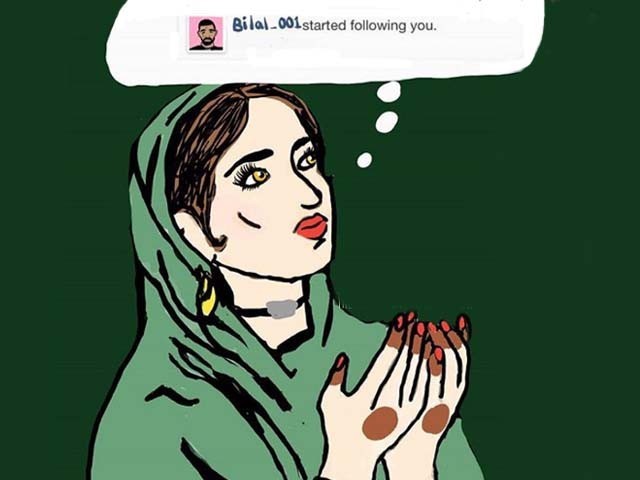 If there’s one thing Pakistan is passionate about aside from chai, the Panama leaks and commenting on someone’s weight, it is rishtas. The rishta aunty is probably Pakistan’s third most popular profession – after doctors and engineers, of course – who are incidentally prime candidates for the rishta hunter.

So if you’re looking for a rishta, please read the extremely serious plan below which clearly highlights how your life will transition from behuda (indecent) to shaadi shuda (married).

Eid is a great time to bond with family, collect eidi, and appreciate the joy brought on by sheer korma, right?

Here’s a step-by-step as to how to go about it:

Step 1: Colourful outfit of the day (ootd) by a designer ✓ (Bonus points for thanking said designer in your caption, for example:

“Thank you so much Sharbat & Shaniqua, I absolutely loved my outfit!”

Step 2: Grab a cousin/sister to pose next to you (preferably someone fatter/shorter/less pretty than yourself).

Step 4: Go back inside, refresh your make up, touch up on the mascara and lipstick, and put your uncomfortable heels and churiyans (bangles) back on.

Step 6: Head tilt, pretend to not know you’ve roped your little sibling into getting this spontaneous shot by looking anywhere but directly at them. Laugh and throw your head back.

Step 7: Head back in and stuff yourself with the haleem and biryani. You’ve earned it, girl!

Bonus points if your ootd includes a dupatta.

The ‘my best friend got married and I couldn’t be happier for her but I also want to secretly kill myself’ profile picture:

Nothing could make the creeping rishta aunty Facebook stalkers happier than discovering you in their bhateeja’s best friend’s nephew’s wedding photos sitting next to the bride, beaming with pleasure. Make sure you caption the photo some basic phrases. For example,

“My #bff’s wedding, can’t believe it’s finally happening! Couldn’t be happier for you!”

Unless it’s your fourth best friend’s wedding, then a simple “another one bites the dust” will do. Aunties need to know that you are clearly ready to have your photos passed around to other ‘non-judgemental’ aunties looking for the perfect bahu.

Bonus points for choosing the photo in which you’re helping the bride carry her jora (outfit) or fixing her dupatta. This shows you are totally ready to carry off joras that weigh three kilograms.

Posing with a child almost guarantees a 10 out of 10 on the rishta picture grading spectrum. That is, unless it’s your own child because that just raises too many questions of,

“Oh, she was married and has one child? That’s too much baggage for my beloved pure beta!”

Extra points if the child is homeless and it’s a picture from that one summer when you did charity work.

For the men – any child (niece/nephew, cousin, step child, illegitimate child) will more than suffice.

Selfies can be tricky when it comes to meeting rishta picture requirements, but if you follow the simple guidelines below, you should be married in roughly four to six months:

1.Blow-dried hair is a must. For best results, get a blow dry the day before. Moreover, do not move, step out of an air-conditioned room or sleep during those 24 hours.

2.Open every tutorial you can find online on how to contour your face.

4.Install every possible photo editing app and spend the next two hours air brushing any blemishes, making your eyes bigger, hair bigger, cheek bones pronounced, smoothening out your skin, whitening your teeth, filling in those eyebrows and making your pout as pronounced as Kylie Jenner. God bless Kris Jenner and her genes for providing girls with beauty.

Bake it till you make it:

One of the foremost ingredients of the perfect bahu/ biwi is having the ability to cook. Even if feminism tells us otherwise.

A photo in the kitchen shows potential males that you are a ghareloo (domesticated) at heart and assures their mothers that their son will be happily led towards the path to obesity. Make sure you pose holding a whisk in your hand and a tray of freshly baked (read: store bought) brownies in front of you.

Or if you’re really going in for the kill, pose with a daig (pot) of biryani with the caption #cookedfromscratch.

For the men, a photo in a suit is a necessity to show that you have a job and are thus an eligible bachelor. It could even be a picture from your prom six years ago. As long as you’re wearing a tie, you’re good to go (down the aisle, that is).

From fat to fit:

If you were fortunate enough to be overweight at some point but aren’t any more, make sure there is sufficient proof of your former fuller days on social media in the form of photo evidence. A picture speaks a thousand words, especially one that shows a before and after transformation.

It also tells the guy that you’ve got what it takes to lose weight again once you pop out three kids in the first four years of your marital life.

What good is a university degree if it doesn’t help you get hitched? Make sure you put that awkward shot of you posing with your degree to good use (aside from hanging it in your dad’s office) by making it your profile picture.

Because nothing lets people know you’re ready for the next stage (marriage, not a career) of your life better than alerting everyone that you are now a doctor. 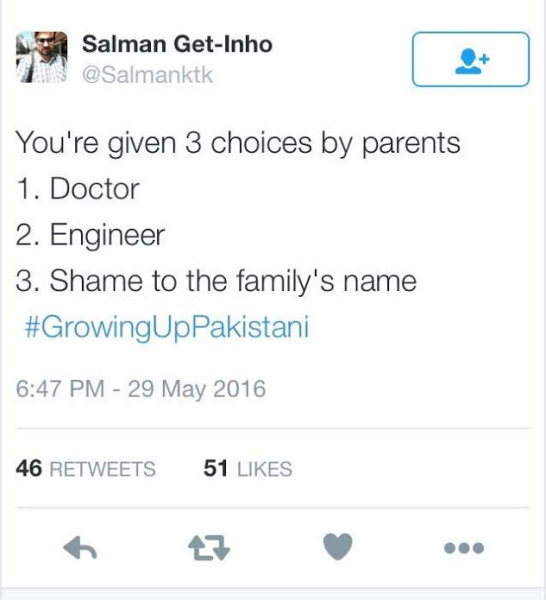 Sporty and I know it:

They say the way to a man’s heart is food. Wrong.

A profile photo of your favourite premier league team will work just as well, and without the effort of you having to learn how to cook.

Bonus points for posing in front of your nephew’s PlayStation, holding the controller and pretending to be playing Fifa. As long as the controller is in your hands, so is his heart.

Nothing assures me that you’re definitely not a model more than you putting up “modelling” photos of yourself. However, luckily for you, I’m neither a guy nor am I a rishta aunty. Let’s be honest, both of them will definitely fall for it.

So grab your “photographer” friend and have them take some high resolution shots of you decked out in your Sunday best. Or even better, make sure you attend every designer store opening/fashion show and get photographed on the red carpet. This is a relatively safer way to guarantee celeb status (compared to the rather colourful road Kim Kardashian had to take).

The best way to fake intelligence is to publicise it on Facebook. Nothing could work better than having a fancy profile picture than not having one altogether. Be on the lookout for any political issue or tragedy taking place worldwide. The more obscure the location, the better.

And then be sure to update your profile picture accordingly. #PrayForRishtas

To sum up, you can thank me after you get a friendship request from your husband/wife to be on Facebook.

Duaon main yaad rakhna (remember be in your prayers). If you didn’t have my satirical advice to adhere to, you’d probably still be swiping left on Tinder.

The writer is an architect by profession, a sometimes photographer and an occasional writer of satirical rants. She tweets @ftafzal