No more Butt and Butterfingers 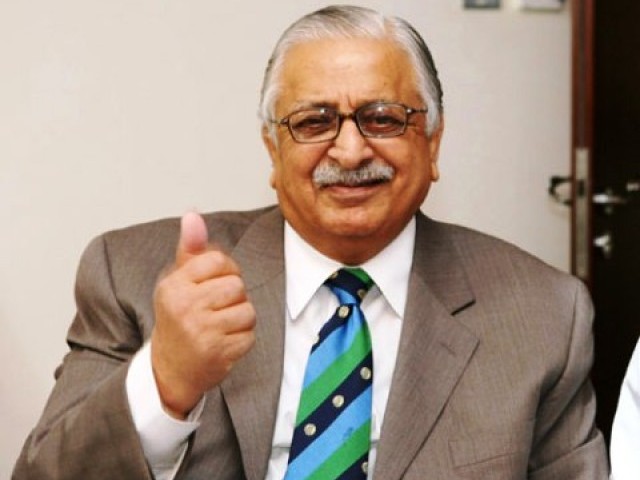 As Ramiz Raja put it, though Shahid Afridi could not win the World Cup, for 30 days he united the nation.

However, though we must unreservedly praise the performances of Team Pakistan, a few heads must roll to ensure that the strides we have made are capitalised to the fullest extent.

The system governing the Pakistan Cricket Board (PCB), effectively a one Butt show, has to be revamped. The PCB needs a much more effective, efficient and vibrant administrator – someone who is in touch with modern day cricket – to govern the way the game is played and developed in Pakistan.

The disparaging way Ejaz Butt spoke about Shoaib Akhtar – who has been an excellent servant of Pakistan notwithstanding his failings – was shameful and speaks more about Mr Butt’s mindset than Akhtar’s fitness. Being so dismissive about a national cricketer does not behoove the chairman of the PCB.

The statement about Shoaib alone should be enough to show Butt the door, but the the powers that be seem unmoved.

No fossils, no butterfingers

Moreover, the one-day team also needs some fresh legs to displace the ageing warriors. It will not be inopportune to restrict the careers of Younus Khan and Misbahul Haq to Test cricket alone while bidding farewell to Kamran Akmal and arguably Abdul Razzak from all forms of the game.

If rumours are to be believed, the senior Akmal will be dropped from the upcoming tour in the Caribbean and Adnan Akmal is likely to replace him. Though Adnan did reasonably well in New Zealand, this might be the time to re-introduce Sarfaraz Ahmad who has displayed better glove-work.

Razzak has been inconsistent and  cannot be a member of the squad on the basis of his past laurels.

An injection of young blood will help the team grow into a cohesive unit with time. Our new batting order should revolve around Asad Shafiq and Umar Akmal, who must improve his attitude.

This morning, I came across a news-report which quoted Zulqarnain Haider saying that Umar Akmal constantly bullied him.

Though Zulqarnain’s own credibility is open to debate, these allegations must be investigated to ensure that such high-handedness is not tolerated. Akmal might be a great talent, but no one is bigger than Team Pakistan.

Work on the bowlers

The bowling should be bolstered by developing an able back-up to Umar Gul who remains a potent threat irrespective of his abysmal outing at Mohali. There is no better person around than Waqar Younis to oversee things during the revamp.

With the effort, dedication and unity the team have shown Team Pakistan has all it takes to take the world of cricket by storm.

A barrister-at-law from the Honourable Society of Lincoln’s Inn who is currently practicing in Islamabad.

Take Kamran Akmal off the team!

Time for Pakistan cricket to finally move on