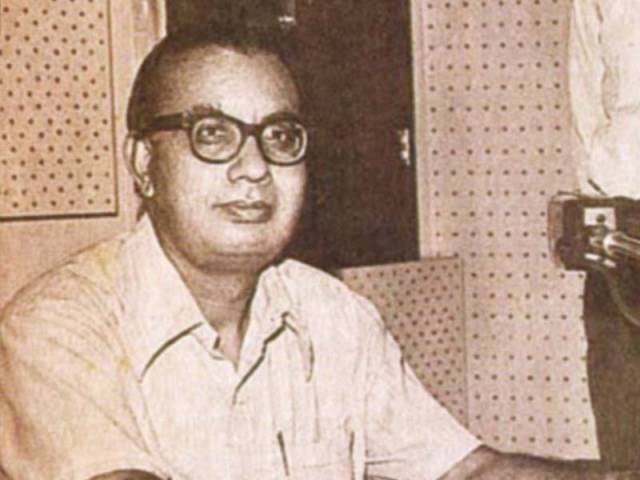 Ibne Insha was one of the early supporters of the Progressive Writers Movement (PWM) in colonial India.

Ibne Insha (1927-1976) was one of our most gifted poets and humourists who died too young. The world knows him mostly as the author of melancholy ghazals such as ‘Insha ji utho ab kooch karo’ (Insha ji, get up and do something), or the biting satire that can be witnessed in his masterpiece, ‘Urdu ki akhri kitab’. However, little known is the fact that he was one of the early supporters of the Progressive Writers Movement (PWM) in colonial India and would undoubtedly have been one of its leaders had he lived long enough.

He also left behind about a dozen odd intensely political poems showing an uncanny awareness of the horrors of war and imperialism. They range from colonial machinations in the Middle East at the beginning of the Cold war and the advance of Mao Tse-tung’s armies to the victory in Peking to the horrors of the Korean war, and from a dirge mourning the defeat of Arab forces to Israel in 1967 to the failures of world bodies like United Nations Children’s Fund (UNICEF) to provide adequate food to war-ravaged children. In the preface to his first collection of poetry Chand Nagar (Lunar City), Insha admits:

“My longer poems are mostly the product of the conflict between the bitter realities of my surroundings and my romantic temperament…The Korean War shook me up and its echoes will be heard in all my poems until the present. For me, war is not a headline of any newspaper but it signifies fire and destruction, and a soldier is not merely a uniform, gun and medal, but a body and form of a son, brother and loved one.”

On the belated occasion of Insha’s 90th birthday (June 15), I am sharing an original translation of one of his lyrical anti-war poems, Aman ka Aakhri Din (the last day of peace), originally published in 1952, which is still a relevant warning about the horrors of war. As readers will undoubtedly see, here he comes across as a deeply political and prescient poet, a far cry from the anomie of his exquisite ghazals and the affability of his sophisticated humour.

“Why in every headline of the evening papers today

Every word weaves a tangled web

With every cloud a doubt emerging

Thoughts lie writhing in the corners of the mind

Now every line reeks of gunpowder

It is difficult crossing every page unsuspected

Let’s see what happens as the morning arrives

So many thoughts one had never thought before

So many faces one had never seen before

With faces like nightmares embracing every vein and fibre

All those marks becoming hazy by the evening

The storm is about to rise from the West

There is still hope in the veiled lamp

The atom with its embrace of a thousand upheavals

The Adam whose collar is still torn with grief

A peace which was found after offering a life

A tear still luminous on the dead faces

That gun which will be subdued somewhere one day

That mass of bombers comes advancing

A merciless bolt of lightning waves

Sticks leap from every corner

The pension given to the brave soldier in return for which

He is given a jerky crutch to one side

A platoon which flew to reach the field

Those loved ones who never returned from there

That medal awarded after years of toil

And is left shining on the chest of a corpse

A delicate twig in a garden of youth

Blown to bits by the flying parts of the bomb

The fruit of his aged parents’ years of prayer

He breathed his last in some alien field

‘Your darling child has sacrificed himself for the country’

That bazaar of the war going where

Man’s price has still not increased in centuries

That silver, those sparkling silver coins

Which could not buy every single thing in the world

But even after every 20 years, the same deals

The same traders, the same commodity, the same price even

That tale left on the lips unsaid

That longing entombed within the bosom

The rush of thoughts which ceases all at once

The body pressed within the empty hollows of the ditch

The tanks will arrive to level the pile

The unmarked graves will be overgrown by forests within two years

The land of hearts brimming with pain

The elegant mention of some friend

Alas! The fragrant flowers of how many past springs

Today lies buried within the stench of corpses

Blood issues from the wounds of cold bayonets

That same night, its terrible dreams, the same

Who is this abruptly rising from the bed, startled

‘May God keep my child safe’

A star had broken at one place, drowned elsewhere

That poison which will again dissolve in the soul

That wound which arrives with news even of the heart

Spring will come in the swaying fields

But the flautist will not return by these lanes

The pasture will not roar with his tunes

The turban of some bridegroom, a flower of some bed

The burning lead, the edge of some bayonet

The sorcerers of politics sitting at home

With every morning newspaper held on their knees

They think while reading the latest news

About the increase or decrease in the cotton rates

Far from my city are those fields where

The flame licks the gunpowder’s chest

A minaret of a mosque, the roof of a school

Becomes a burning rubble in an explosion

Any field or factory or bridge or rail

That morning which in the expanse of every mind

Sows a row of unseen crosses

The vomited poison of the news supplements

Which just increases the pressure of horror

The names on the lists begin to dance with impatience

In the desert of Tobruk still

One can hear the call of one’s lost relatives

There is neither news of victory nor meetings and processions

A wind comes and passes

Who would really love bones?

Here there is no friend, companion or visitor

The river of darkness carries a storm on its shoulders

It arrives to drown the little boat of hope

And when the days of the duration of evil extend further

But the heart cannot recover from its pain

Victory which took something but couldn’t give

A town which was never so desolate

The bluish smoke does not arise from the stoves anymore

And an owl cried in a village chaupaal

The lotus eyes, the bookish face

A tress which was dwelling in fragrance

And when soldiers from far-away lands came

The vulture won these stakes in the open field

Korea informs us of so many desolations

This place was a city, a village, a town

A singing bullet from a gun

A shadow left to writhe in some ditch

Carrying years of his desires in his chest

A strapping youth brought up in 22 springs

A corpse which can rot within two days

The embrace of the beloved, but death too

Not possible to commit to both, simultaneously

The melodious song of the stream, but napalm too

Now should one befriend one, or the other?

It is not difficult to choose between life and death

Do not cloak straight talk with arguments

Time is passing by

Whims come knocking on the door of the heart

The dove may yet be ready and full of lightness

But a thousand miles until the bombers speed

Sharpen; sharpen the melody of the song of peace

The dashing heroes are out and about

To make every village a Hiroshima

Memories which neither become hazy nor erased

And once again we are on the threshold of war

Those Josephs will not be given to God

They will set upon the same alien fields again

The sky is unfortunate and dark, the stars sad

The moon afraid of emerging out of the cloud

The heart is pressed within the passionate mass of clouds

The morning caravan arrives – but where?”