I am proud of you, Lala! 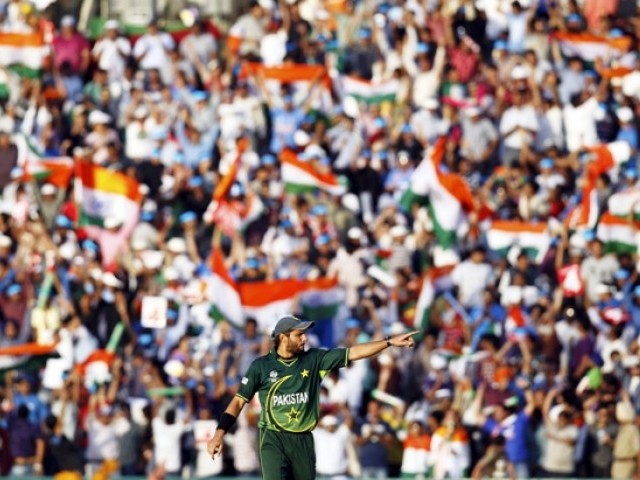 I praise and cheer our team and captain as they fly back.

Even though Pakistan cricket has been kicked in the gut for the last few years, our players are ever-ready to put up a fight.

Afridi and his men gate-crashed in to the semi-finals against all odds, topping their group and sending home West Indies with a 10-wicket win – the first ever in the knockout stage of a World Cup in the process.

No sane person ever writes Pakistan off.

The semi-final against India saw vintage Pakistan. Our bowlers restricted a strong Indian batting lineup to a below par score despite six dropped catches! The Mohali crowd was stunned into silence when Wahab Riaz produced a gem of a delivery to knock over the stumps of an in-form Yuvraj Singh, taking two wickets in two balls. His five-wicket haul kept India limited to 260 despite Umar Gul proving to be expensive. The batting started well before it imploded, resulting in a 29 run defeat.

Younus Khan and Misbahul Haq played as if they were trying to save a Test match rather than win an ODI. And the question on everyone’s mind is: why didn’t Afridi take the batting Powerplay while he was at the crease? A few quick runs at that time could have shifted the momentum in Pakistan’s favour.

I’m sure you can point out more errors, but let’s leave the dissection of the performance for another time. Now is a time to celebrate and support our team rather than be critical.

The two teams that were billed to be the favourites at the start of the tournament have now reached the final and Pakistan stands in good company. We beat one of the finalists in the group stage and almost defeated the other one. Pakistan ended Australia’s dominance in World Cup matches and that eventually led to Australia’s ouster from the final of a World Cup after 15 years!

Afridi led from the front by becoming the leading wicket taker of the tournament (although he may relinquish his spot to Zaheer Khan during the final) and his emotional and sometimes out of the box captaincy, which has been criticised, did the team a lot of good.

Afridi is a man who wears his heart on his sleeve and his heart beats only for Pakistan. He is ready to back his players whenever required and must be given a long run to mold a team more competitive than the current one.

I praise and cheer our team and captain as they fly back. They gave us a lot to cheer for and be happy about for the last month. They gave it their all and were beaten by a better team. It is  time that we give them a hero’s welcome.