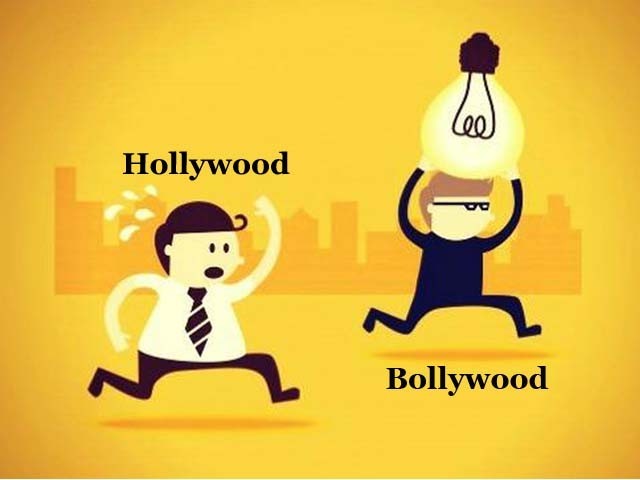 It is absolutely unbelievable to see how low Bollywood can stoop to. PHOTO: LINKEDIN

I realised what a waste of time Tubelight was only after wasting nearly three hours of my life watching it. I searched for reviews of the movie to see if I was the only one who thought along such lines.

While searching for video reviews on YouTube, I came across a young movie critic’s review. This review pointed out that Tubelight’s storyline was extremely similar to a Hollywood movie called Little Boy. Thus, apart from being a terrible movie, it turned out to be a distasteful copy as well.

During the 40s and 50s, movies with strong scripts and innovative storylines were being produced. Original ideas came to the forefront as young filmmakers fervently pushed the envelope, shed light on taboo subjects and highlighted a realistic picture of the Indian society.

There were some commendable filmmakers such Sohrab Modi, Chetan Anand, Guru Dutt and Raj Kapoor during that era. Modi produced some groundbreaking movies such as Kismat, based on pickpockets, followed by historical movies such as Pukar and Sikander; Anand produced Neecha Nagar which highlighted the caste system in Hinduism; the legendary Kapoor produced movies filled with raw emotions and societal wickedness such as Aag, Barsaat, Awaara and Shree 420; and the enigmatic filmmaker Dutt produced one of the finest works in Indian cinema history with movies such Pyaasa, Kagaz Ke Phool and Sahib Bibi Aur Ghulam.

The 50s decade was arguably the golden period of filmmaking and Indian cinema was at its peak. Mother India had also been nominated for the Oscars. Astounding concepts, original ideas, powerful scripts, spectacular dialogues, awe-inspiring lyrics and breathtaking music is what made Bollywood famous.

But with time, Bollywood’s quality began diminishing and the issue of plagiarism seeped into the film industry. This could very well be due to the fact that Bollywood would receive funding from crime syndicates and underworld gangs back in the 60s and 70s. Haji Mastan, a notorious gangster was known to fund numerous movies in Bollywood.

Eventually, this issue led to the deterioration of originality and creativity amongst directors and producers since they knew they would receive financing regardless. As long as everyone’s pockets were being filled, nobody protested against the death of innovation.

Barfi, the 2012 mega hit, was sent to the Oscars, but it was yet another copy of numerous Hollywood movies. Unfortunately, director Anurag Basu lacked even the basic ethics and courtesy to credit the original sources he had copied the idea from.

Several videos were uploaded on YouTube showing side-by-side comparisons of Barfi with Hollywood movies such as Cops, The Adventurer, City Lights, Singing in the Rain, Project A, The Notebook and Benny & Joon. They also accused Barfi’s music director, Pritam Chakraborty, of copying the background music from the French movie Amélie.

This brings me to my main question – despite having enormous budgets, why do Bollywood filmmakers still resort to plagiarism?

The only two rational explanations that I can come up with are that a) they do not want to risk trying out novel concepts in fear of losing money at the box office; and b) they believe the Indian audience is ignorant and wouldn’t mind a plagiarised movie.

At times, I find it difficult to comprehend the reality that some of Bollywood’s greatest productions were a rip-off of Hollywood movies. The famous Hindi classic Ae Dil Hai Mushkil was copied from a Hollywood classic song My Darling Clementine.

Other great songs such as Chura Liya Hai (1973) are also copied from an English song, If It’s Tuesday.

One of our most patriotic songs, Mera Mulk Mera Desh, is copied from the Israeli national anthem. It is absolutely unbelievable how low Bollywood can stoop.

Anu Malik, a household name in the film industry, duplicated the epic title score of the Hollywood movie Godfather and turned it into a lacklustre Hindi song called Raja Ko Rani Se Pyar Ho Gaya; he literally tore the original song apart. Malik used plagiarism as his signature style and was apparently proud about it.

Bollywood is a cartel and thrives on dynastic casting and nepotism. Today’s superstars are the offspring of Bollywood royal families, such as the Bachchans and Kapoors. Even though their achievements are dismal, they have the gall to celebrate their ordinary and copied work.

While lashing out at the Indian filmmakers for plagiarism, one cannot help but admire the great Mozart of Madras, Allah-Rakha (AR) Rahman, the only music director with original scores, compositions and direction.

His work in classic movies such as Kadhalan, Bombay and Roja are incredible. The famous song Urvasi became a hit in 1995 and had people talking about Prabhu Deva’s dazzling dance moves in the song, which were further electrified by Rahman’s breathtaking music score.

Urvasi was also performed by the American rapper Will I Am in collaboration with Rahman, but was dull in comparison to the original.

It’s high time Bollywood filmmakers understand the importance of originality. All they need to do is look back to the 40s and 50s to seek inspiration.

Read the author’s list of films plagiarised by Bollywood here.