I think, pray and speak in English, so why should I speak to my children in Urdu? 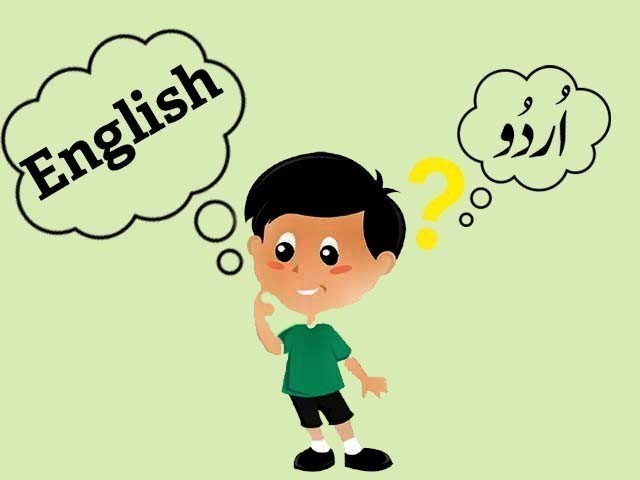 I do want my children to acquire a level of Urdu which will allow them to be able to understand their grandparents, aunts and uncles.

My twins are almost three-years-old and they can’t speak Urdu, my ‘mother tongue’. They hear it being spoken around the house, and occasionally I may try to converse with them in Urdu but truth be told, it doesn’t come naturally. As first-time parents, we did get the infamous lecture that we should only speak to our children in Urdu or else they will never be able to speak the language.

“Don’t worry, they will learn English at school but you must speak to them in Urdu.”

The common fear is that our children will drift away from their cultural heritage. Most people believe that language is what will keep our children connected to their culture; I only gave this thought after a dinner table conversation we had with some family friends. Their children were of similar ages to ours and both spoke fluent Urdu. They were passionate about maintaining Urdu in the house so much so that they felt the need to warn us of the ‘mistake’ we are making.

Needless to say, after a few days of being defensive of my children’s inability to speak Urdu, I did start to feel parental guilt. I began to think of how I could mend my ways and start conversing only in Urdu with them. I thought of finding an Urdu tutor, Urdu YouTube videos, Urdu flashcards and Urdu books. However, after my mum guilt slowly faded away, I was back to my old antics.

I’m a third generation immigrant who was born and raised in England. I can speak Urdu, English and my Punjabi is quite awful. My love for languages grew throughout my schooling. French was compulsory as was German. At university, I majored in Arabic and took a minor in French. Despite knowing the plethora of benefits associated with being multi-lingual, I still haven’t been able to pass the gift of Urdu to my children.

Language is essentially just another form of communication and at the same time it is so much more than that.

Nelson Mandela’s words very simply highlight how this form of communication, unlike any other, is so connected to our being.

It is for this exact reason that I find it difficult to pull myself away from speaking in English with my children. Despite Urdu being my official ‘mother tongue’, English is the language I think in, pray in and prefer to speak in. So then why would I not use this language to communicate in with my children? Children learn the most in the first six years of their lives and it is a crucial time in their development. Currently, I am not able to convince myself that I should compromise my ability to guide them through these crucial years using a language that doesn’t flow naturally with me.

Nevertheless, I still want them to be able to at least speak Urdu. I am not hoping that my children grow up to be avid readers of Mirza Ghalib or Faiz Ahmed Faiz. However, I do want them to acquire a level of Urdu which will allow them to be able to understand their grandparents, aunts and uncles and be able to listen to family stories, life advice and the seasoned opinions of our elders.

Is this an unreasonable aspiration for my children? I think not. I fail to believe that one cannot acquire the skill of a new language out of the home environment. Yes it’s harder, it requires some effort and it is not the same as submerging yourself amongst the native speaker but it is an attainable goal.

I believe the discourse surrounding keeping the Urdu language and Pakistani culture alive in immigrant households is somewhat dated. Instead of looking for constrictive solutions to this epidemic, people are more concerned with highlighting the shortcomings of parents.

We need to connect to keep this language alive in a way that will adapt to the ideals of an immigrant generation and appeal to generations to come. We are living in an era deeply entrenched in institutionalised learning environments. Establishing a network of Urdu language schools which mimic the learning environments their students are accustomed to will greatly increase the likelihood of both children and their parents maintaining Urdu as a part of their lives.

Some would argue institutionalising the learning of the Urdu language would kill the essence of what is supposedly our mother tongue. Perhaps it will, but it remains that without this method. Urdu is sure to die in many homes.

“Only change is permanent.”

We must adapt to change as well as accept change. Not all families of Pakistani origin will be able to maintain Urdu in their homes and this should be perfectly acceptable. What is perhaps not acceptable is if we do not collectively help one another to create accessible and accepting learning environments for future generations to have the option to acquire this beautiful language if they so please.