If you think Qatar’s ostracism is an awful misunderstanding, you are dead wrong 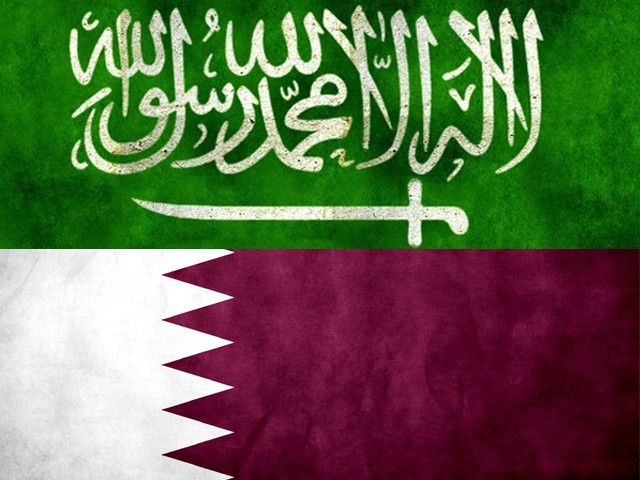 For Qatar, to falter towards the Iranian side is the biggest sin in the eyes of nations who have tacitly fought it through proxies.

Queen was never my first choice of music when I was an avid music lover during my youth. I guess Freddie Mercury’s antics were not really to my taste. I stopped listening to music over the years because I wanted to choose mental clarity over residual ideals that music brings with it.

However, there have been several events throughout world politics that have reminded me of Queen and their seminal classic ‘Another one bites the dust’ – Qatar’s expulsion from the fold of ‘peace-loving’ Arab nations being the most recent example.

To everyone who thinks that Qatar’s ostracism by its once chummy Arab buddies namely Saudi Arabia, Egypt, the United Arab Emirates (UAE), Bahrain, Yemen and the Maldives is an awful misunderstanding, you are dead wrong! Nothing could be further from the truth. For the sake of a recap, powerful nations from the Gulf Cooperation Council (GCC) cut diplomatic – and to make it worse people to people – ties with Qatar.

They accused it of funding and supporting terrorism in the region, something that some of these countries have been blatantly caught doing themselves (but that is beside the point right now). The final nail in Qatar’s coffin was not its known support for the Muslim Brotherhood, but rather the leaked messages which showed their change of heart towards Iran.

If Donald Trump’s visit to Saudi Arabia late last month was anything to go by, Iran is the new boogeyman for the West and the Arabs in the Middle East. Wait, I should correct myself, Iran has always been the boogeyman for the Arabs since the revolution in 1979.

For Qatar, to falter towards the Iranian side is the biggest sin in the eyes of nations who have tacitly fought it through proxies in the battlefields of the Middle East and even in Pakistan. Turkey came to Qatar’s aid and voted an increase of its troops posted in Qatar, followed by Iran which is sending food to Qatar by the tons to counter the Arab blockade. For this seemingly haphazard turn of events, there is a pattern.

The main reason behind Trump’s visit to Saudi Arabia and the subsequent arms sale to the Gulf nation was not just to save the American economy through a business deal. It served another ulterior motive, which I had alluded to earlier in my last blog on Syria. It is no secret that America’s economy is in the gutter, with its debt to Gross Domestic Product (GDP) ratio climbing to a whopping 104.17% in 2015. As the US government borrows to print its currency, the demand or power of the US dollar comes into sharp focus when international trade and the petrodollar are discussed.

Needless to say, the survival of the US economy depends on the relevance of the dollar in international trade, especially the trading of oil throughout the world. Saddam Hussein paid the price for challenging the dollar’s hegemony in the oil trade in 2003. The cementing of America’s relationship with the Saudi monarchy is primarily due to Saudi Arabia’s sway in Organisation of the Petroleum Exporting Countries (OPEC) and of course its subservience to American interests.

Renowned investigative journalist Robert Fisk wrote an aptly titled expose “The demise of the dollar” in the Independent in 2009, which rang alarm bells for the US monetary establishment.

He claimed that the GCC countries planned,

“Along with China, Russia, Japan and France – to end dollar dealings for oil, moving instead to a basket of currencies including the Japanese yen and Chinese Yuan, the euro, gold and a new, unified currency planned for nations in the Gulf Cooperation Council, including Saudi Arabia, Abu Dhabi, Kuwait and Qatar.”

According to Fisk, this plan is to be executed in 2018. The article made another resounding prediction:

“A future economic war between the US and China over Middle East oil – yet again turning the region’s conflicts into a battle for great power supremacy.”

Factor in Russian interests in the region and there you have it.

I have said this before and I will say this again, whoever wins the Syrian conflict will eventually control the region. If the US and its allies win through their proxies, the US dollar will be saved and the rise of the East will suffer a big setback. However, if Iran and its allies (or you could say Russia and its allies) namely Russia, China, Iraq and Syria win, the rest of the gutless Arab monarchies will switch sides and dump the US, at least strategically, thus bringing about the death of the US dollar. This can be easily predicted given the fact that in international politics, everyone chooses their national security (read wealth and power) over their friends.

Qatar is just the first GCC nation to realise that its future lies with the Russia, China and Iran bloc. Even if it claims to have been hacked and news of the Sultan’s views is fabricated, one cannot deny the great timing and impact of this ‘conspiracy’.

Turkey’s support for Qatar is also not random. There is a history of silent enmity between the Turkish religious establishment and their Saudi Wahhabi counterparts revolving around who controls the soul of Sunnism. This discussion, however, is for another time.

Perhaps, this is one the reasons why the Saudi bloc just demanded the removal of Turkey’s military base in Qatar as part of its 13 demands to end the boycott. Also included in the demands is the shutting down of the Al Jazeera network, the most prominent and respected news group in the Middle East. The expected demands of cutting back ties with Iran and with the terrorist groups that Qatar allegedly funds are also included. The bloc has given Qatar 10 days to comply or the boycott stays.

The cutting back of ties with Iran and terrorist groups may seem like a grounded demand, which was the original reason why the Saudi bloc were incensed, but the removal of the Turkish military base along with shutting down Al Jazeera are absolute nonsense. This is a bullish attempt at isolating Qatar, so that it would be ready to take dictation from the Saudis in the future.

If the current ‘Saudi royal happenings,’ which were brilliantly covered by Al Jazeera, are anything to go by, it can be alleged that the demand for shutting down the network came from the new Crown Prince Mohammed bin Salman himself. I guess he doesn’t like their prying eyes into his meteoric rise in the Kingdom where he just overthrew his cousin to become the ‘king apparent’ and America’s go-to man for the future.

The Americans, and naturally the Saudis, want Qatar on their side but they want it to be like the rest – towing the imperial will like mindless zombies.

Even when the US has bases inside Qatar and Turkey, their supposed ‘infidelity’ to the imperial cause is something that could have been predicted, if one were to read Bertrand Russell’s essay discussing the rise and fall of civilisations. He argued that throughout history, whenever the West rose, the East declined, and whenever the East rose back, the West began to decline. If the logical analysis of history is anything to go by, the East is rising and the power of the West is on its decline. The Middle East, like all other nations is going to adjust to this reality one nation at a time. Qatar is smart in having made the first step towards the future. Whether or not other Arab nations will follow suit, is yet to be seen. Only time will tell.

Author’s note: Reader discretion is advised. Do not believe in this ‘conspiracy theory’ if you don’t want to. Please invest in the dollar at your own peril.