‘My kidneys are not for kafirs’ 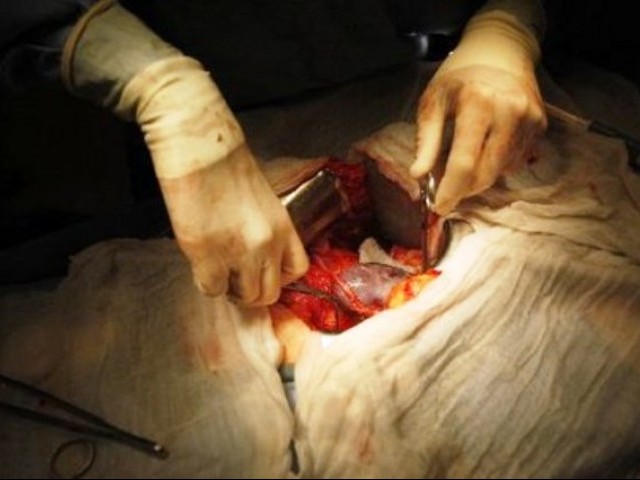 The cabbie's anger was about the mandatory organ donation questionnaire presented by the UK government.

A Pakistani runs our local mini-cab service in north London. This means we get fantastic rates when a cab is needed to get around.

It also means I get an odd assortment of Muslim drivers from different parts of the Muslim world. Sometimes, conversations with cabbies reveal a lot about their community politics and general worldviews.

It was one such conversation with an Algerian cabbie that got me thinking about the uniformity of hate and anti-western sentiment across the Muslim world. It also made me realise that I have justified reason to feel angry with the many Muslims settled in the United Kingdom who bite the very hand that feeds them.

A cabbie with a heart (but only for some)

The cabbie has been living in the United Kingdom for about a decade. He was expressing concern about the future his children will inherit as they are growing up in a poor, multi-cultural neighbourhood. He told me that he left Algeria because of the volatility of the regime and the general atmosphere of insecurity. Britain therefore was a safe haven. It was the country that gave him and his family refuge. It is where he earns his bread and butter.

I thought that his concerns would be along the lines of living in an area with a high crime rate or tensions around race. Instead it turns out that his anger is directed toward the ‘kufur’, all because as of July 2011 the British government will make it mandatory for driving license applicants to answer a question for organ donation.

The Algerian man driving the cab saw this as a threat because he did want to be donating organs to ‘kufaar’ – a term he used for non-Muslim people.

He also thought that that the government would use this scheme to conduct illegal trade in organs and that doctors would have a license to not save lives in the interests of harvesting organs for donation.

His view is a common one found in Muslim diaspora across different nationalities. I tried to argue rationally with him speaking about the rule of law, which governs organ donation schemes. I told him about the illegal organ trade in Pakistan, which has left many an unsuspecting poor person in harm’s way.

I even appealed to religion telling him how in Islam saving a persons life is the greatest gift that one human being can give to another (the British National Health Service has a guide to organ donation and Muslim belief).

But the principle remained. He did not have a problem donating so long as it is to a ‘Muslim brother’.

What’s loyalty got to do with it?

Never mind that this country gave him safety and security; never mind that this is the country that gives him the dignity and respect to live his life and support his family. Its citizens are not to benefit from his generosity all because every western government is after the Muslims.

“They want to rob us of our resources and our strengths and eliminate us.”

His ‘kufur’ conversation progressed into the typical hate-the-Jews and hate-the-Americans narrative. Whilst he continued in this vein I had a parallel conversation going on in my head.

I was thinking about the uniformity of the hate machine across the Muslim world. Perhaps, if we were to identify the one unifying factor of pan-Islamism, it would be to hate anything that is not Muslim, especially the West and the Jews.

I think what left me sad and angry is that often it is these narrow and extremist viewpoints that configure the debate parameters on Muslim integration in Britain.

It is people like the Algerian cabbie who make it difficult for people like me who love living in Britain and recognise the freedoms that this country has to offer.

I did point out to him that these days being Muslim in a Muslim country can be a great danger. After all, we excel at killing our own people, whether it is sectarian or ideological or sometimes just plainly about power as in Libya.

We only need to look at ourselves to realise that kindness and mercy is not our forte. And yet when we seek safer pastures we are ready to spew negativity against the very system that enables us to be free and safe and live a fuller life.

It is the beauty of Britain that it allows the extremist and moderates to co-exist, but it is an uneasy truce. Notwithstanding my belief in human rights, I often feel that people like the Algerian cabbie should be shipped back to the countries that they came from.

They are not worthy of the benefits of tolerant albeit flawed society.