After all, Kabul is no Manchester, and the media and world’s reaction proved it 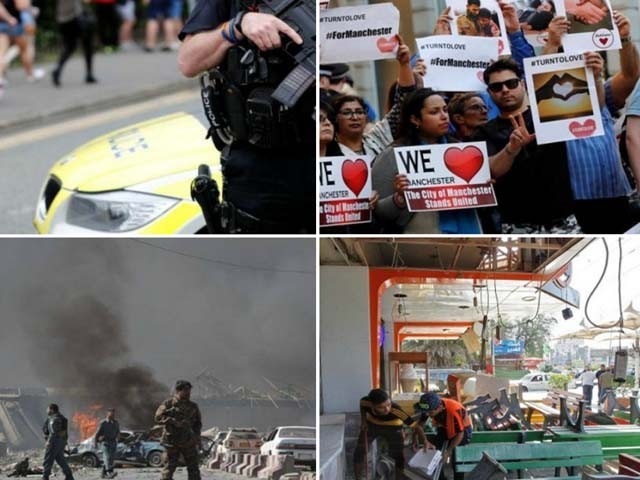 At some level, I do understand why no Facebook profile picture filters appeared or why no hashtags dominated the social media landscape after a bombing in Kabul or Baghdad. It is assumed that cities like these must be acclimatised to the reign of terror; to towering plumes of smoke; to children’s blood being spilled on the city’s pavements; and to mangled corpses strewn on the dirty streets. It is assumed that they must be used to mothers wailing in a strange cacophony; to rundown ambulances whirring past shocked onlookers, who in turn are used to their unacknowledged existence; and used to the lack of sympathy from any quarter.

Last Wednesday, a massive bomb killed 90 in Kabul. The day before that, an ice cream parlour explosion claimed 30 lives in Baghdad. Of course, both these explosions were covered by the international news media, but the world’s reaction was a bit muted. Kabul, after all, is no Manchester. While a bomb blast is a bomb blast, and any loss of life is sad, compare the difference in the magnitude of both the blasts.

The Manchester explosive was a homemade affair, filled with nuts and bolts to serve as shrapnel. It caused 22 casualties because the bomb was placed in an enclosed and overcrowded place. In Kabul, the sewage tanker used was laden with 1,500 kilograms of explosives. It left a 13-feet deep crater on a concrete road. Had the same blast taken place in an enclosed area, the number of casualties would easily have been in the hundreds. While survivors of the Manchester bomb were consoled by Ariana Grande’s benefit concert on Sunday, I wonder who will provide solace to the survivors of Kabul.

Kabul had barely recovered from the attack on Wednesday when there was another bomb blast on Friday at a protest. The number of deceased was seven. In London, on Saturday night, three men used a vehicle and knives to cause mayhem in the Borough Market area. The number of deceased was seven. Scroll through your Facebook newsfeed to find even a mention of the Kabul attack on Friday. On the other hand, every news item screamed out loud that London was under attack.

Theresa May appeared in front of the press on Sunday, rightly denouncing the “single evil ideology of Islamic extremism” responsible for the London attack. Right after, she touted,

“It is an ideology that claims our western values of freedom, democracy and human rights are incompatible with the religion of Islam.”

This is true, because it is what terrorist organisations such as the Islamic State (IS) and al Qaeda claim. But pray tell, why do the same kind of misguided and vile miscreants target Muslim cities then? Neither Kabul nor Baghdad are citadels of “western values of freedom, democracy, and human rights”. It is because they look for easy targets. They may claim to be idealists. But guided as they are by an abominable ideology, they are also very practical people. They hit wherever and whenever they can.

In the Middle East and South Asia, they have a formidable network of resources and people, which they use to launch deadly attacks. In the West, however, they have begun to use a different strategy. Much like Airbnb outsources the provision of rooms to local homeowners and Uber outsources the means of transportation to local car owners, the IS outsources the waging of its war to local Islamic fundamentalists in the West. How convenient. It is not that after the emergence of the so-called ‘Islamic State’, these assorted fundamentalists have begun to hate the West more. They have merely found a better business model – a better way to wage their war.

Since the advent of these Islamist terrorist attacks in the West, there has been this mantra by the right in the US, UK, and Europe that “Islam hates us”, that Islam hates the West.

First, any religion is fundamentally incapable of hating a multitude of people hailing from any particular region in the world or ascribing to a particular culture. Thus, Islam does not hate the West, but yes, a very small number of Muslims might, not all of whom might be marauding murderers though. There is certainly a connection between this visceral hatred and the evil antics of Islamic fundamentalists. It is not hard to imagine that in part this hatred stems from the West’s view of people from the Middle East (they lump Pakistan and Afghanistan in that category too) as what Edward Said termed as “the other”. It is a sense of intrinsic superiority which is a hangover of the West’s imperialist past.

Perhaps, the West’s indifference to atrocities in Muslim countries stems from this very mind-set; the mind-set which thinks that those people (those Muslims) may maul each other to death a thousand times over, but the moment they bring that cancer to “our” shores, it’s a problem.

If the West really cares about the scourge of Islamic terrorism, then voices in the West should denounce incidences of Islamic terrorism in the Muslim world as vehemently as they do incidents in the West. This is because these Islamic fundamentalists, who have perverted a great and peaceful religion, use it to expound their erroneous ideologies. More so, they use it in a bid to succeed in their nefarious plots, and are as much of an anathema to the Muslim world as they are to the West.

The sooner the West understands this, the better.